The most powerful, featured, and stylish machine from KTM.

Whenever KTM plans to work out on a new motorcycle, anticipations of moto-maniacs get peaked to the top spot. While the Austrian motorcycle manufacturer unveiled a prototype of a street-naked motorcycle, the 1290 Super Duke R at the EICMA 2012 in Milan, the response from the crowd was no different. Now the firm has come up with a concept of the Super Duke 1290R, which is designed by famous Italian motorcycle designer, Micro Sapio.

The all new design of KTM Super Duke 1290R looks extremely amazing and unique. The world hasn't witnessed such a motorcycle sketch in its history. Italian designers are known for drawing out individual beauty. So does the man, Sapio. 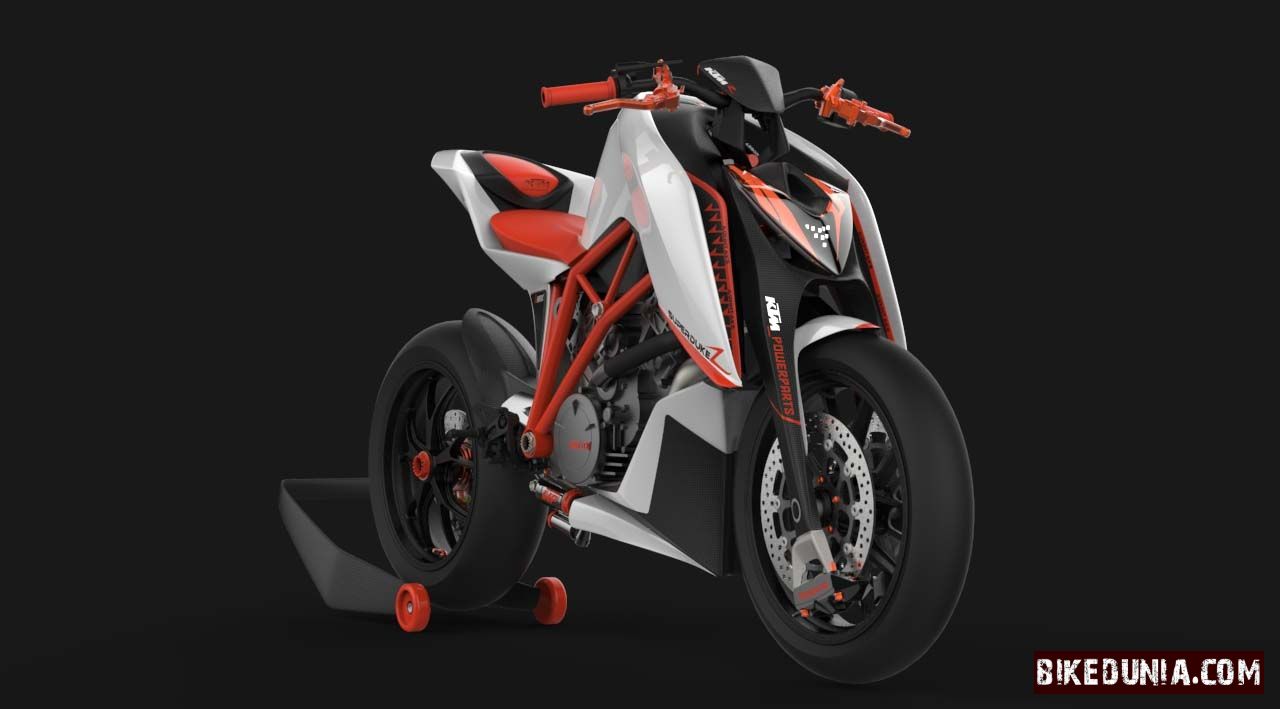 Sapio would have had only one thing in mind before moulding out a unique machine that was the motorcycle should be a mix of traditional KTM street-naked with all new design. Well, he worked out exactly what the motorcycle maniacs needed. Getting inspired from KTM machines, he borrowed wheel and frame works from the KTM line-up. But, that was all apart from KTM in design. He wedded an all new front-end with a never-before air-intake aerodynamic system. 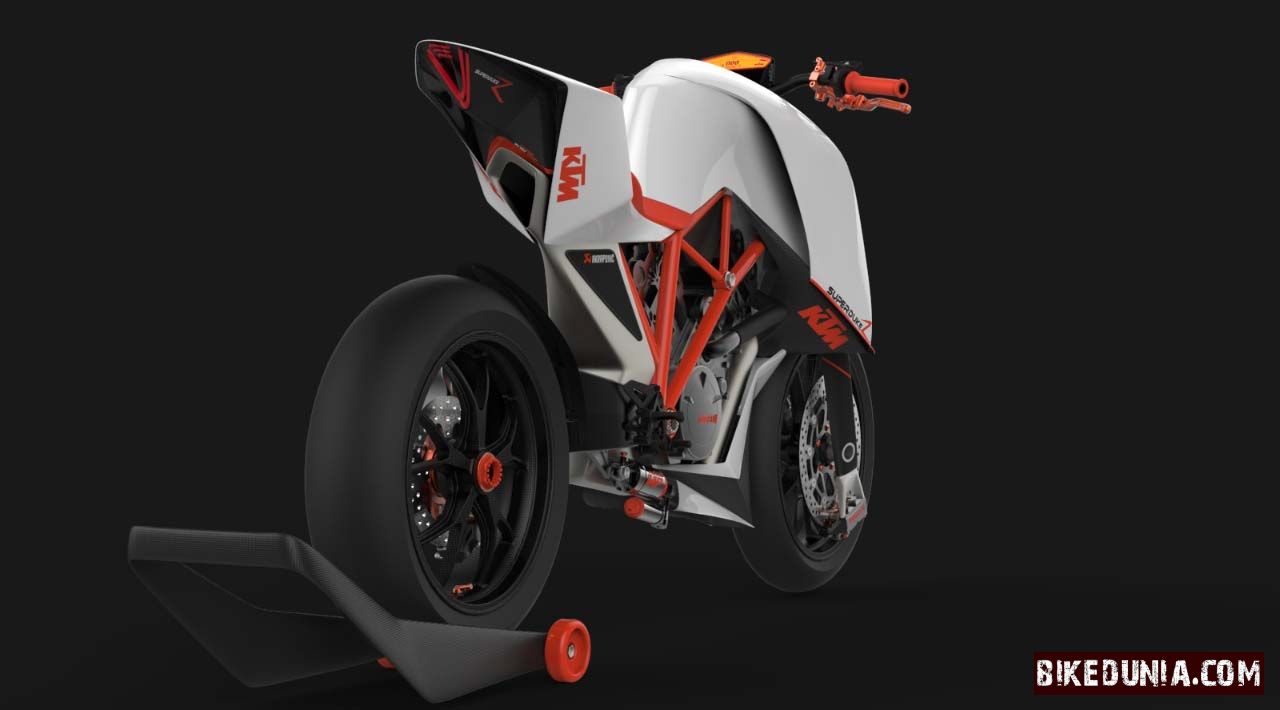 The front portion is further ornamented by a v-shaped cowl that is placed instead of headlight. It is still uncertain whether a headlamp will get placed rather than that body part. Moreover, its tail section is merely fabulous. Its LED backlight is such a stuff that we haven't seen yet in a two-wheeled or any-wheeled machine. The exhaust that is kept beneath the rear LED light is designed very uniquely. It seems that the exhaust is placed just under the pillion rider seat. 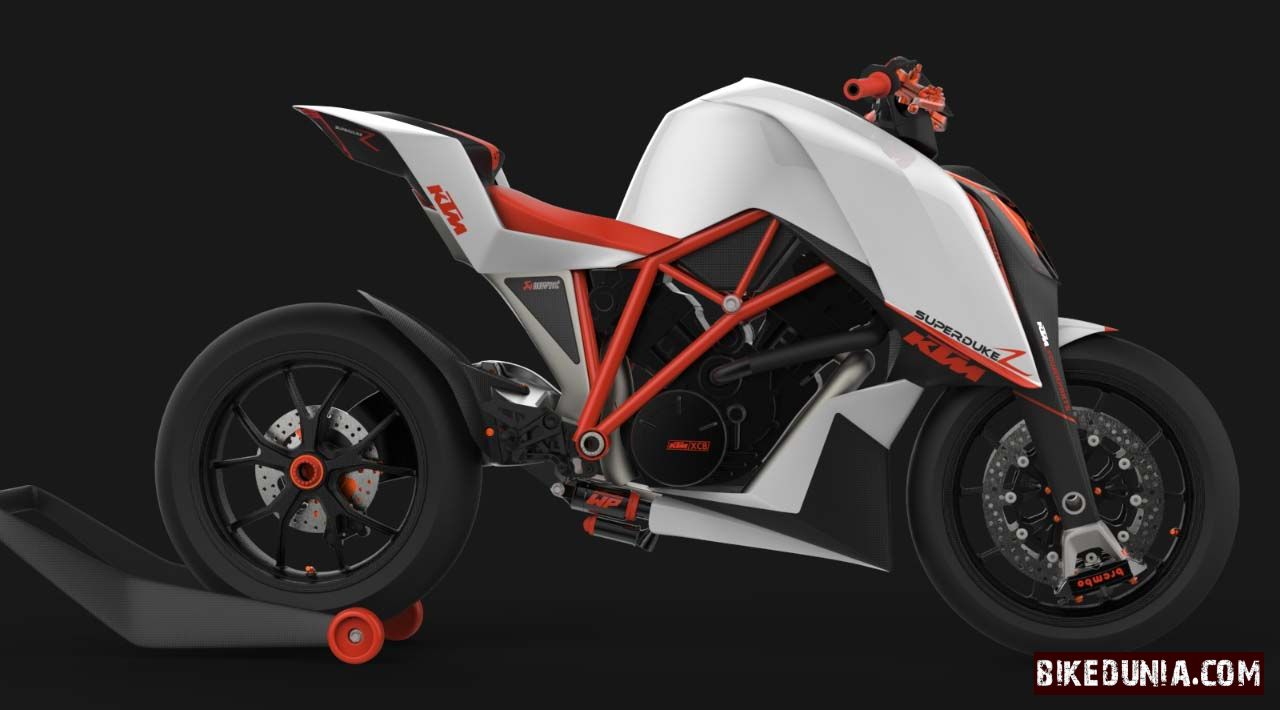 The machine's engine is tuned-up from its sibling, the KTM 1190 RC8 R. That is the Super Duke 1290R comes with a 100cc more sized, 1290cc, Liquid-cooled, V-twin based on the RC8 R with ride-by-wire throttle control engine. The super duper bi-wheeler is expected to produce 180 hp or more power. Anyway it would be the most powerful figures from KTM in this class so far. It is wedded out of Chrome-molybdenum steel tubular frame to maximize the stability and reliability. 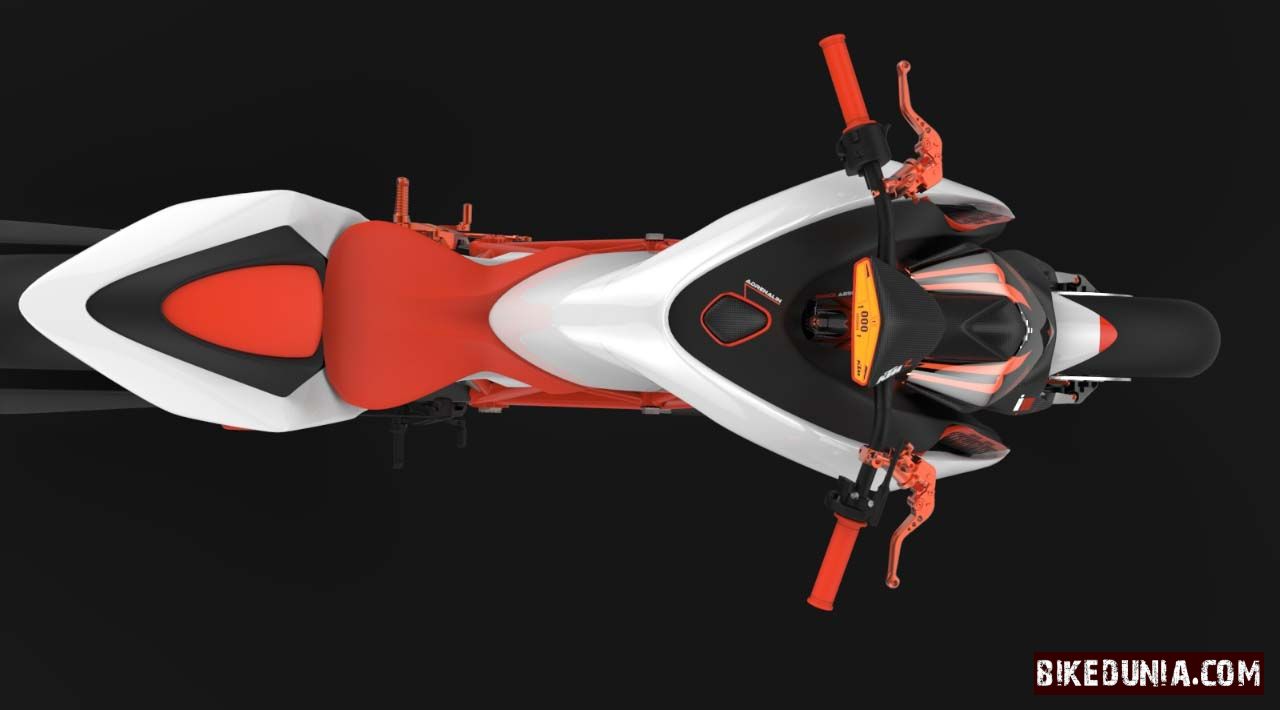 Certifying best in class comfort line-ups, the motorcycle gets mated with fabulous suspesnion tags such as WP prototypes, at the front-upside-down fork with gas pressure cartridge, and a directly connected shock absorber at the rear. It has brembo racing calliper brakes both at the front and at the rear. Moreover, electronic features such as ABS, traction control, anti-stoppie, and anti-wheelie control are attached.
Written by Jose Gonsalo Garshya.
Last updated on 11-04-2013. Published on 11-04-2013.