The E-Speed got debuted at Tokyo Motor Show.

Earlier, KTM CEO Stefan Pierer had press-released that KTM was in no mood to work out on electric machines. He also added that the petrol powered bikes' age was not over then. After his controversial statement that happened over a month ago, the Austrian firm KTM has displayed an electric scooter concept, the E-Speed scooter at the Tokyo Motor Show. This made every moto-journals shocked.

Now Mr. Pierer has also got some reasons to clarify his part. He was almost apologizing through his words delivered to media persons spread around him. He stated that the company was totally convinced about the importance of electric powered machines in the future days. It is also very beneficial for present day's lifespan. 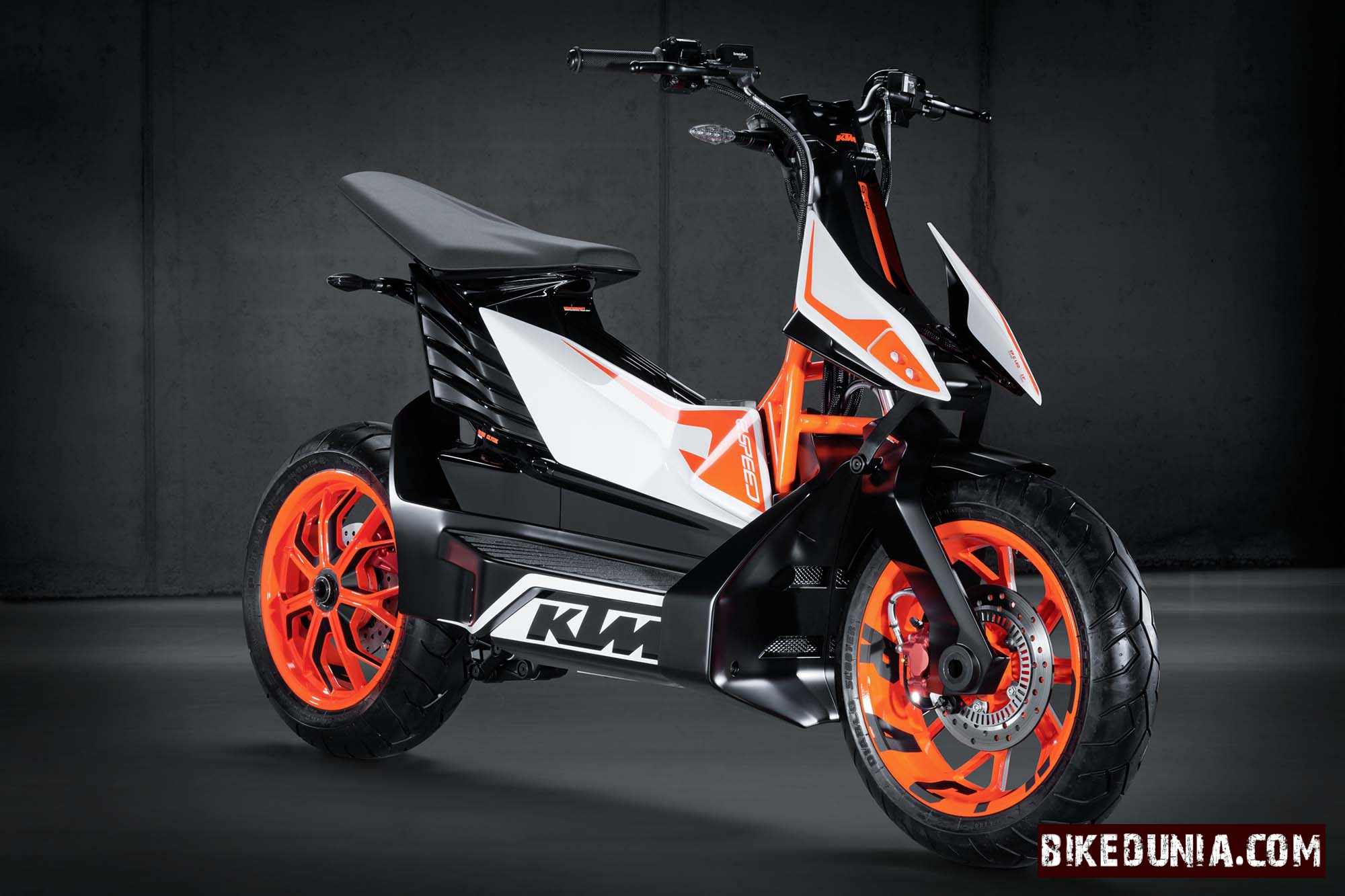 “We at KTM are completely convinced of electric mobility as a perfect complement to conventional powertrains. In the long term, the electric drive will come out on top for short distances – particularly in areas which are highly sensitive from an environmental perspective, like open nature and densely populated metropolitan areas! Vehicles like the ‘E-Speed’ and Freeride E can help powered two-wheelers win back more acceptance in society. Not just because of their environmental credits, but because they are easy to use, quick, and simply great fun,” said Mr. Stefan Pierer. 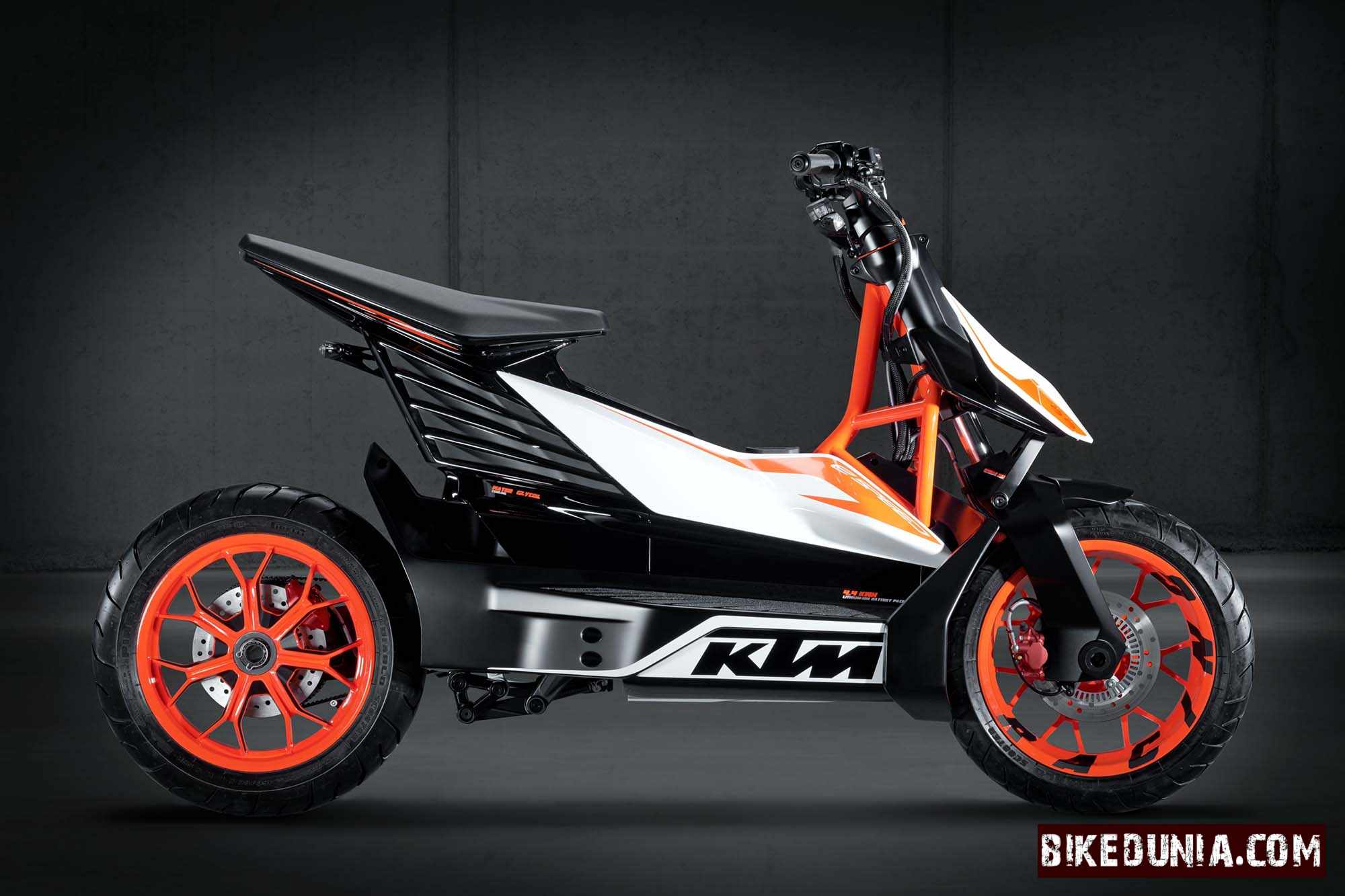 The E-Speed scooter is a recycled version of the electric dirt bike, the KTM Freeride E. Thus the recycled battery and motor technologies are used in the E-Speed. It is equipped with a liquid cooled 14.75 hp powered motor. The company has installed a bit bigger 4.36 kWh battery. This allows the rider to scoot more distance unlike the other machines in this class. 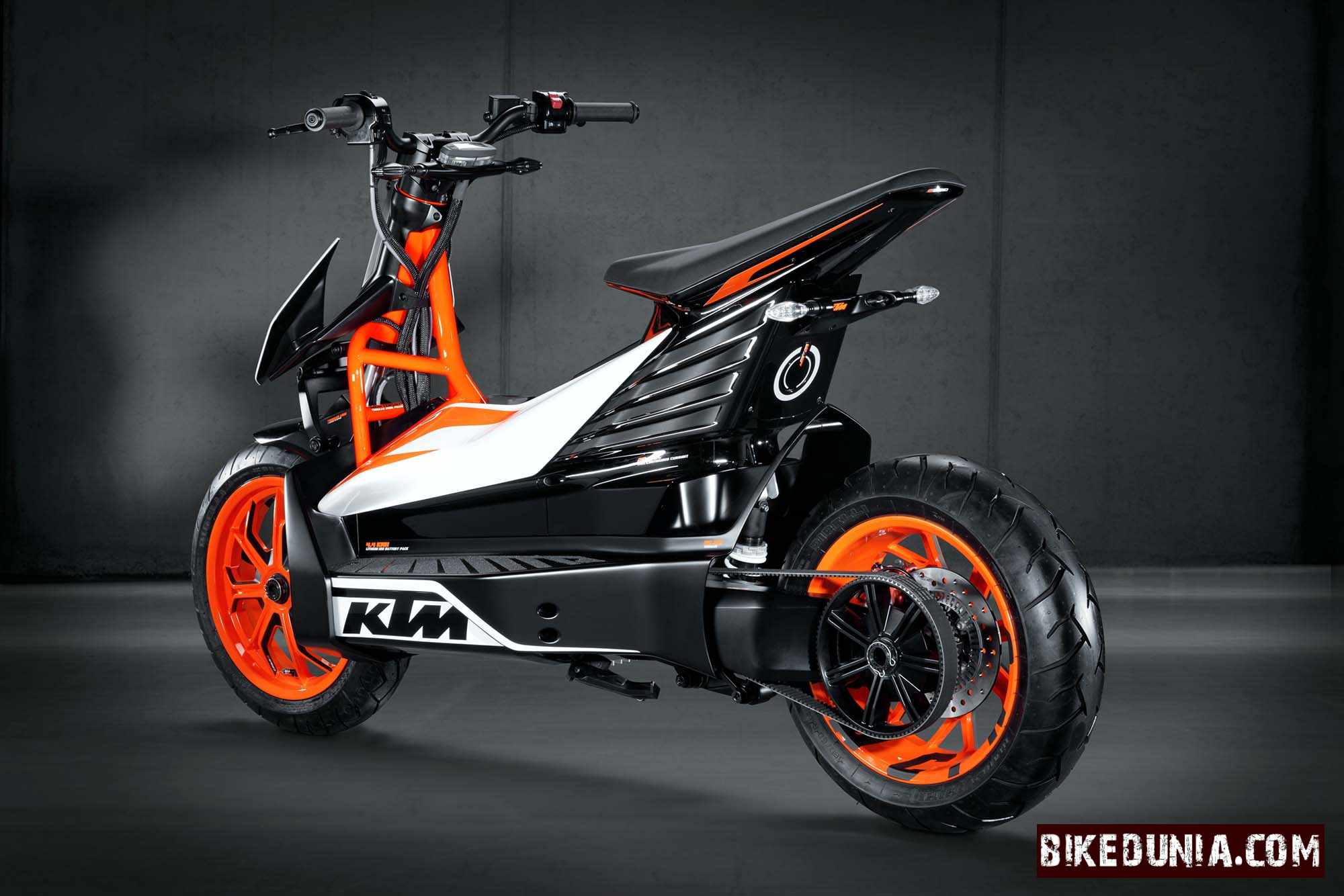 It needs only 2 hours to fully charge the battery. Its fully charged battery can take the machine up to 60 kms. The top speed of the scooter is unbelievably 85 kmph. Even 125cc scooters hardly goes beyond 80 kmph. Additionally, the E-Speed equipped with WP suspension, ABS, and single-sided front and rear wheel linkages. These make the scooter an extraterrestrial among the ordinary electric scooters in its segment. The scooter is designed by Kiska design team. Kiska is an Austrian designing firm.

It is very sure that once the machine is launched in the market, that will be boost for the urban sector and the whole industry. From the words of Mr. Pierer, it is understood that the firm is aiming city commuters with the E-Speed. However, there is no confirmation regarding the production commencement and launch of the scooter.
Written by Jose Gonsalo Garshya.
Last updated on 01-04-2013. Published on 01-04-2013.