When a fantasy concept, is transformed to reality. Unbelievable it is.

A new four-cylinder, 1650cc motorbike, the Bienville Legacy, was unveiled at the Goodwood Festival of Speed, 2015. The Legacy, which has been developed by Bienville Studios in New Orleans and designed by JT Nesbitt, has been in development over the years and will be one of the most advanced bikes available in the market. It's not a sport, a touring, a cruiser nor a cafe racer, it's something altogether different. There's obvious DNA from earlier Nesbitt designs, but it's truly in a class by itself. JT Nesbitt is a designer and builder with his own ideas, going against the grain and often in entirely new directions, but whatever he builds, you can be sure it won't be commonplace and with this new bike, he surely doesn't disappoint. Three concept Legacies have been produced, but the bike that was revealed at the Goodwood will be the first example of the production version. Its patented suspension leverages one composite leaf spring with the engine mounted at the center. For the first time on a production motorcycle, rake and trail adjustment will be available thanks to the composite blades.

This work completes two years of active design and fabrication on the heels of over eight years planning and design exploration. The result is an entirely new vehicle, reinventing how motorcycles function from the ground up. Break-through suspension design and steering integration have already earned patent coverage with applications pending in the bike setup and geometry. The look of the bike itself is a superb combination of form following function, establishing a visual design language unique of JT Nesbitt and his home in New Orleans. By separating braking and suspension systems, the weight transfer vector is lowered. A single, centrally located composite leaf spring for both the front and rear suspension eliminates steel coils further away from the mass center of the motorcycle. As an added benefit of a multi-link type of front suspension, front trajectories can be altered by varying length and placement of connecting links. The trail value fine tuning has the advantage of altering trail values for any given suspension setting. 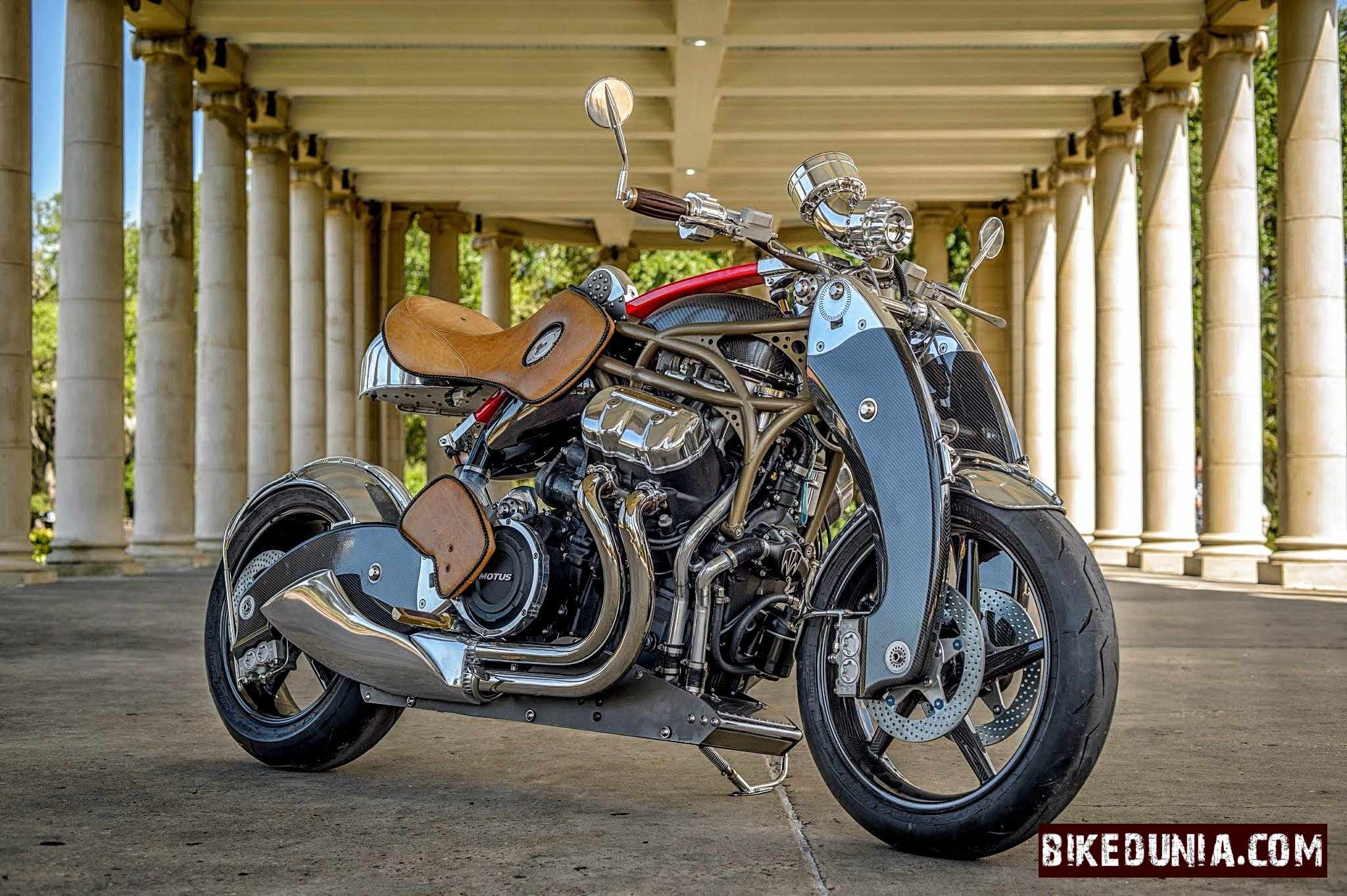 The Motus V4 configuration promises power and torque with relatively simple mechanical. Architecturally similar to the ubiquitous American V8, the Motus uses a single camshaft with push-rod actuated valves that while on the surface may seem primitive, makes full use of the tremendous technological development poured into this formula over the last sixty years. Drawing on both the tribal and corporate knowledge of automotive performance V8 configurations, it is an engine that is begging to be plugged into that most American of archetypes. Long, low, luxurious and blistering fast, an homage to the iconic Ace XP4, the Bienville Legacy Project completes the circle. 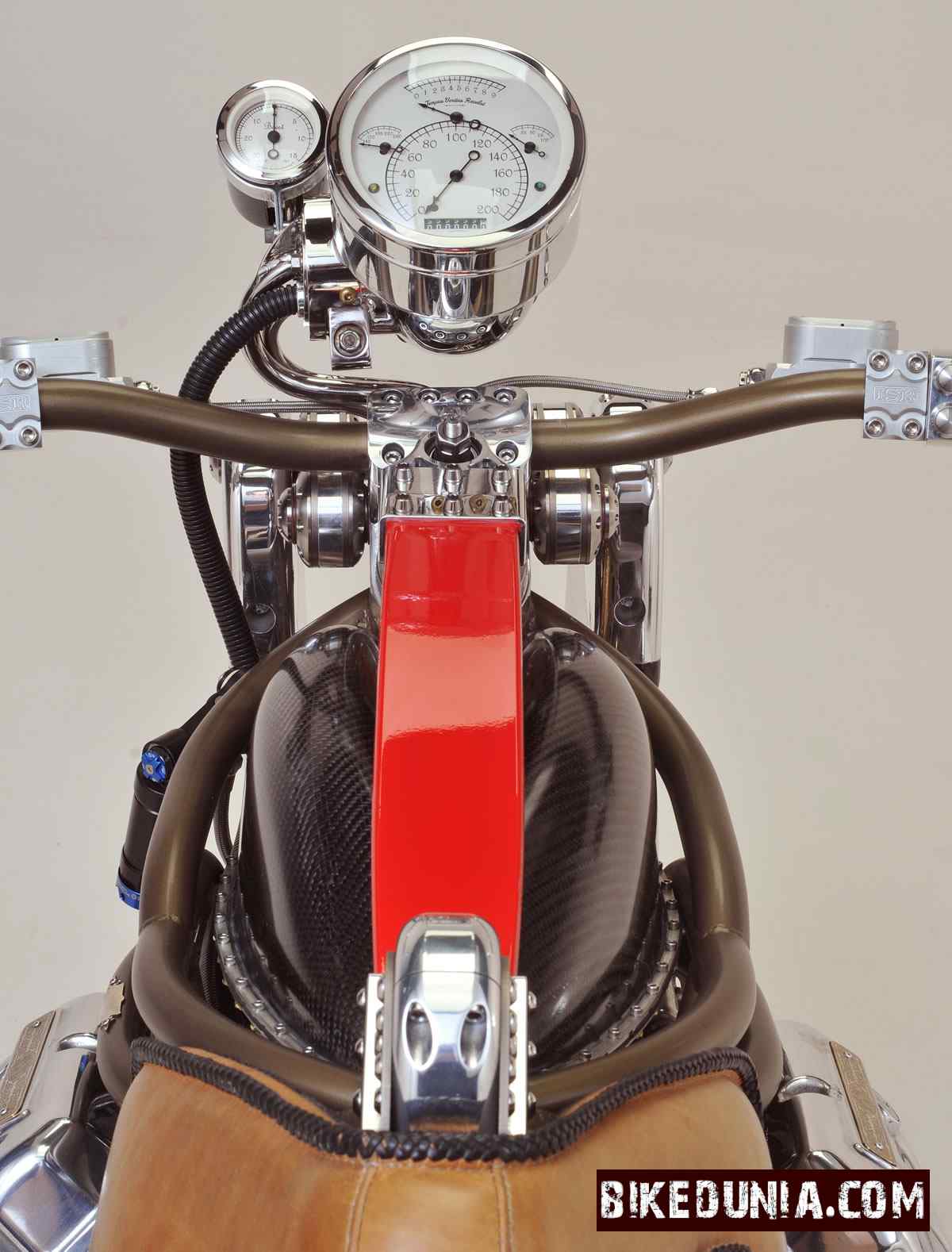 Motorcycle designing is a field that has many pretenders, but a very few rue practitioners. People who can craft a machine from start to finish, from sketch pad to road, are virtually non existent. Among the few designing companies, the Bienville Studios group are good practitioners. They offer neat jobs, and it is evident by the amount of time and years they take to build a bike. In regard to the Legacy, only 12 bikes will be produced and the cost pays to the amount of dedication and passion they take to build the bike. The price is slated at $350,000. 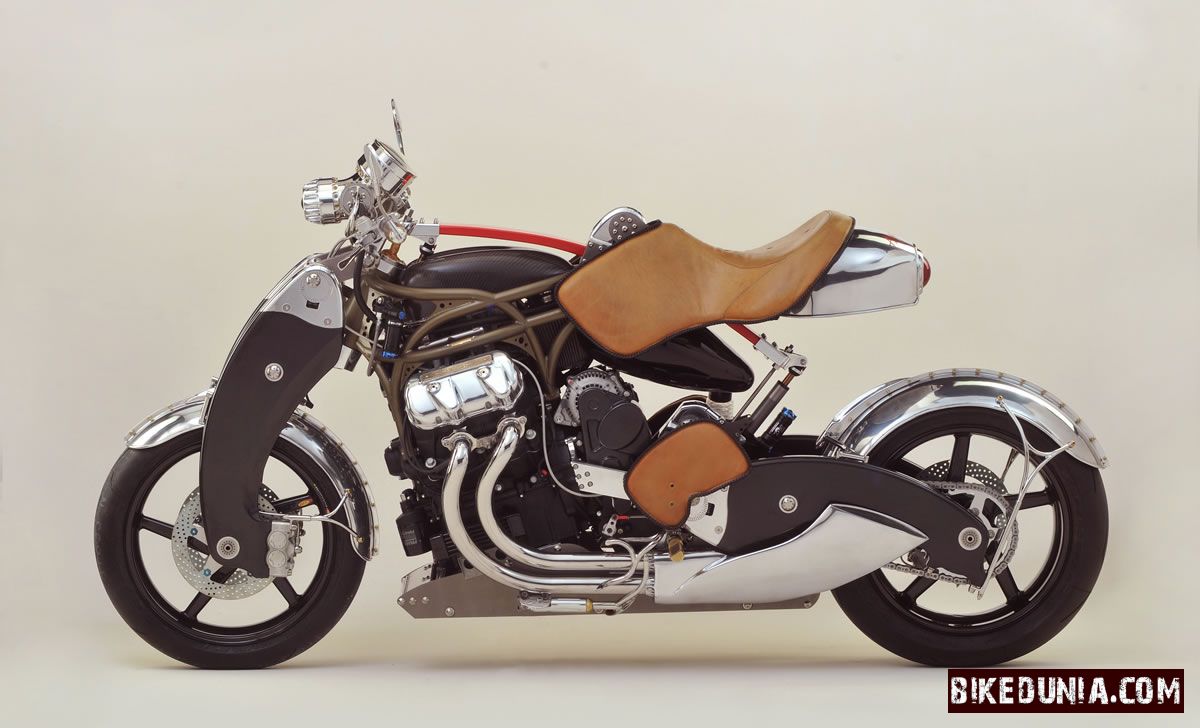