A Revolution and an evolution of the RSV4 series!

Aprilia is an Italian motorcycle company, one of the marques owned by Piaggio. Having started as a manufacturer of scooters and small capacity motorcycles, in more recent times Aprilia has produced large sport bikes such as the 1,000cc V-twin RSV Mille and the V4 RSV4. Aprilia has enjoyed considerable success in road racing. Since Aprilia introduced it's RSV4 in 2009, the little company from Noale, Italy, has won four manufacturer and three rider titles in the world super bike competition. The RSV4 has been a great platform and now the 2016 version represents another crucial step in the ongoing development of the RSV4 RF model. For 2016, the RSV4 comes in two designations, the RR and the limited edition RF, of which only 500 will be made. The new V4 powered super bike is similar to the previous model, some very important changes made to comply this years super bike rules imposed by promoter Dorna, which allow fewer modifications to the production machines competing in the super bike world championship. So, Aprilia has upped it's game, with a yet lighter motorcycle that has more power, better handling and a more sophisticated electronics package.

The deliberate design and choice of technology applied to the RSV4 RF leaves no doubt that everything was planned around the only V-4 cylinder engine ever to be fitted as standard to a road bike. The frame is the direct descendent of a dynasty which has won 18 titles and 143 grand prix in the 250 GP class and the bike has been further enhanced by highly developed electronic management systems to improve both engine performance and handling. This is a true vocation of Aprilia, which was the first manufacturer to adopt the Ride By Wire System as standard. The electronic throttle allows the power of the engine to be used to the maximum while reducing fuel consumption and eliminating the classic problems associated with a normal twist grip, such as lack of smoothness when opening or closing the throttle. The RBW system also allows different power delivery settings to be selected through it's multi-map technology. Aprilia is the first motorcycle manufacturer to have patented it's highly developed APRC dynamic control system which till date, is the only one with the exclusive self-calibration and wheelie control features. 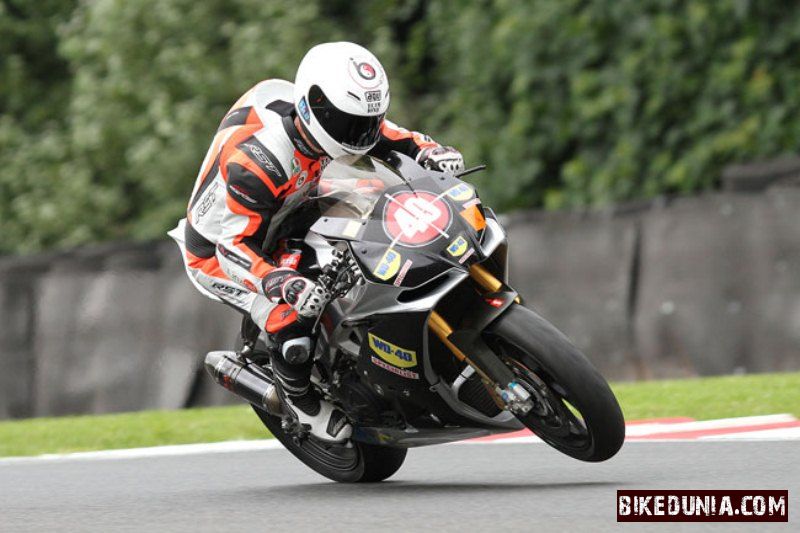 The first high performance narrow V4 cylinder engine in the world, the most revolutionary engine ever made by Aprilia is incomparable. Thanks to it's unique total electronics package, it's incredible lightness and super compact size, reaches a new stage in evolution. The engine has been updated and improved with particular attention paid to reducing internal friction and increasing casting ventilation. The exhaust system too has been remodeled to provide maximum performance working combination with a finely tuned electronic management system. This brings the maximum power of the V4 to 201hp with torque at 115Nm. The 3 distinct mappings (Track, Road and Sport) are matched to the new power and torque specifications of the V4 to provide even fuller and in-depth power output at any given engine speed. 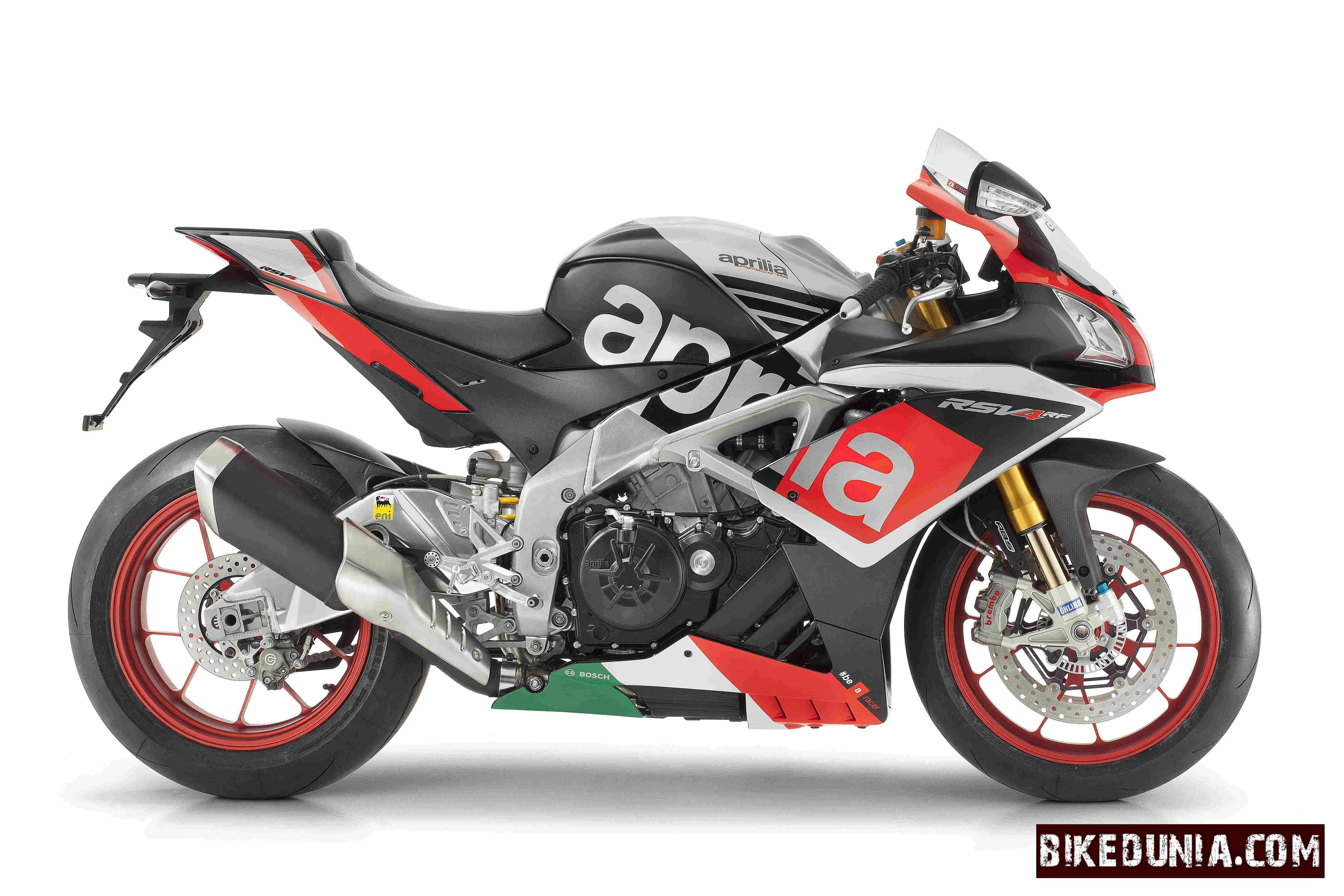 Aprilia RSV4 RF represents the most important and profound advancement ever made on this extraordinary model. The style of the new RSV4 is the result of the perfect combination of form and function. The careful design led to the creation of the most compact full size sport bike in the market, where technical elements such as the impeccable aluminum double rail frame contribute to emphasizing it's racing vocation. The front end has been completely redesigned, now there is a new, more protective top fairing, created after a careful wind tunnel aerodynamics study, which provides better protection from the wind for the riders of any height. This choice has a positive impact, not only on the track when the rider is seeking protection to achieve maximum speed, but also on the road where greater comfort is provided thanks to the lower air pressure on the body and the helmet. The characteristic triple headlight is also new, now with a more modern shape and an LED parking parking lights. The mirrors are new, also the subject of a wind tunnel study, which combine excellent aerodynamic penetration, with improved visibility and built in LED turn indicators. 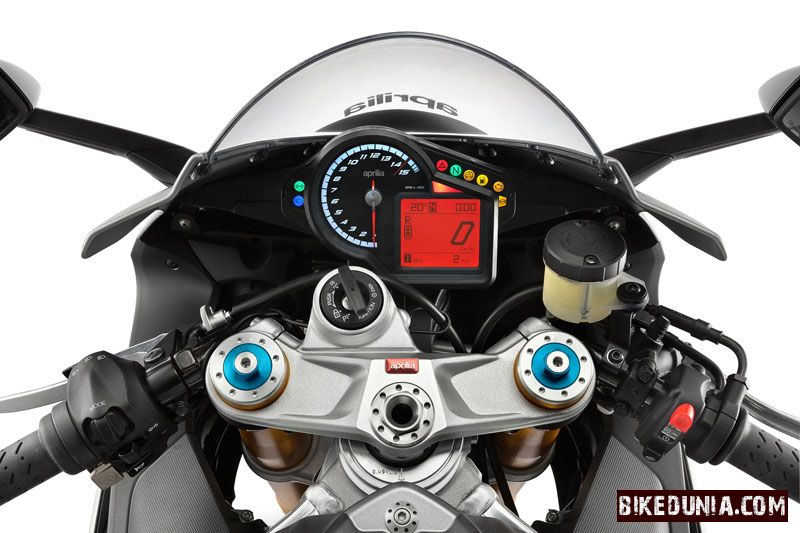 The price tag is also new with a set of new digits, the cost of this bike is $21,999. Brace yourselves cause this bike is definitely hooning towards you! 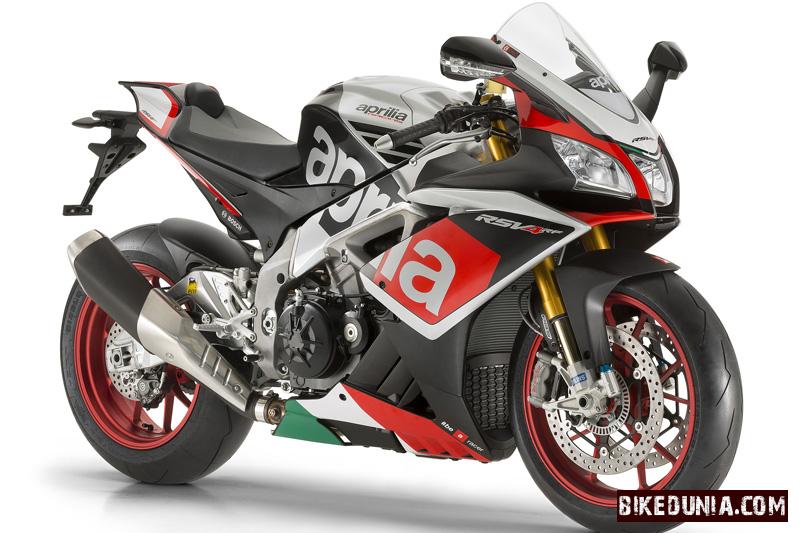