The Empulse TT is a pure electric bike that can do 140 miles on a single charge!

Polaris owned Victory Motorcycles, the American company who made a big comeback recently, and better known for its V-Twin engined cruiser and touring bikes, has created its very own street-legal electric production bike, the Empulse TT. 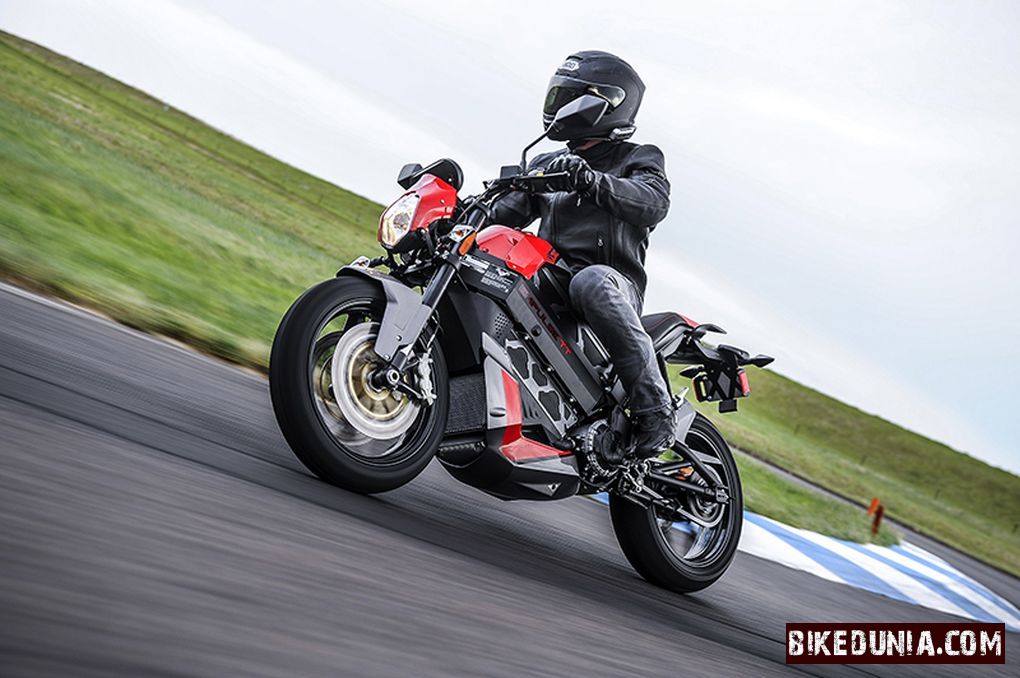 Brammo, a famous American electric vehicle company, specialized in the production of top-end electric vehicles, was recently purchased by Polaris. Brammo had already made some of the most iconic electric motorcycles and some of the governments around the world even use their motorcycles in their police forces. The Empulse was already a manufactured product by Brammo, the Empulse R being the latest in their brand lineup. The Empulse R is a proper performance bike sans the noise of a growling engine. Reviewers of the bike were impressed with the performance of the Empulse R on curvy roads and they put the bike head to head with the fuel-based bikes. The bike had won several races since its date of production, the most recent being the 2012 TTXGP World Championship at the Daytona International Speedway. It has also won several number of awards including awards from Popular Science, GQ, Playboy and Motorcycle.com, since 2011 to 2013. 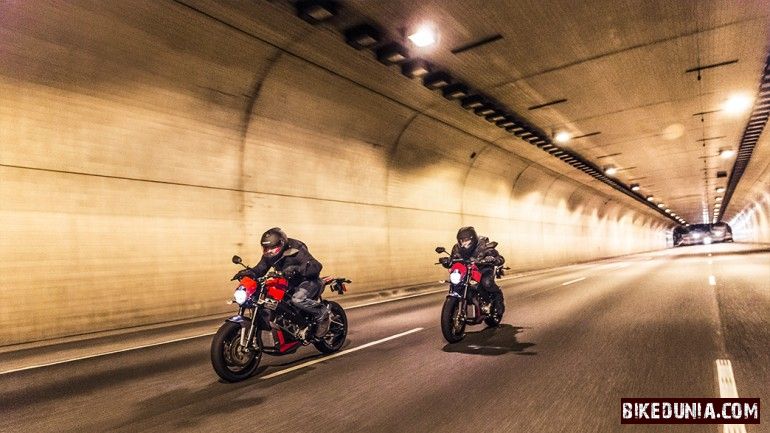 Victory Motorcycles is another contender in the making, the American company formed by Polaris to directly compete against the Harley's. Recently, Victory had an emphatic win at the 2015 Isle of Man TT, coming in No.3 and rating a top speed of 145mph and an average of 111mph per lap. The new bike from Victory, the Empulse TT draws inspiration from their win at the TT, but has designed it to look like a proper street bike. The Empulse TT will be able to produce 54 bhp and almost 89 Nm of Torque, effortlessly passing the 100 mile an hour mark with an estimated range of 140 miles, thanks to Brammo's exception engineering and design skills. The batteries used in the bike are Lithium ion batteries specially designed by Brammo, an Internal Permanent Magnet AC Induction motor delivers the power married to a 6-speed gearbox with a multi-plate hydraulic clutch. It's surprising that an electric bike gets a mechanical transmission and that a 6-speed! Battery Charge time is at 3.9 hours for a full charge at Level 2, which is quite reasonable for a bike that offers performance. 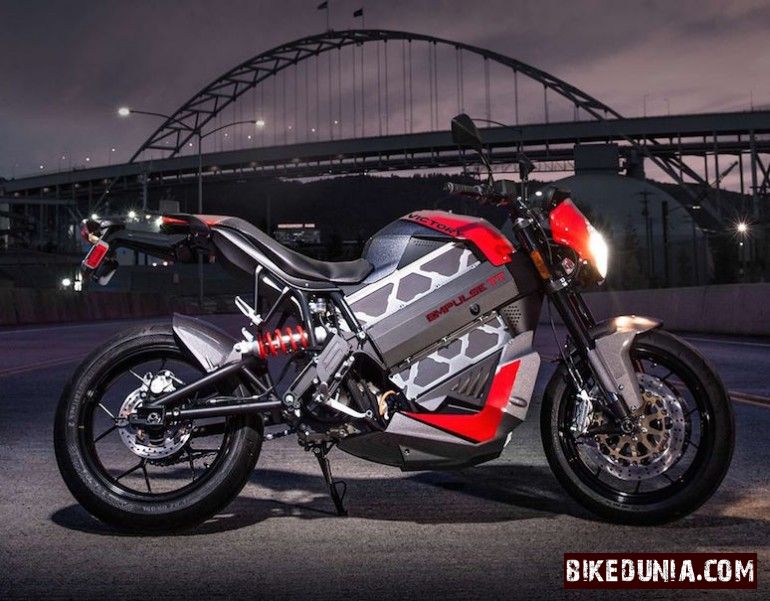 Things get a little awry when it gets to the talking point - the price. We all know that, traditionally, vehicles powered by the 'unconventional' source of fuel is bound to be rated at a higher price, given that the devices required to store the energy and delivery systems alone, don't come cheap. Well, Victory has placed the Empulse TT at a rather exclusive zone, making the bike available to only those who can shell out a whopping $20,000. We don't know if Victory is keen on selling it and reaping riches based on volumes, although word from Victory is that it wants the bike to be along the lines of an enthusiast's choice rather than a gross seller.
Written by Vikas Vinod.
Last updated on 30-07-2015. Published on 30-07-2015.