The most anticipated Yamaha R3 to be launched in August. The tag reads INR 3 Lakh

The name itself speaks “Yamaha” - it's a world famous brand and most of their vehicles have had decent customer reviews. There are numerous other R series in the Yamaha family and the R3 which is the latest of the R series edition is to be revealed in August. There was word that the company was only thinking about releasing it in India. If not the R3, then the R25. There were a few visuals of the beast snapped when it was taken out for a test ride by some officials for the routine road test, since then the R3 photos have gone viral and people got to know about the bike.

There are a few interesting facts of this new beast that bike fanatics would love to know. This time the innovators of this bike have made the chassis light which makes it easy to rev and race around, regarding the fact you race when the road is safe and you have confidence that when you are driving you won't harm others. The bike does have a physical appearance which resembles the R25, the major difference is the feel when you get while you ride the beast. 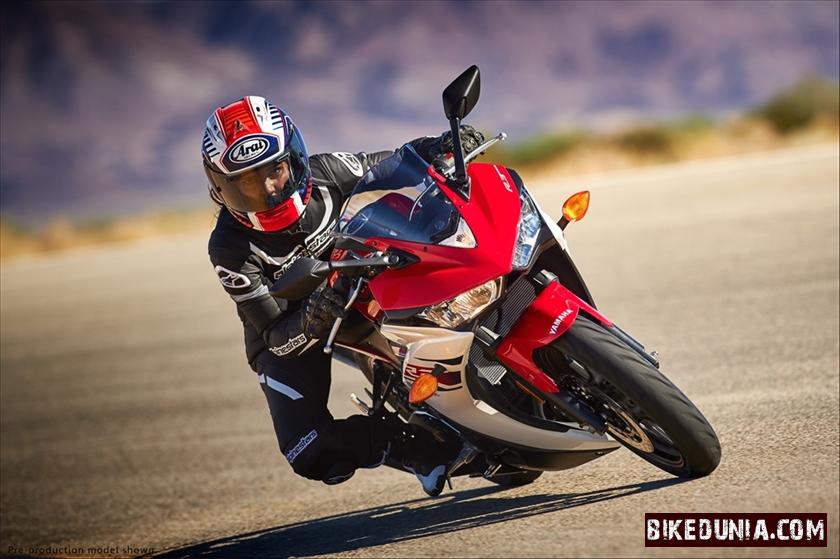 This electric turn on machine, is described as a light weight daily use super-sport bike, which in fact is believable by it's structure. Coming to the transmission phase it is a 6 speed constant mesh. The fuel tank looks macho and supports the figure by it's capacity of the bike which is 14L. And the oil tank capacity is 2.4L. The rivals for the R3 would preferably be the Kawasaki Ninja which is also a Japanese make and the KTM RC390 which is an Austria make. The price of the R3 is what makes the competition uncomfortable, as it is hiked more than both the other bikes. The bike has a good ground clearance and it wouldn't be a problem if there are two or three speed breakers that came together. The super sport bike altogether has all the features one can ask for and that too in a price range that is affordable in the genre of super bikes. As most of the Yamaha R series bikes have done well off with no exaggeration the R3 would reach a certain height. The three colors in which the R3 would be available to the customers are; raven black, blue and Rapid red. The external features that are within the bike are; helmet holder, rear fender extension, sealed low maintenance battery and a few other things that would be told when the official release of the bike is done. 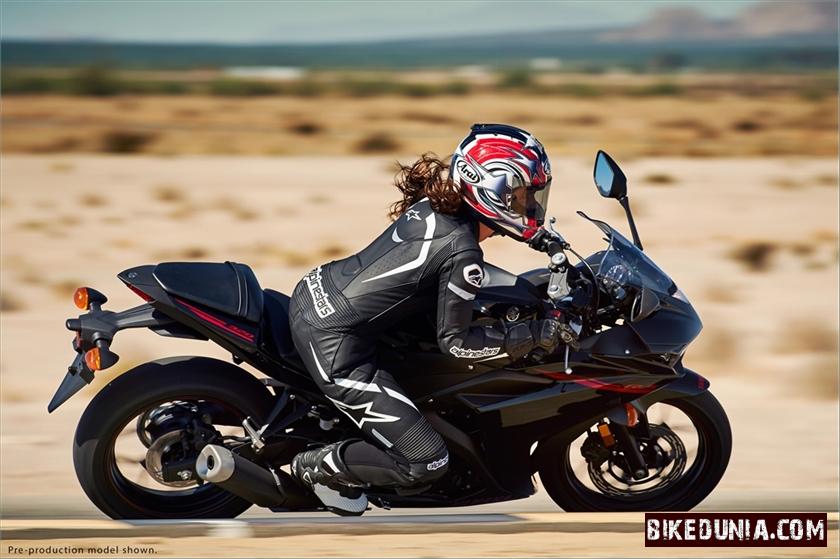 Yamaha promises the rider that he would have an inexhaustible journey throughout and a pleasurable and joyful ride, the company has even promised it to be a top class motorcycle. Although the bike is considered to be a lightweight daily use super-sport bike, it is preferably to be used for long trips as it holds the legendary title “Super-sport bike”. A super-sport bike must be taken care of in such a manner just the way a new born child is taken care of. So, if your planning on acquiring the R3, go ahead with no looking back, as the R3 bears the pure DNA of the R series. The price of the Yamaha R3 is labeled at INR 3 lakhs, with no doubt the price that you pay is worth it since you get a beauty and the beast in one piece. 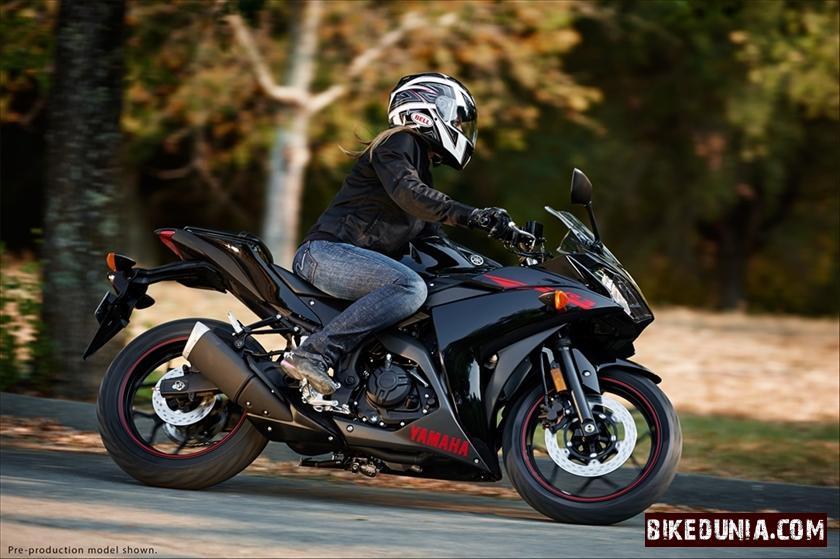