Moving On To A New Bike

Planning on getting a bigger bike? Follow these tips to know more

For any beginner rider, getting a bigger, faster and meaner looking bike would turn out to be his/her ultimate dream. Speed, by its own quality, lures the rider into wanting more; just like a drug. Once addicted to this effect, the hapless rider would probably be daydreaming about how to get to a faster bike. These are a few tips before you get to be the centre of attraction: 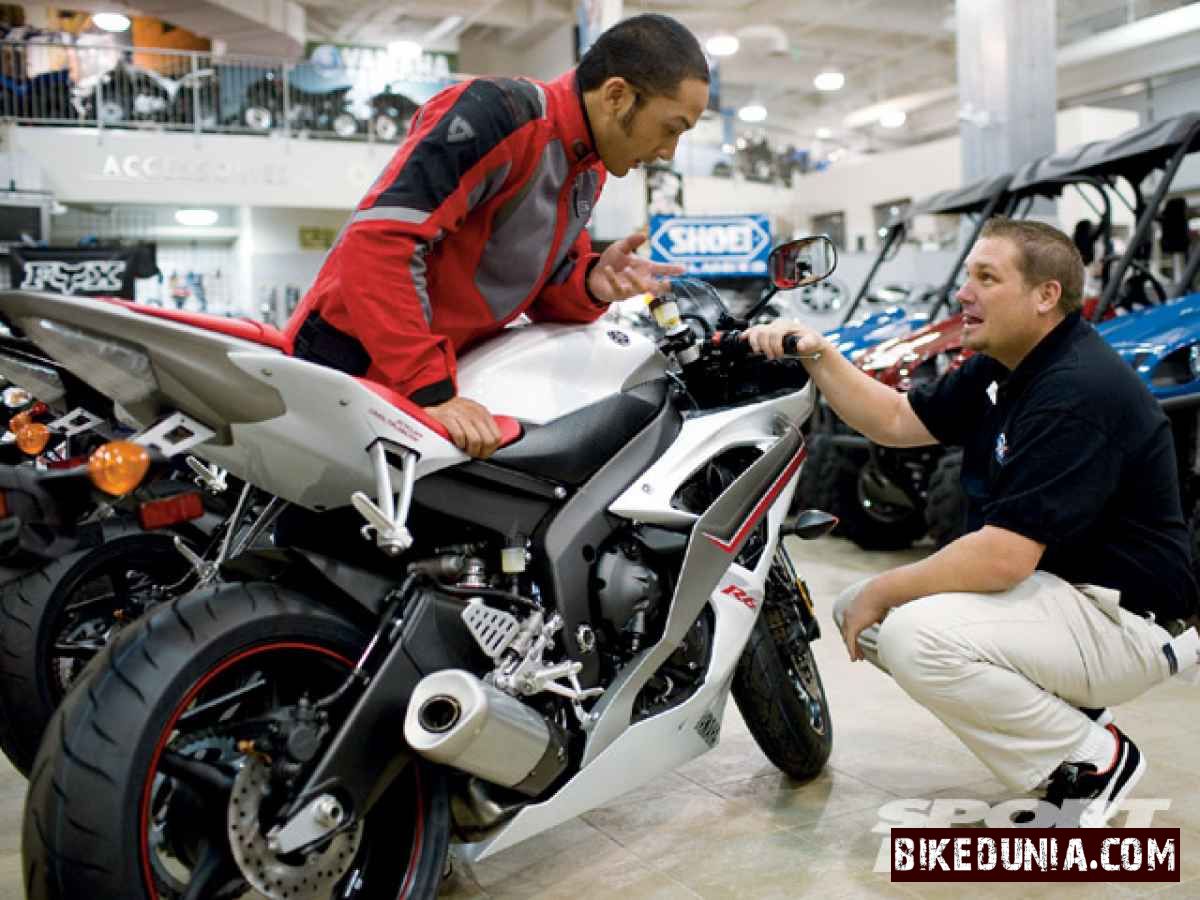 Every rider in this world started on something small, save for those rich brats who learned how to ride, perhaps on a Hayabusa or an R1. A small, entry-level bike doesn't mean it isn't capable. It's meant to be accepted as a learning tool. The amount of opportunities it gives the rider to learn about what sort of a machine it is, and how it gets its job done of transporting himself from Point A to Point B are plenty. There are no rules or limits about the first bike you should buy, as long it is something that feels comfortable and safe to be on, it's a good bet. 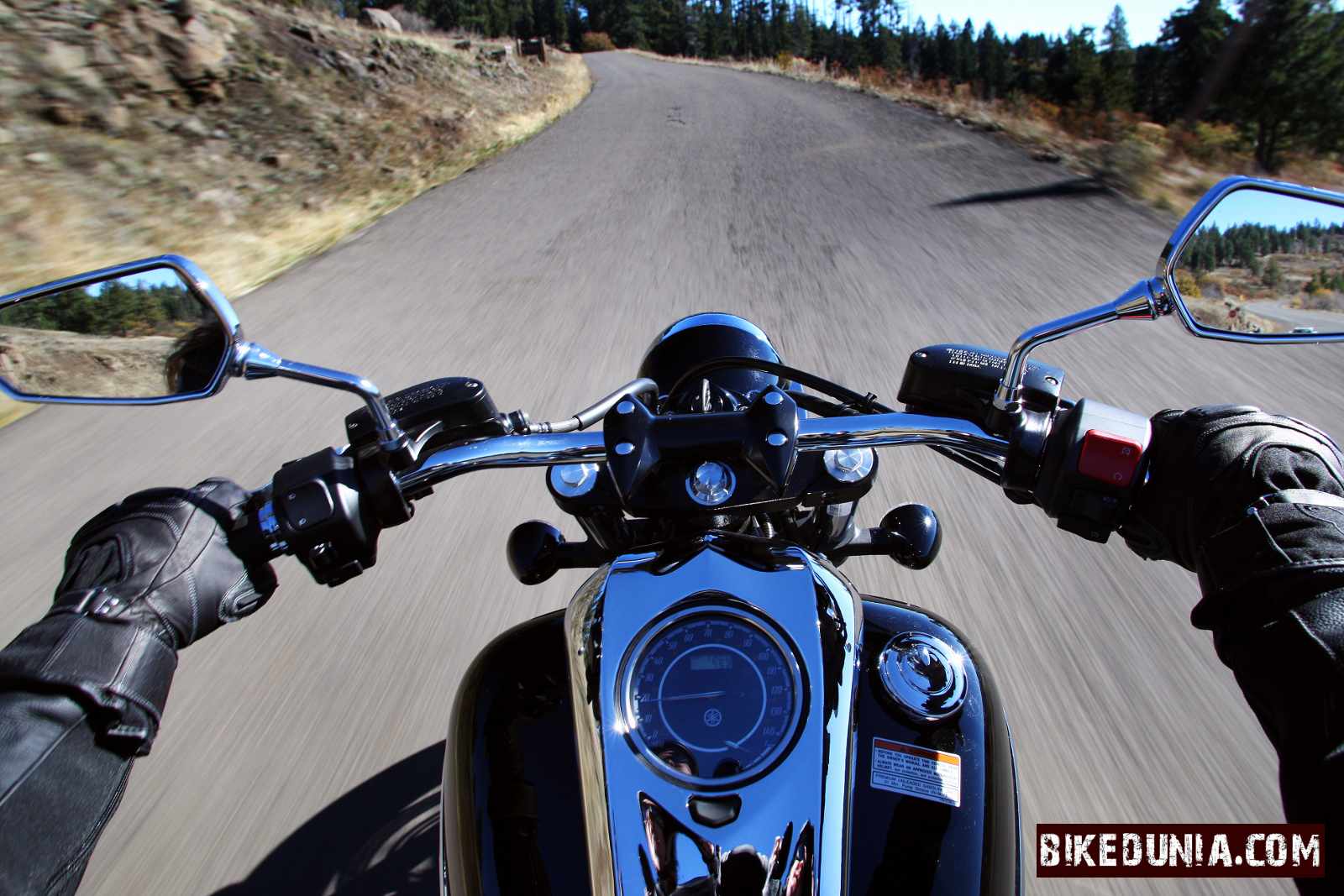 Similar to how a bicycle is ridden, riding a bike throws up several lessons along the way, how to maintain a good speed, economy, how to take care of the occasional niggles that the bike throws up, how to be responsible on the road, learning how to ride on different types of terrain and so on and so forth. The experience that you'd receive from your first bike would be the strong basis of how you'll progress on to many other bikes that come along your way. The potential next could be a quarter-litre or probably a litre-class itself, depending upon personal choice. However, it remains essential that any rider should be amply experienced enough in riding, no matter what bike was used.

This should take the place of the first point as well but I'll give it equal importance. Safety is and always will be, the most important aspect of riding. Whether you're in for your daily commute or a long ride across the country side, proper gear will always get you where you want to be without endangering yourself. The safety aspect should not be taken lightly, and it also does not mean that the rider can pick up cheap gear from a flea market or a Chinese online store and end up being regretful on the deathbed. 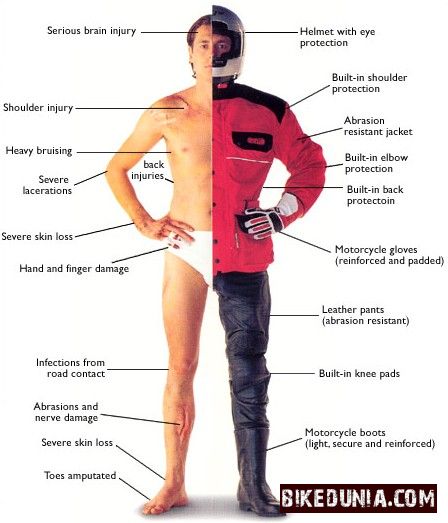 Buying the right gear, and looking for effective, quality gear is of utmost importance and even if it requires you to ask experienced riders what to wear, always do! A full-fledged riding jacket with a pair of jeans and odd-looking sneakers would make you look dumb and irresponsible while on the road. So, invest a little more on what you're wearing before you go out. Although this wouldn't apply to short runs, say, probably to get milk, or groceries, at least wear a helmet.

When I say Practice, it's not the kind of practice that requires you to open the throttle to maximum, dodge traffic, and probably giving other road users a heart attack. No, practice is meant to make the rider feel better on the bike, to learn how the bike reacts to several inputs given by the rider. 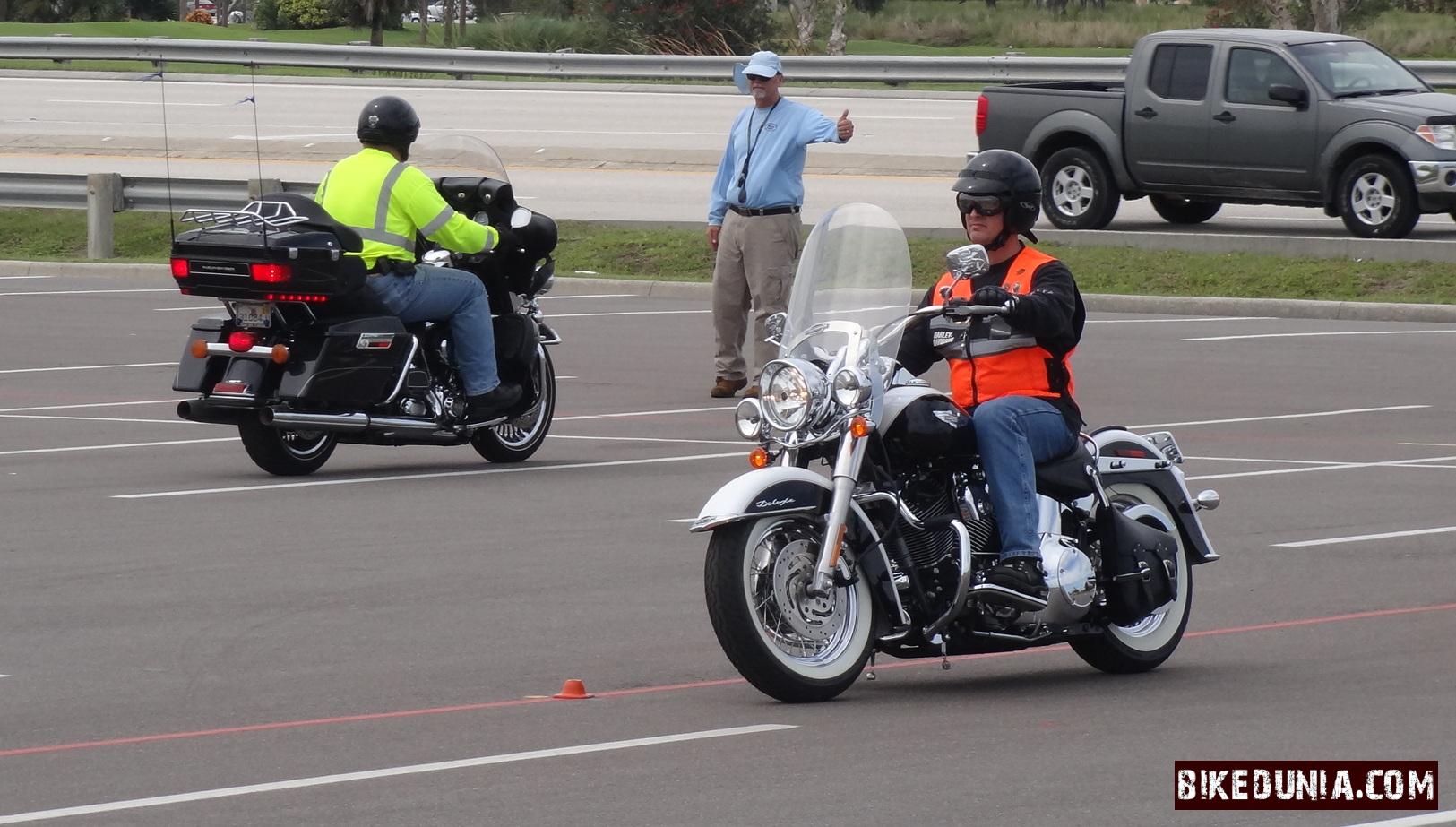 Practice riding the bike in an abandoned space or a large parking lot; learn how to brake, how to easily release the clutch and open the throttle, and how to come to a complete stop by using the engine etc. Setting a strong foundation ensures a better grasp of things to come and can also enable the rider to get a good idea of what he/she could expect from a bigger machine.

Feeling confident and comfortable in the bike you're on is another important point to be noted. Find time to do your rides, long, short, off-road, mountain trails, whatever it may be but whatever that sets you in tune with the bike. Once you're in the same wavelength as the bike, you've officially managed to tame the bike. So how do you know if you're on the same wavelength? It's all about knowing what to expect when you act upon the bike although that comes with miles of experience. 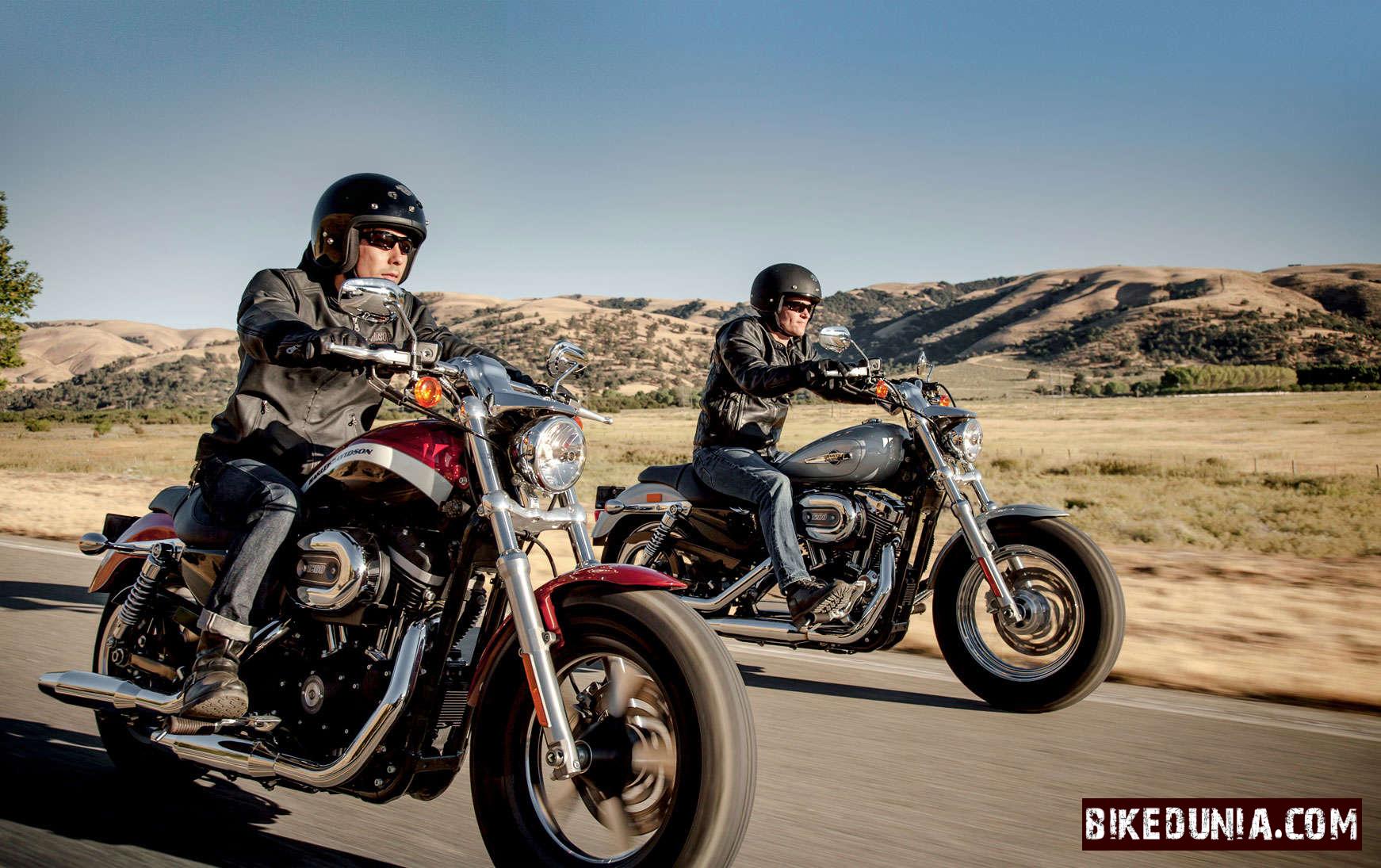 Knowing how the machine reacts to the amount of throttle and clutch released, the initial power, the optimal power band, the best riding position, the worst roads to ride on and much more that comes with long hours of sitting on the saddle and observing each and every element of the bike and its behavior. But just knowing how to ride would not be much of a good thing, would it? So, get to know the bike in terms of how it performs, mechanically. Learn how to do your first oil change or how to tighten your chain. Trying to get a mechanical perspective of the motorcycle would surely come in handy if you intend to become a troubleshooter yourselves.

Solo riding is great, it's enticing, an experience that connects you with whatever is around you and your bike. However, as a beginner rider, it wouldn't do much good from a learner's perspective to be riding along all by yourself. The problem is that you'd think that you're better off on your own and that you've become a responsible and fastidious rider. Truth is, you're probably not. Confidence plays a large part, whether it be driving or riding. The enthusiasm that comes with getting to ride a machine is, most probably known to all. 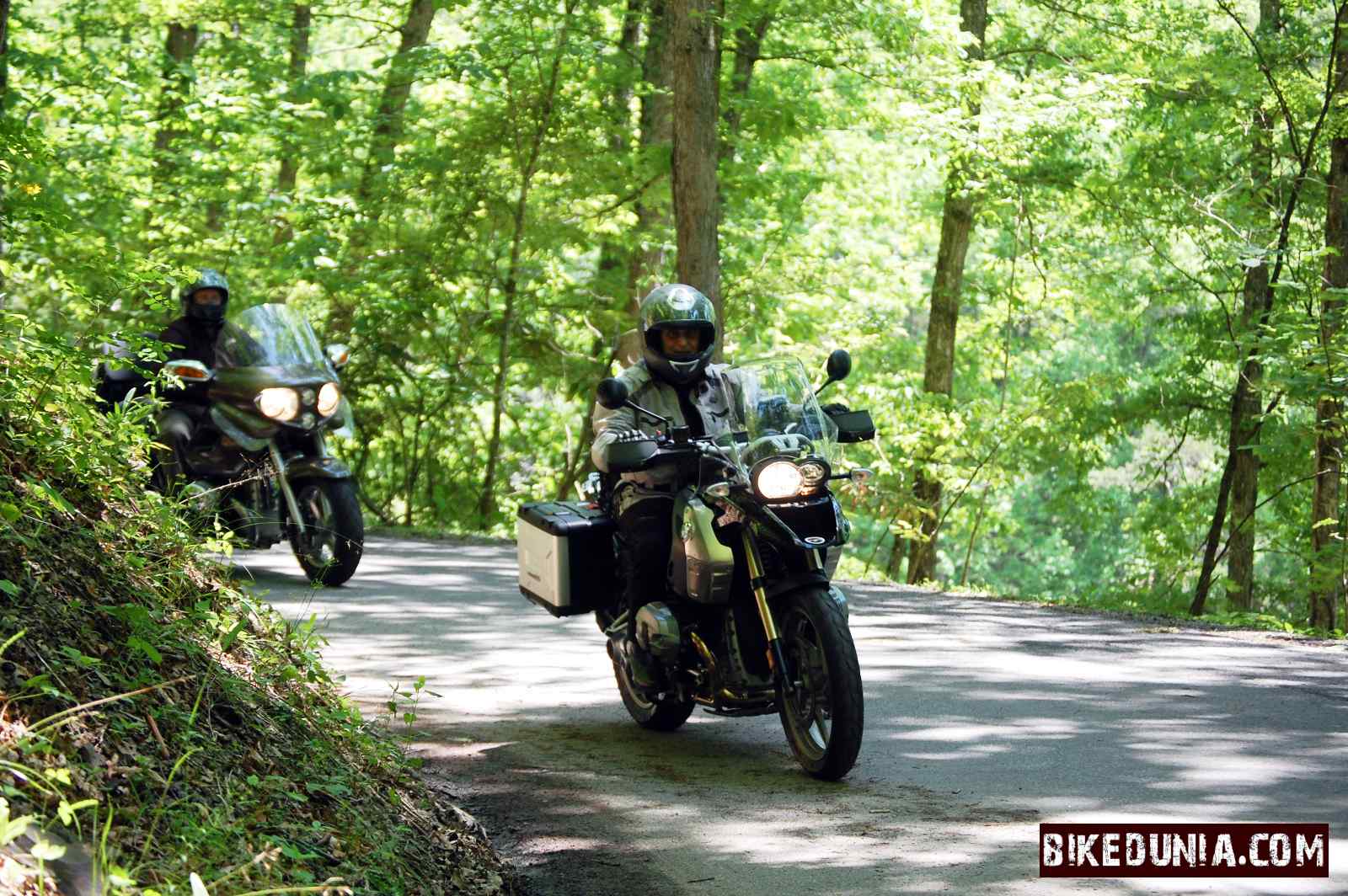 However, the level of curiosity to get to know oneself on the saddle, to display the amount of ability that he/she can do is more likely to happen, quite naturally too. That's when things can get out of hand, miss sighting a stop sign or a vehicle in the blind spot or even worse, speeding can produce adverse results. Therefore, it's best rather to go along with someone who's already an experienced biker, follow his trail or have him trail behind you, and ask him to observe how you ride to take note of whatever mistakes you might or would have done. It's also one of the many ways to get to know your new bike.

Taking things slowly on the learning path is essential to lead a good biking story. No matter what bike you're getting yourself on to, you will consider yourself a learner whenever you move to a new bike. Yes, all bikes are tameable but it has a lot to do with how the taming is done. Riding a commuter bike daily and suddenly one day hopping on a litre-class superbike can turn out to be quite a tragic story. So, get to know how you connect with the bike and ride responsibly.

Published by BikeDunia in category Tips