Honda All Set To Level The Field

Honda getting ready to launch the much awaited RC213V-S

The Honda RC 213V-S is a street version superbike based on the MotoGP series championship winner, the RC213V. The RC 213V-S was revealed by Honda at the 2014 EICMA show in Milan. The platform was also used by Honda to mark 100 years of EICMA by unveiling a prototype in a large Japanese flag livery. Another prototype that was also displayed came in full working condition and featured a carbon-fibre rich structure. Marc Marquez, Honda's champion rider in the MotoGP was present to launch the RC213V-S.

Honda owns a large chunk of history in the racing arena and also on the street. The NSR500 is a name that inspires professional riders even today as this was the bike with which Honda along with Repsol won the World Championship in 1995 and emerged as one of the major superpowers in the sporting world but all thanks to the tremendous performance of the NSR500. The 499cc engine was a two-stroke 4 cylinder in V- configuration and could produce in excess of 200 hp. The technology that was incorporated onto the engine and the entire chassis during the 1980's-1990's still deserves mention even today as Honda was one among the key manufacturers to create a turning point in bike building technology. The NSR500 was phased out after changes in engine regulations and production rules. However the legend lives on even today. MotoGP is currently lead by the Honda Team and Marc Marquez is one of the best talented riders out on the race track. The RC213V has been the bike that the Honda team have been using since 2012 and features a 1000cc four-stroke 4 cylinder in V pattern engine and could produce over 230 horsepower. 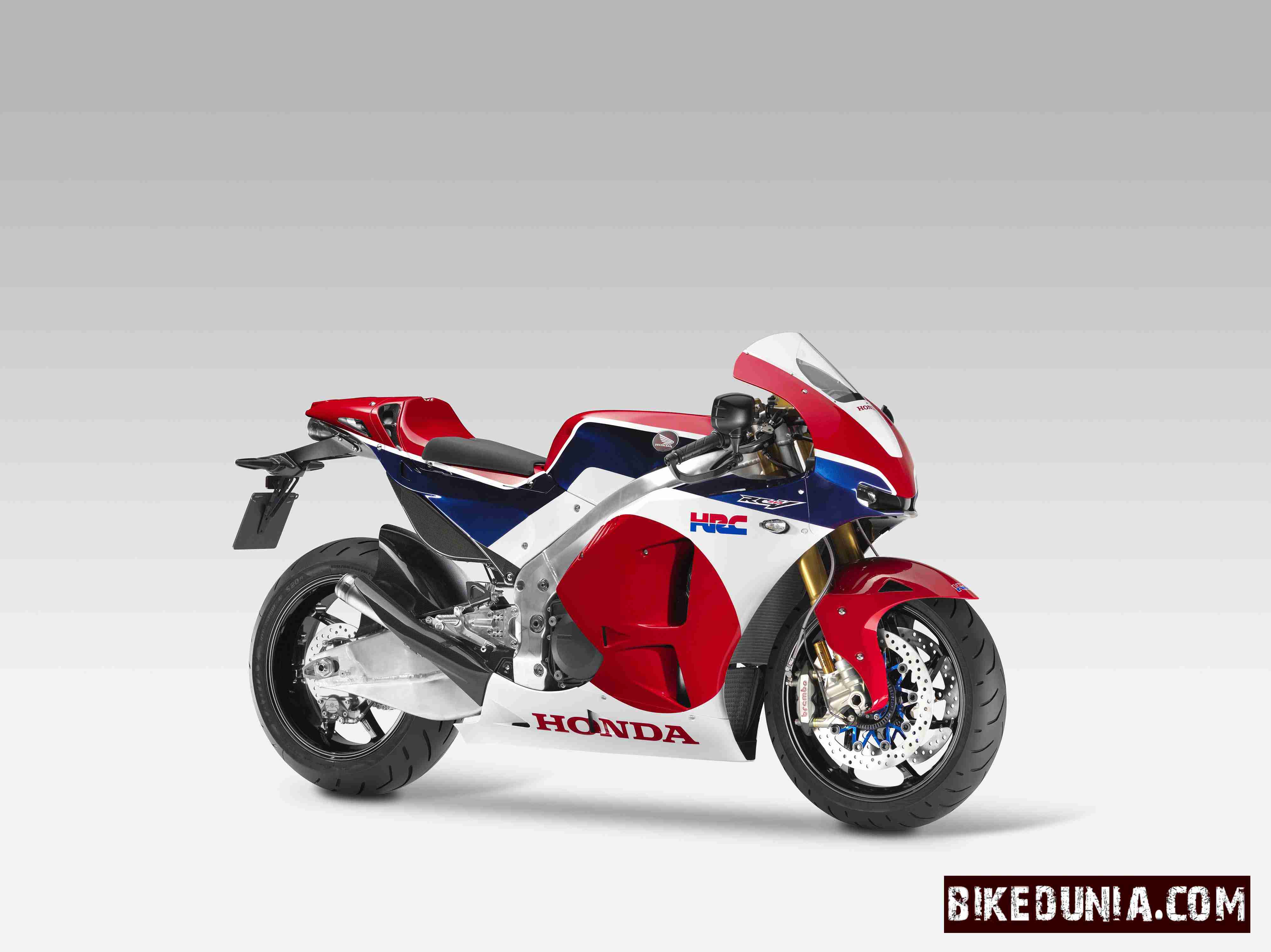 As always, there is a catch for all the super fast and exciting bikes that are built for the race track and the catch is that not all of the technology or the exhilarating power and seamless gear shifting makes it to the bikes meant for the showroom. A few production racers were built and those are the RCV1000R and the RC213V-RS. Although these bikes are powered by the same engine, they wouldn't get the same seamless shift gearbox. The RC213V-RS is the latest production model to be rolled out but it does get the pneumatic valve springs. Pneumatic valve springs are used often in race bikes as the engine is subject to high loads and is always being revved at high RPMs (Conventional coil springs would be too slow and not strong enough to work with such a high revving engine) and the only rivalling technology would be Ducati's Desmodromic valves. Now, these are really expensive machinery to be offered by manufacturers and is one of the techniques to strategically place them in the 'upmarket' section. Coming to the RC213V-S, it features a Dual Clutch Technology to add to the seamless shifting just like how Kawasaki had placed the dog-ring transmission on the H2 in addition to the quick shifter. The RC213V-S is basically an inspired design from the RC213V and would perhaps be a part of Honda's plan to introduce the bike as a replacement in the Championship series later on. Well, we'll have to wait and see. 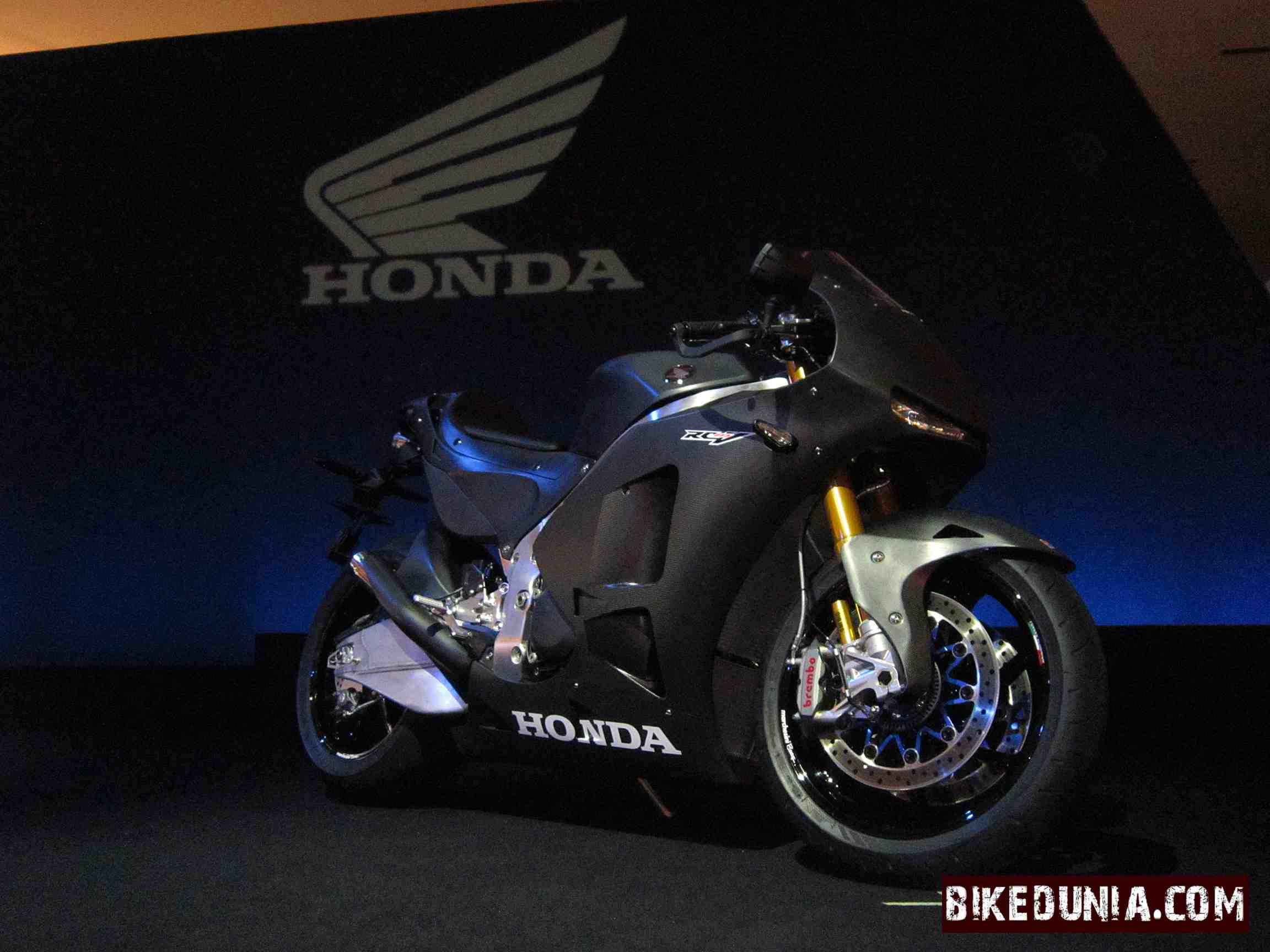 A much rumored bike with inspiration drawn from the MotoGP winner is sure to get Honda fan's hearts racing. However, there is still much speculation of the features of the bike since not much details have been divulged by Honda nor is it planning to, until its launch. A video had popped up recently of the Honda RC213V-S doing a hill climb in Japan as part of its debut and a few visible features are noted. Recent updates from Japan mentions that bike will begin production soon and has quoted a price of £112,000. This then would be a direct competitor against the Kawasaki H2 series and so Honda is definitely trying to retain its piece of the pie.
Written by Vikas Vinod.
Last updated on 10-06-2015. Published on 10-06-2015.