Honda is back with the all new Africa Twin

The XRV 750 is a name that might spark off a few neurons in the brains of those who devote themselves to the off roading Gods but the name Africa Twin would send chills down the spine of even the toughest of riders out there. This short lived bike was how Honda answered to the rising competition in the dual purpose biking segment, almost obliterating anything that came in its path. It was based on Honda's NXR 750, a machine that ruled the uninhabited deserts of Dakar for a very long time. It had won Honda 4 titles in the famous Paris – Dakar rally in the 1980's. 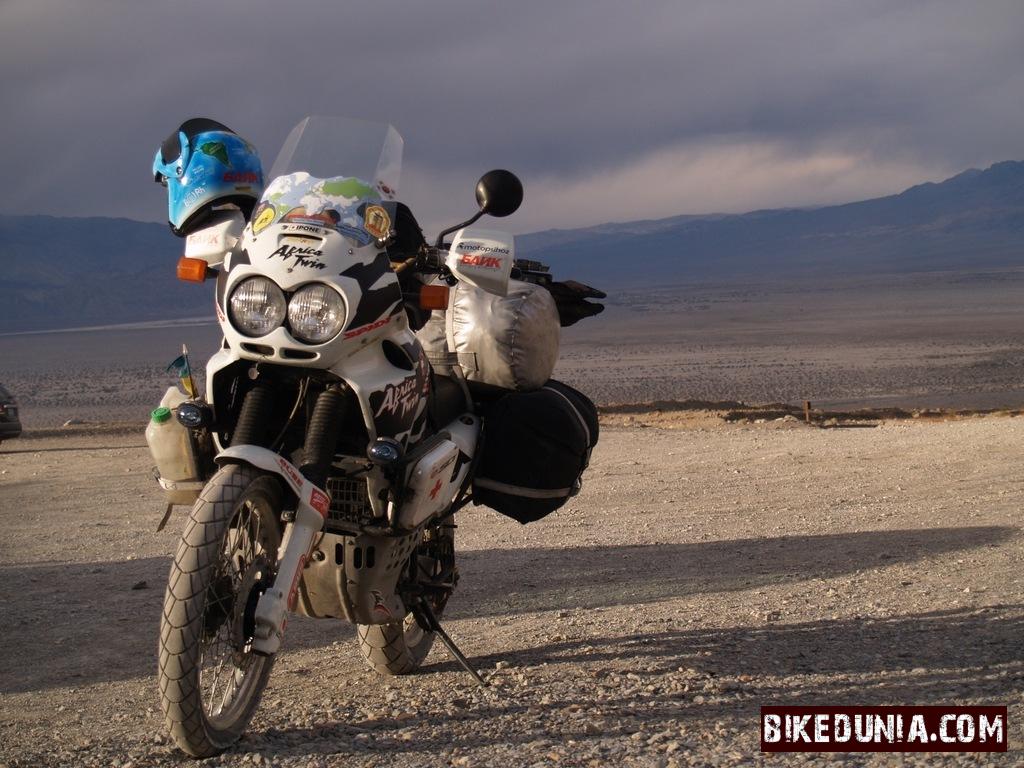 The XR stands for the off road segment and V being the engine configuration.

The XRV 750 or the African Twin was made purely in tribute to the mighty desert warriors and Honda knew that this is exactly what was needed to capture the hearts and remain forever in the minds of the passionate rider. The bike was equipped with a 742cc V-twin engine, the reason for its nickname 'Africa Twin'. This meant that the bike would be huge, however, the engine was tuned to suit the regulations of several countries it was sent to and so did not reveal its full potential but produced a respectable 61 bhp of power @ 7500RPM and 62.7 Nm of Torque @ 6000 RPM. The earlier model of the XRV, called the XLV was a shaft driven motorcycle, the XRV though was mated to a 5-speed transmission and had a chain drive. Other features included large twin headlights, windshield, a double seat and aluminium guarding to protect the engine from rocks and other unwanted debris. It started rolling off the assembly line in 1989 but was called the 1990 model. Two years later, Honda added a TripMaster computer, one of the primitive forms of digital tracking for vehicles. In the years that followed, the bike went through additional structural changes and had additional equipment attached or modifications done. By the year 1996, major changes in the engine and modifications to the outer body made the bike refined and was highly sought after by enthusiasts. However, by the year 2003, Honda had stopped production of the bike for reasons that are still unknown. Honda never bothered to answer as well and the bike ended up being in the hands of the lucky few who got to buy them directly or from second hand sellers. 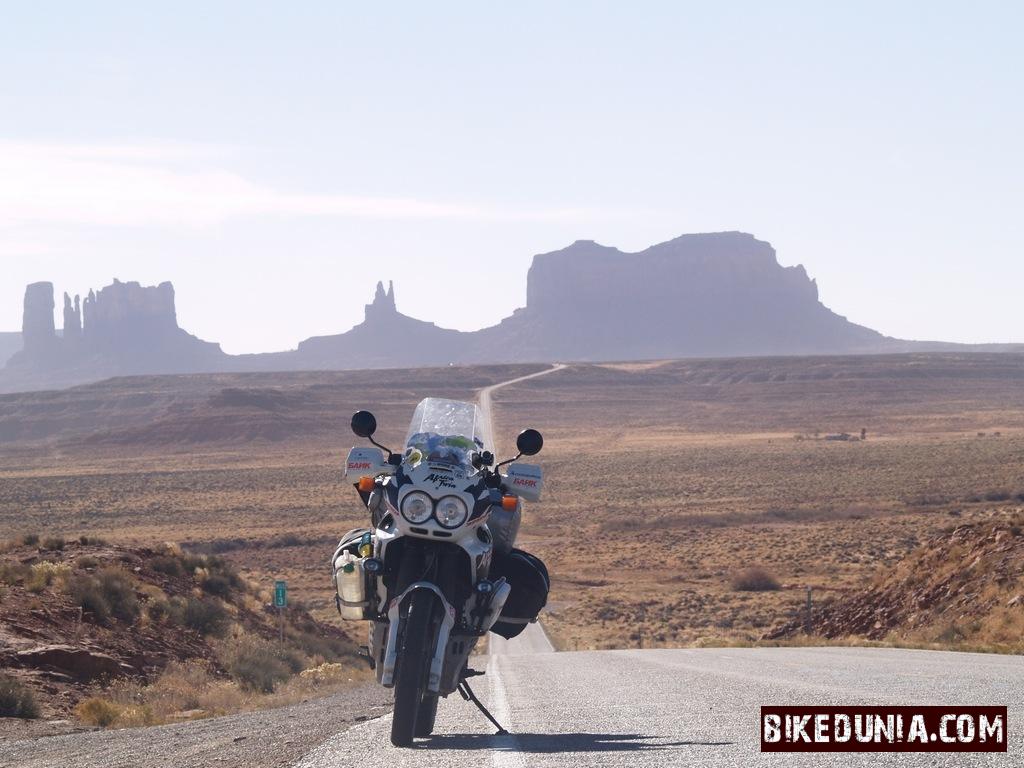 Honda had only recently returned to the rally raid event, Dakar rally, after 24 years. In 2013, Team HRC was officially in the competition with a custom made CRF450, the bike having been made after a large amount was borrowed from Honda's success in the MotoGP world. The bike was given necessary modifications to improve aerodynamics, reliability and surviving the harsh conditions of the desert. The new bike also got Honda's specially designed PGM-Fi or Programmed Fuel Injection to overcome the upsetting nature of the environment the bike would be tested in. Team Honda has made it clear that it will be participating in the Dakar rally for the years to come and said that the rally will also be a test bed for further research and development of motorcycles in this segment.

XRV650 RD03 1988 – 1989
The first version of the Africa Twin featuring a more powerful engine and upgraded suspension settings for longer travel and an improved ground clearance of 215mm. The bike was sold between 1988 and 1989. What made the bike distinct was its large rounded headlamps. 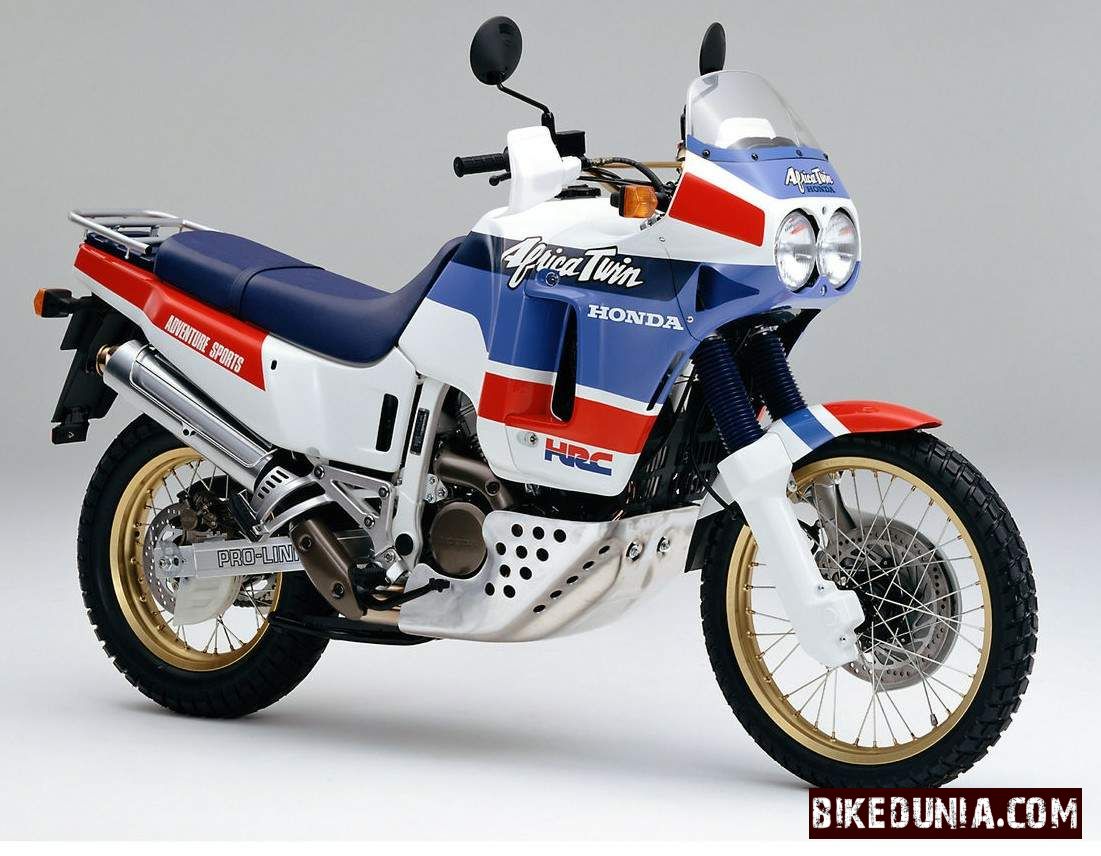 XRV750 RD04 1990 – 1995
The second version of the Africa Twin was developed during the 1990's and was sold almost immediately. The new version clearly had an even more powerful engine with a displacement of 742cc. Much of the other features on the new bike remained more or less the same as that of its predecessor, the 650, however, the bike had undergone a few minor tweaks to improve the chassis dynamics and also gave the bike better brakes to give the rider better control. The turning point of the Africa Twin development though was in 1992 when Honda decided to give the bike a state of the art Trip Computer, giving it flair and purpose overall. 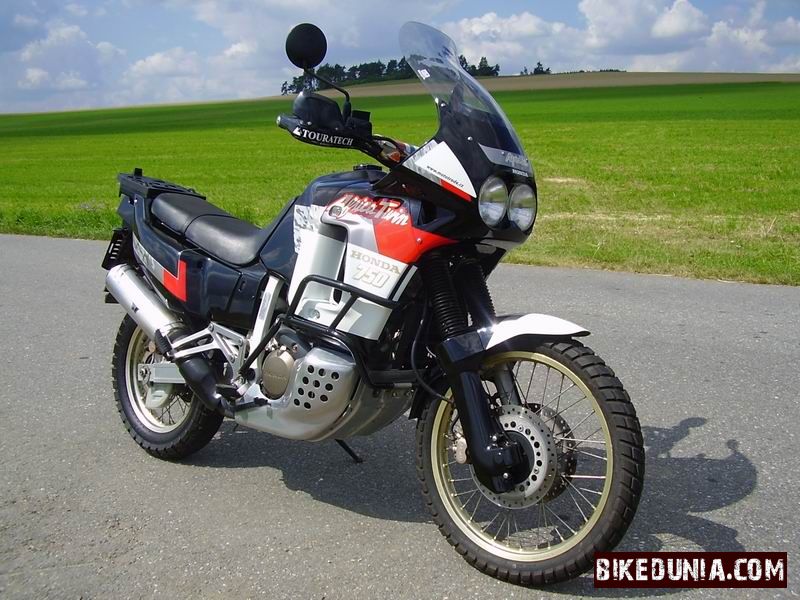 XRV750 RD07 1993 – 1995
The RD07 had the same engine as the RD04 but this time, Honda gave prime emphasis on rider comfort and position. The chassis was re-engineered to make the fuel tank move a little forward than before and that meant that the centre of gravity was lowered, making the seating at a lower position dramatically improving seating comfort and also the handling ability of the motorcycle. Cosmetic changes were given changes as well, new fairings for added protection were given and the new body graphics was the centre of attraction of the bike. This bike had made many fans all over the world and continues to be a dream bike of many an enthusiast. 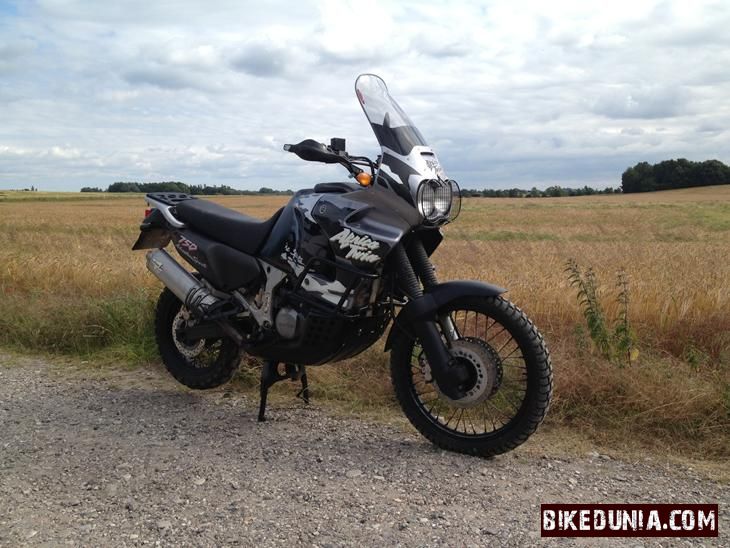 XRV750 RD07A 1996 – 2003
This bike would eventually be the last bike rolled out from Honda under the Africa Twin tag. Much of this bike still had almost all the elements as it was on the RD07 but the only difference was the fairing which was redesigned to give a new look to the bike, featuring a new headlamp and added protection by increasing the area of the cowling. Further development by Honda never took place and the Africa Twin lover were left in the lurch, waiting for some sign of hope. 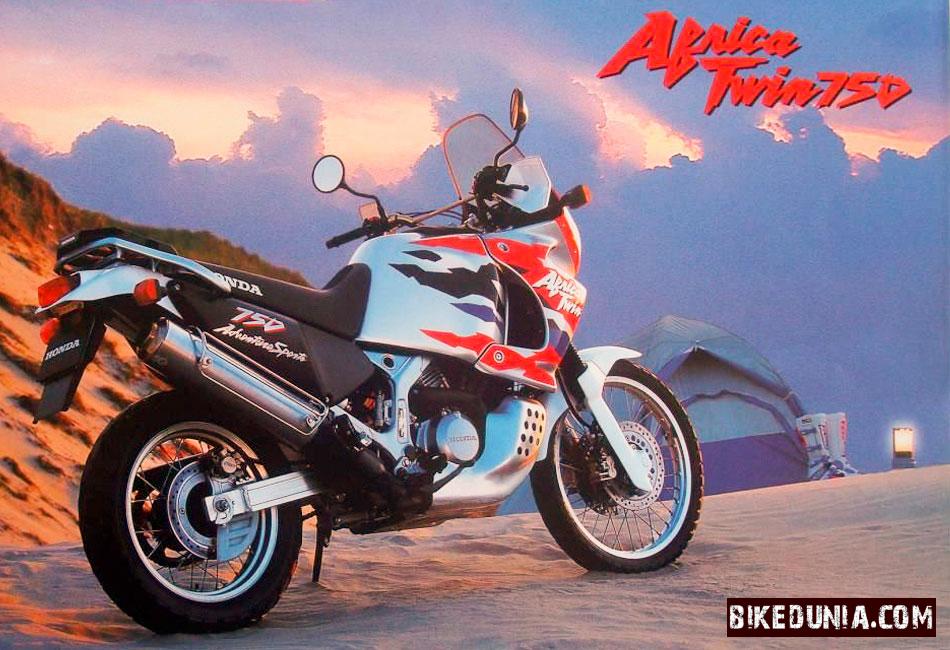 
After giving away few breadcrumb trails by Honda, displaying and holding and talks about a 'True Adventure' concept bike at Milan last year, it has come up with a litre-class, off-road monster, the CRF1000F.

The all new Africa Twin from Honda poses serious trouble for its intended rival, KTM. KTM had developed and produced the Adventure range of motorcycles that drew inspiration from its Dakar quests. This dual-sport motorcycle will be available first in Europe and Honda plans to introduce it to other markets in the future. Further technical details or price details were not given by Honda but its launch is fairly imminent. 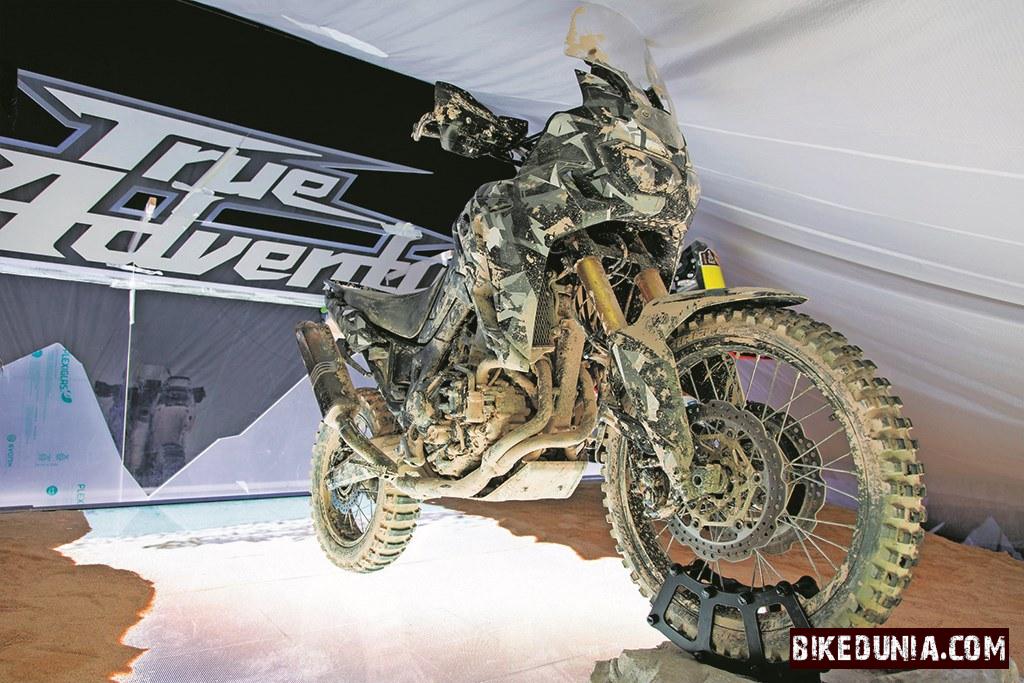