The Interceptor is given a new life

The RE Interceptor was one of those British Twin Cylinder engine bikes that Royal Enfield had produced during its heydays. There were not many in number but it was equipped with RE's biggest engines. The Interceptor was one of the smoothest twin cylinder British bikes and its low production number meant that only a lucky a few got a chance to tame it. 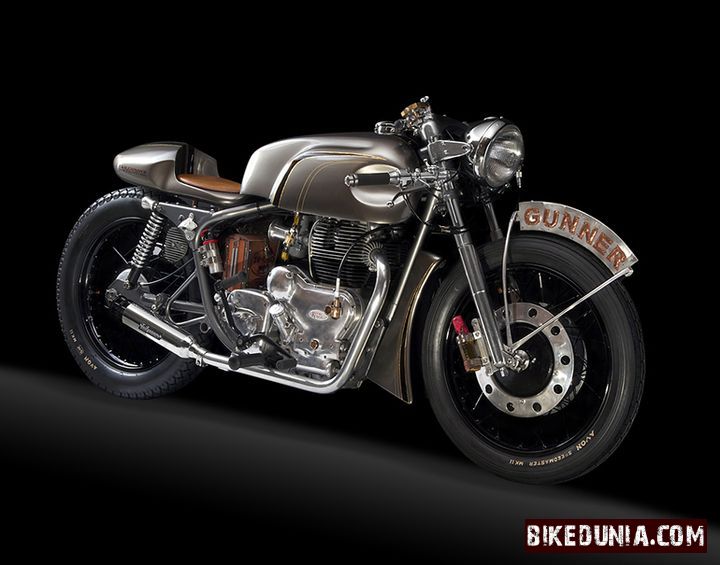 Based on the 692cc engined Constellation, the Interceptor was produced from 1960 up until 1970. In 1960, the first Interceptor with a 692cc engine, badged “VAX” was sent out to the US and Canada. The X meant that it had experimental engines, with twin carburettors and light and balanced crankshafts. It also had a Type R cam. Several weight reduction mods were also put to use.

The Series1 Interceptor with a 736cc engine, bored out from the 692 was made in 1962 and the only difference was an increase in torque figures. What made it special though, was the dynamically balanced crankshaft that wasn't seen in twin cylinder bikes of those days, making the S1 interceptor one of the smoothest British twin-cylinders to ride. It even had coil ignition.

The Series1A Interceptor did not feature much of a change from its predecessor, although it had a new and improved coil ignition system and the US specific models had a new chrome tank, instrument mounts and a mudguard. 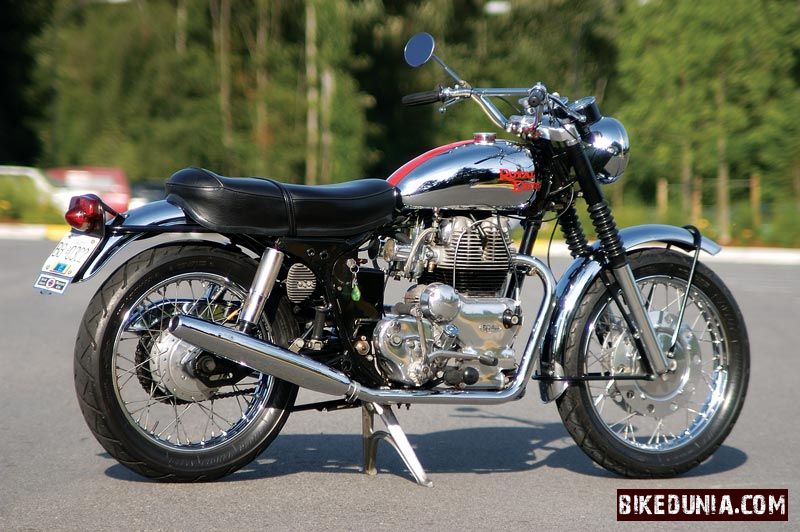 The Series 2 Interceptor was the final model that made it to production in the Interceptor series. The bike used a Series1A Interceptor engine, which had a major revamp to improve performance. It seemed that RE was going all out on its Interceptor models, maybe not as quite as a guy who had his hands on a Series 1A Interceptor. It was later found that the bike was injected with Cafe Racer testosterone. Quite literally! 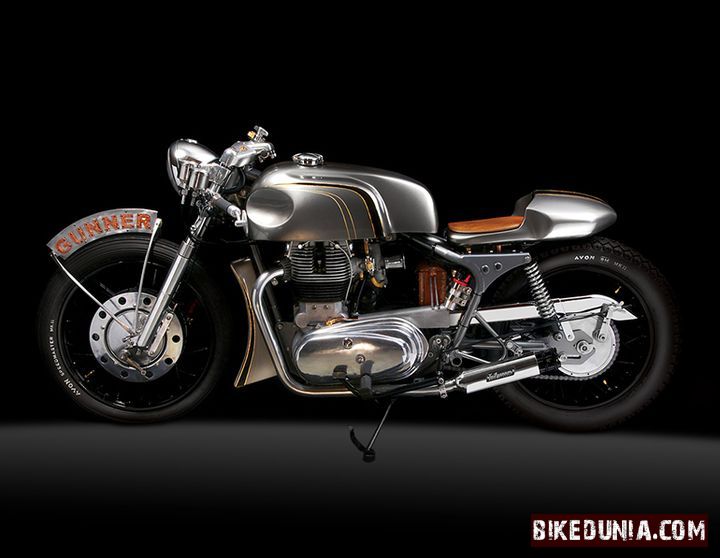 The owner of Tailgunner Exhausts, Charlie Giordano, went overboard with a design from scratch and that he had no idea what he'd end up with. The consequence was terrifying but mind-blowing. What initially started as a neat restoration job to put the innocent Brit back on the road, ended up being a scientific experiment that brought a genetically mutated beast to life. Everything about it shouts Cafe Racer, with the lack of fenders and a pedestrian slicer large enough to cut through metal, it symbolizes subtle madness. It features a Manx style fuel tank and a battery box made from wood cigar boxes, embellished with hand-hammered copper strips, who'd have thought of that for a change? 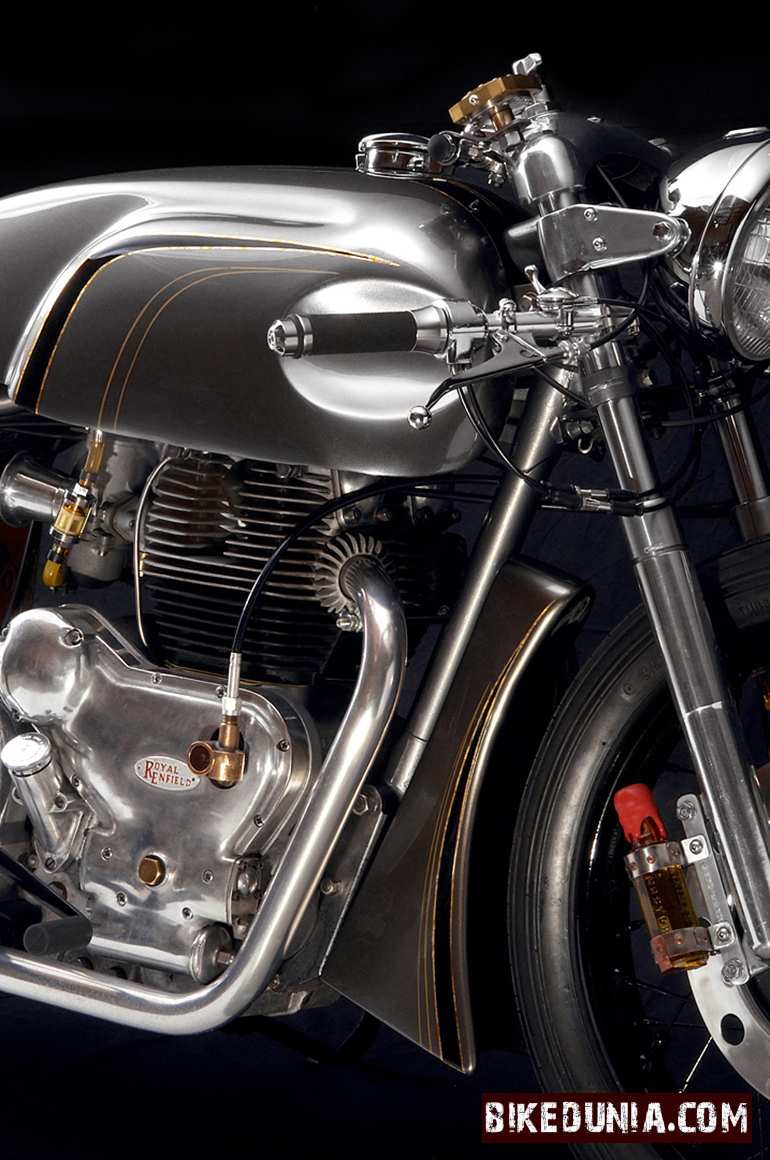 Now, the key for going all out on a bike is to go all the way and not miss a single element on it that might deserve attention. Charlie Giordano was clever enough to incorporate a wax-sealed “Boston” liniment bottle attached to the front fork leg. Filled with Rum to the brim, it showcases the Royal Navy tradition of a sailor's daily ration. Being the owner of Tailgunner Exhausts, he had to add his own personal item, the Tailgunner exhaust, further making it more of a devour on the street. This bike certainly blows the roof when it comes to customization and the man behind it, Charlie Giordano, knew exactly what to do. 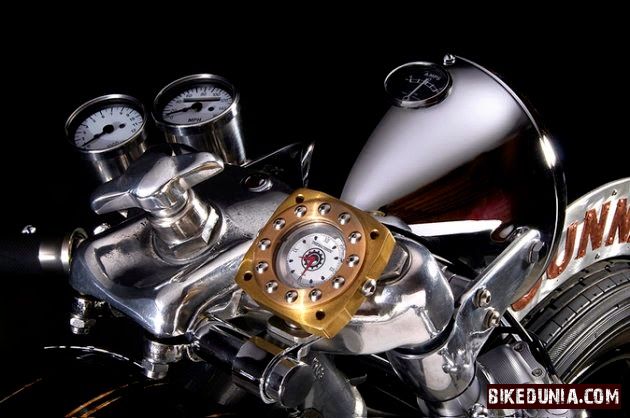