The Isle of Man TT

A race not for the faint-hearted

The Isle of Man, a small island located in the Irish Sea, the perfect place for setting up a World Championship event for motorcycles. Seriously, who would have thought it out to make it one of the greatest motorcycling events on the planet? 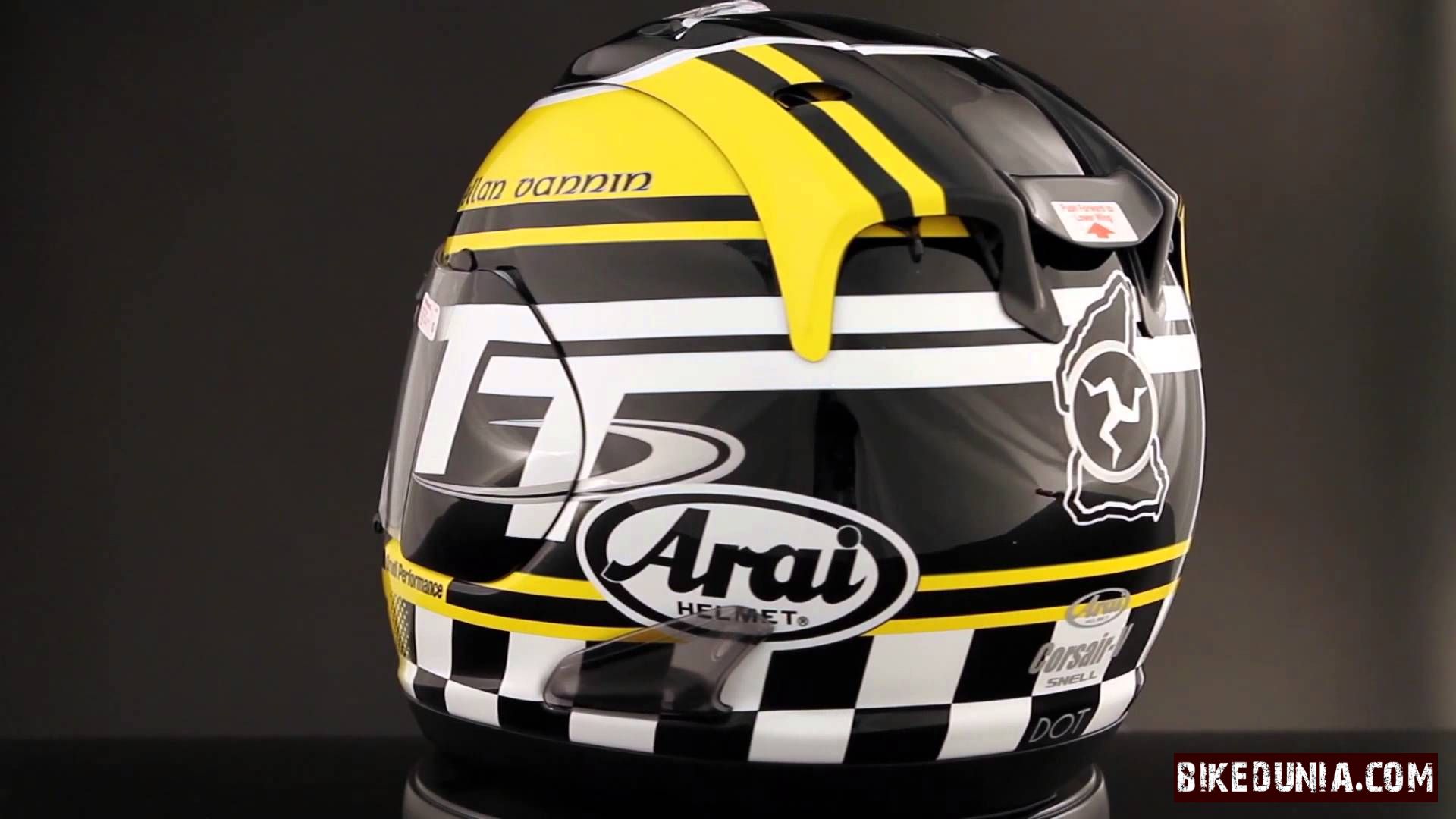 The plan for holding the race in the Isle of Man, dates back to 1906 when the International Cup for motorcycles was held in Austria. The event did not achieve acceptance among its followers as there were allegations of cheating and unfair practices during the race. A conversation between four men who were passionate about the sport, Freddie Straight, Secretary of the Auto-cycle club, brothers Charlie Collier and Harry Collier, sons of H.Collier who manufactured the Matchless motorcycles, and Joseph the Marquis de Mouzilly St Mars, President of the Federation Internationale de Motorcyclisme (1905-1906) while on a train ride home from Austria, decided to hold a race in the following year based on the idea of automobile races in the Isle of Man on closed public roads. 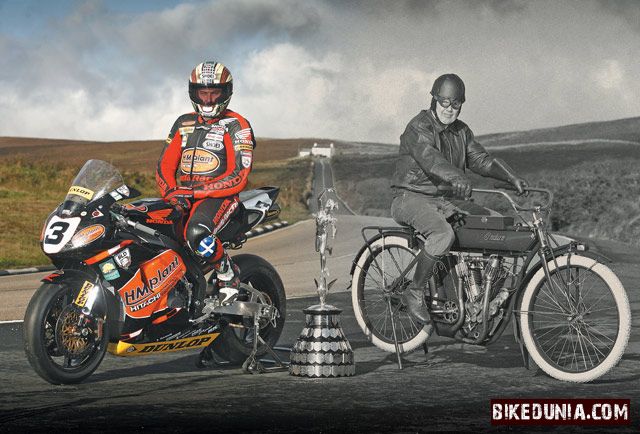 Later on, many regulations that were brought about during the initial years of the race were removed and there was an increase in the number of classes. With higher capacity motorcycles being produced, there was a need to restrict the classes to a certain capacity to avoid unintelligent racing. Well, wouldn't it be ridiculous to race a 300cc against a 500cc?
From 1911, the Isle of Man TT race circuit included the Snaefell Mountain course to make the race a bit more challenging. The original length of the entire course is about 60 kilometres and many public roads are part of it as well. Over the years, several changes have been made to the original course mainly to reduce the number of accidents and also to provide more challenges to the riders. There are over 200 corners in the entire course and about 60 of these corners have names. The corners were named after the riders who either crashed their bikes or even worse, died in the crash. 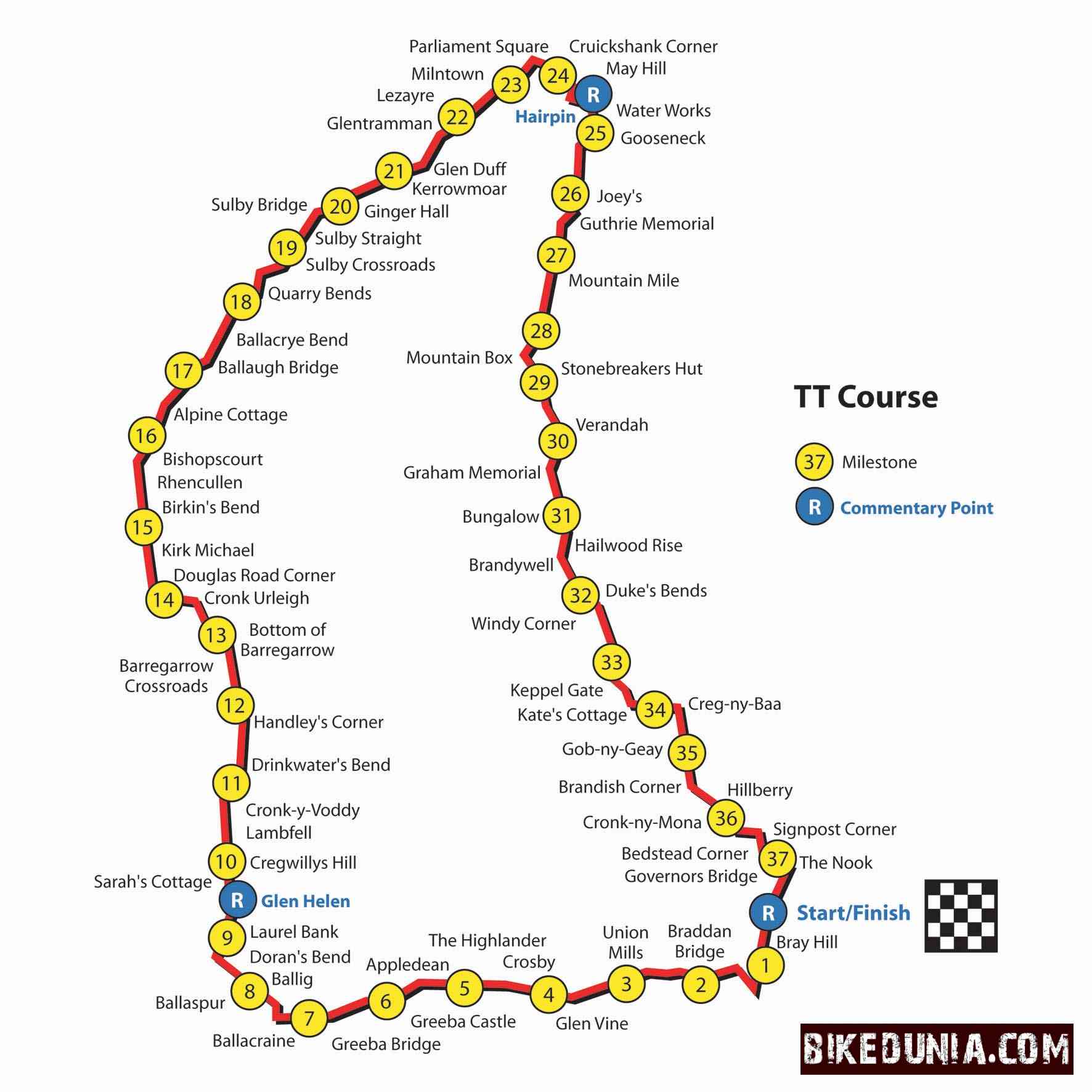 It was only until 1926 that the Italian motorcycle companies started to prepare their bikes for the TT. The Isle of Man TT had taken a break until the end of the first World War. During the years, the bikes were upgraded to perform better, weight was reduced drastically to improve the course times and as a result, individual speeds were increasing too.


The 1930's was when the Isle of Man TT grabbed world attention. Increased commercialization of the race attracted many from all corners of the globe. Movies were made using the TT race as a background. The event was also a platform for motorcycle manufacturers to showcase their products. With the increased competition, manufacturers started to experiment with their bikes, bringing in newer technology upgrades such as supercharging and over-head camshaft engines, suspension upgrades and usage of lightweight materials. Agility was key to better lap times but with manufacturers searching for more power, the goal was all about speed. Supercharging the engine was the way to go during these years and provided the teams with lower lap times and an overall increase in speed. The works Norton motorcycle team were ahead of the competition then, but was later pushed behind by international manufacturers with their improved bikes. The first foreign winner of the TT was Omobono Tenni who raced for the MotoGuzzi team in 1937 under the lightweight class. 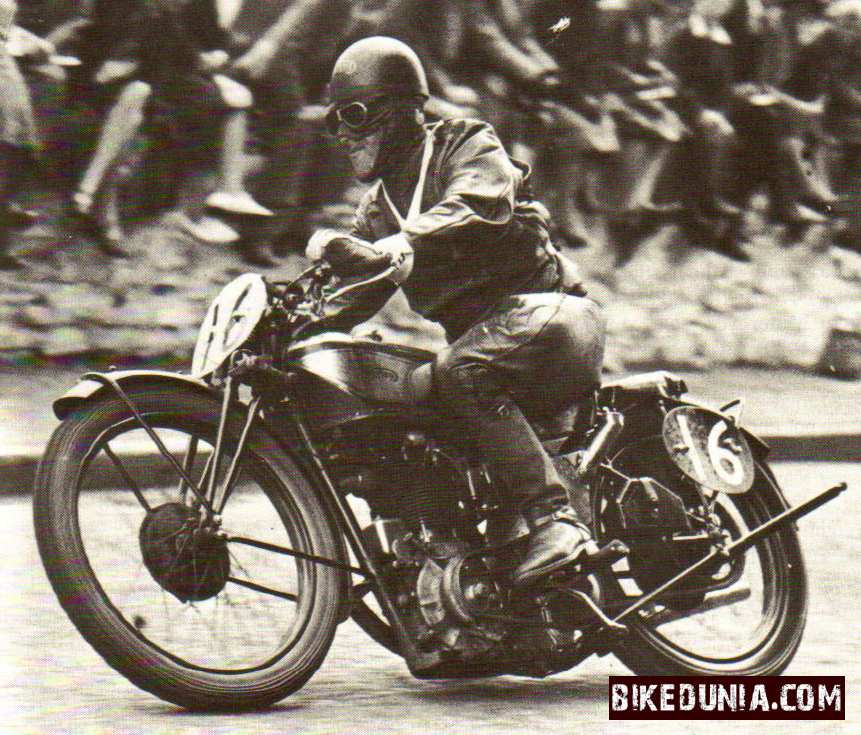 After the Second World War

In the year 1947, a dramatic change of regulation was introduced by the organizers and they had proposed to ban all forms of supercharging the engines. Also, the year 1949 marked first inaugural race of the Motorcycle Grandprix World Championship, commonly known as MotoGP. The Isle of Man TT race was used as the first event for the MotoGP. From the 1950's, the road ahead for the Isle of Man event looked even more competitive and promising. International manufacturers started to use the course as a test bed for their machines and the British players, ones that held a dominant position in the history of the event, seemed to be struggling to get a place in the podium. The European manufacturers were bringing in new and improved technology and all this seemed quite difficult for the British, despite them building their machines using brand-new frames and engines. Financial difficulties also had a role to play in the setbacks faced by the British.
The 1960's also saw the introduction of a safety helicopter and turned out to be vital for those who suffered high-speed crashes at deserted sections of the course. In the year 1976, the Isle of Mann TT event was removed from the World Championship list after an Italian rider had a fatal accident which prompted his friend and fellow riders to boycott the event until 1974. By the year 1976, after a meeting between the Auto Cycle Union and the FIM, a decision was taken. The decision was purely based on the safety concerns of the race and took into account the number of riders who lost their lives to the blistering pace of the track. 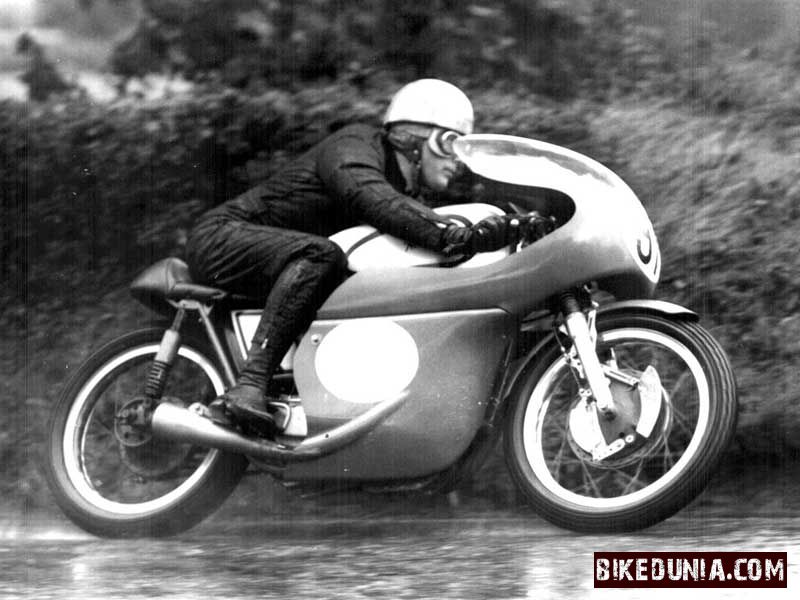 The Isle of Man TT has come a long way since its inception. Speed is like a drug that every rider is addicted to and Bruce Anstey is one rider who took his Honda CBR1000RR to its absolute limits and completed the course in 17 minutes with an average speed of a whopping 132 MPH which is equivalent to 212 Km/h. Michael Dunlop and John McGuinness are two other popular riders who are hot on the heels, pushing their limits to achieve the impossible and the unimaginable.
As of now, there are six categories of bikes that are allowed to race. Superstock, Superbike, Supertwins, Supersport, TT Zero and Sidecar TT.

Superstock: Stock, road-going bikes with the exemption of a few modifications. Removal of lights and mirrors, suspension can be modified, exhaust systems can be replaced and power commanders can be installed. A power commander is basically an electronic unit which can control/adjust the fuel injection. Superstock bikes finds its use among talented riders who cannot afford to spend more on their bikes but solely rely on their talent. 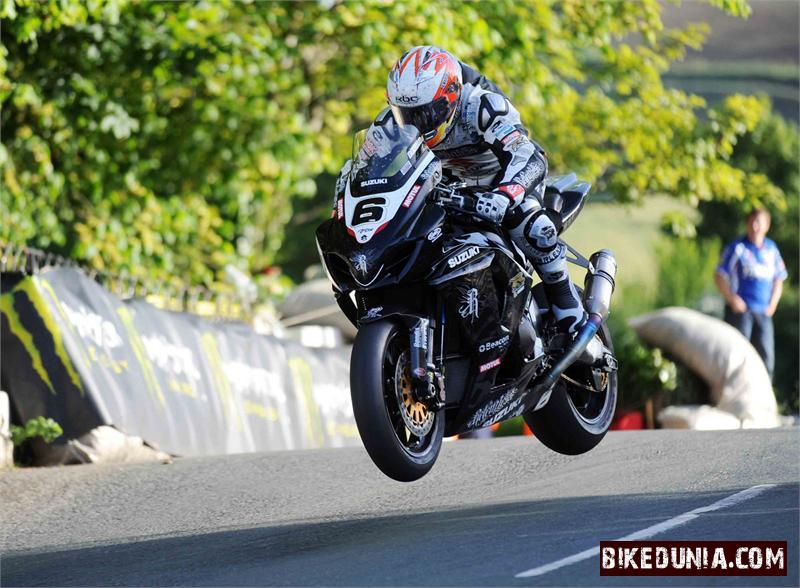 Superbikes: They are litre-class(1000-1200cc) machines that are allowed to undergo deeper changes to the overall build. Modifications include usage of lightweight materials, performance supsension upgrades, chassis and engine upgrades and also full race performance exhaust systems. Power generated is above 200 bhp and can surpass the 200mph (320km/h) mark quite effortlessly.

Supertwins TT (Lightweight): Four stroke twin-cylinder, liquid-cooled engined (up to 650cc) bikes that are road-going, with a number of modifications allowed to the overall frame, suspension, engines and exhaust as per regulations. 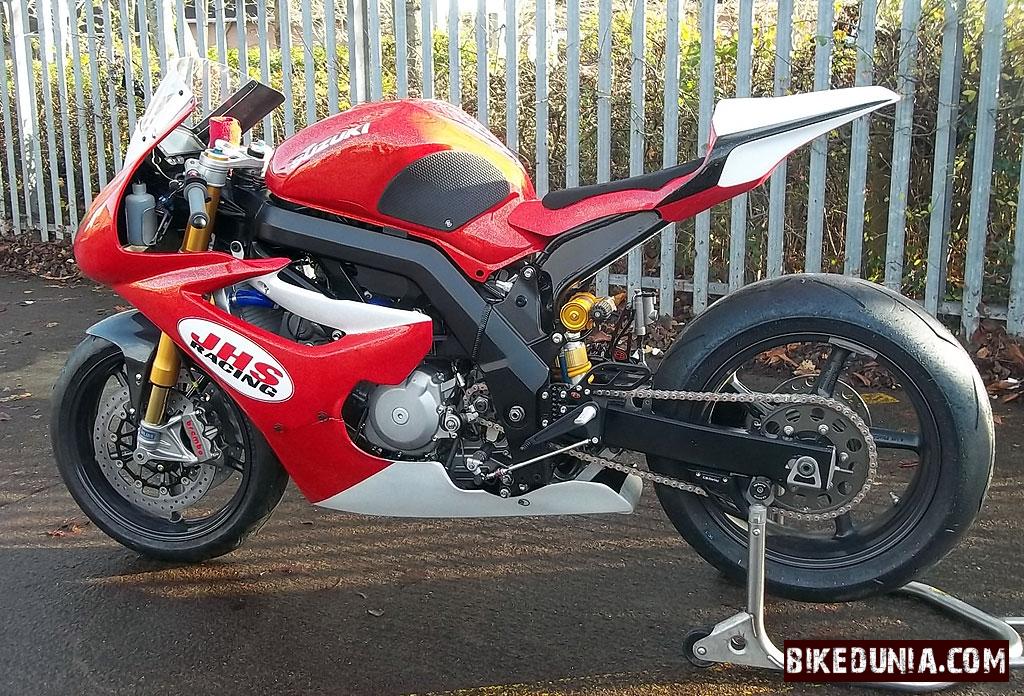 Supersport: Road-going, production models that are also permitted to change the suspension, exhausts and tires. Powered by engines from 400cc to 600cc four stroke four cylinder, 600cc to 675cc-four stroke three cylinder engines with a minimum weight of 161Kg for all configurations. 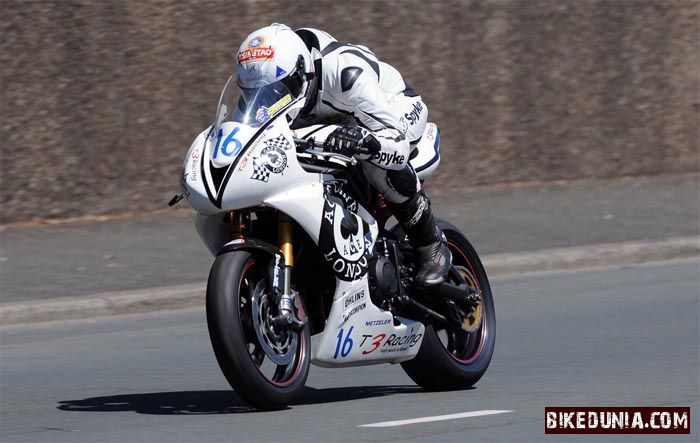 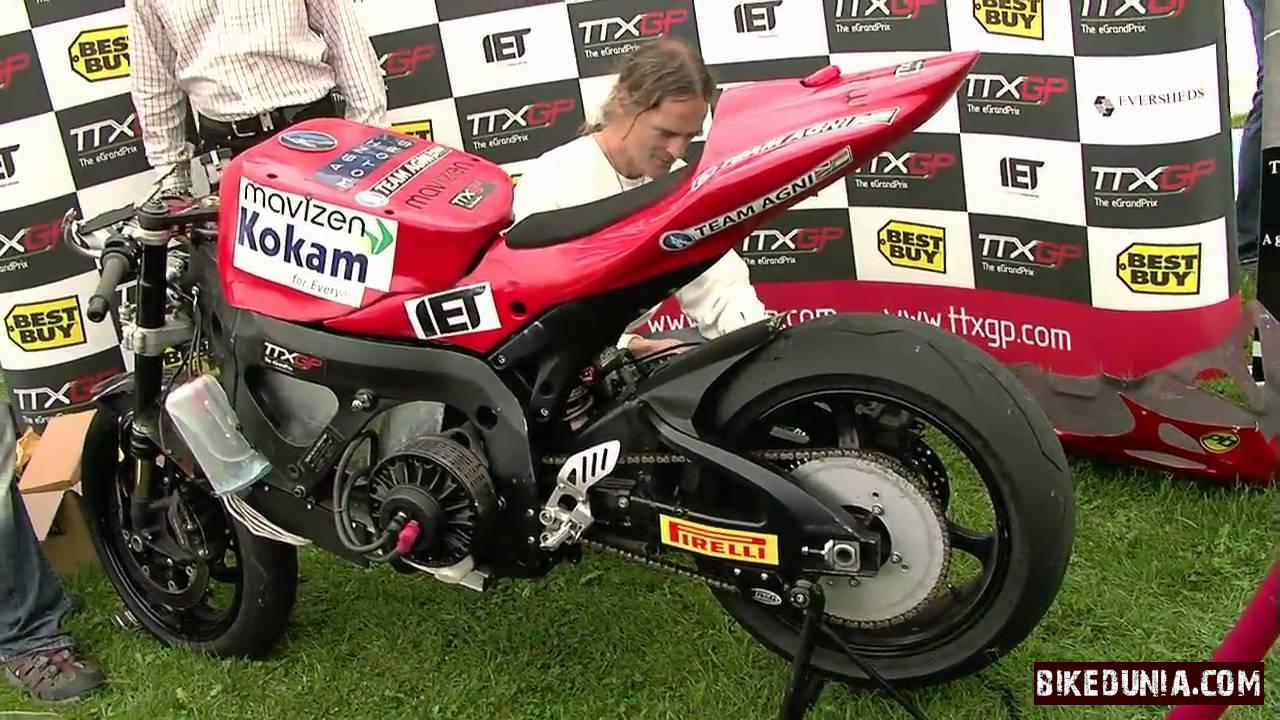 Sidecar TT: Sidecars have been included in the Isle of Man TT since the 1920's and still has its place in the event. They have two race days. 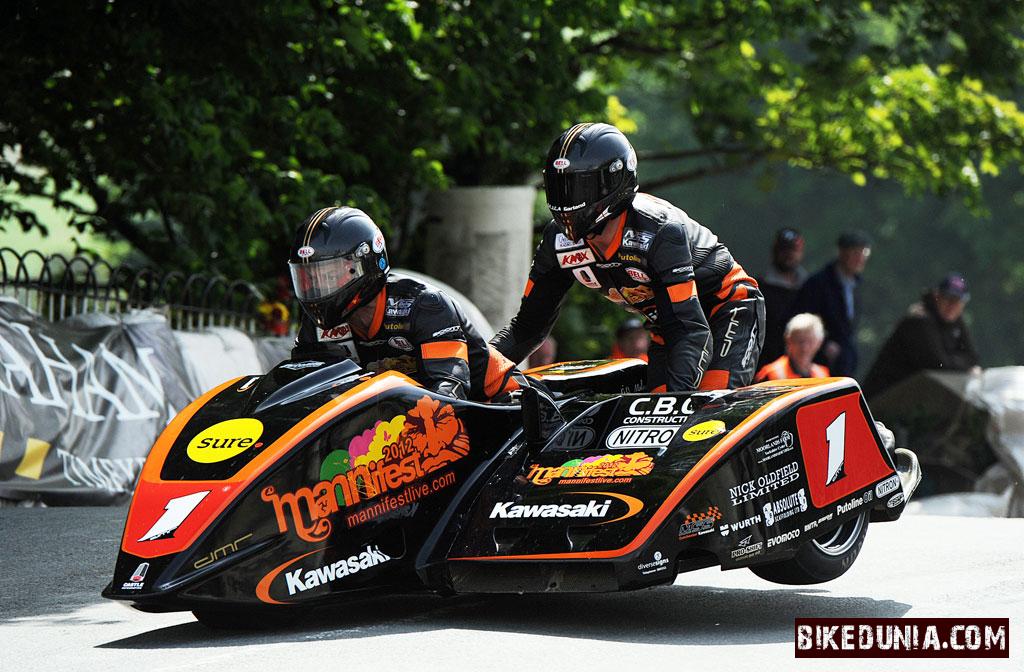 Conquering the Isle of Man with a motorcycle isn't as easy as it looks. Take a professional circuit rider and put him into the event and he certainly wouldn't be able to reach the ranks of the ones who own the leader boards. The Isle of Man TT requires the incredible skill of putting mind over matter, to know exactly how a corner would appear and make changes to the bike faster than a blink of the eye and how to tame the bike. Speed is not the defining factor in this event, its about using the speed and learning how to control the machine to achieve what is desired.