New riders of Mahindra in the 2013 Moto3 Championship, Efrén Vázquez and Miguel Oliveira were the riders who praised.

Mahindra Racing Moto3 riders, Efrén Vázquez and Miguel Oliveira narked their praises after the first test done with it. During the test Efrén Vázquez finished 8th with a career best time of 1.40’495. Meanwhile his teammate was 0.031 seconds behind him to finish at the tenth spot. In the test race, Maverick Viñales of KTM won the top spot.

“I’m happy with the decision [to join Mahindra]. We’ve believed in this project since the first days. We need to work a little bit more with the new bike and also with the team, but the project is really nice - a new team, new bike, new engine, all new set-up.This is the first test with the first prototype with this engine. The engine works very well. That is a big surprise me, and I think also for the team. But we need to work a little bit more and improve with this frame and with the settings to do a good lap time, especially at this track. But for the first test I think we are really happy with this great surprise with the results,” said Efrén Vázquez. 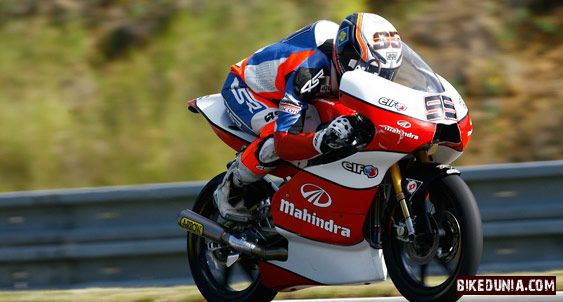 Vazquez is a is a Spanish Grand Prix motorcycle road racer. He started his career in 2007 by joining Aprilia team in a 250cc class race. The next year itself he jumped to be a part of 125cc class of Aprilia team. In 2012, he was welcomed to the world of Moto3 along with Honda. He finished at the 10th place. Now he is contracted to Mahindra Racing.

“This is a completely new project. It is not easy, we found some problems, which is good in this initial phase. But we are optimistic. We are not so far from the top guys.I think there is no pressure. They didn’t have the best bike last year, so I think now with this bike we can get better results. Also with my teammate Efrén we are working to understand the bike. He comes from another bike, so he can give us different comments, so it’s a good team, and we are working together, which is good,” said Miguel Oliveira. 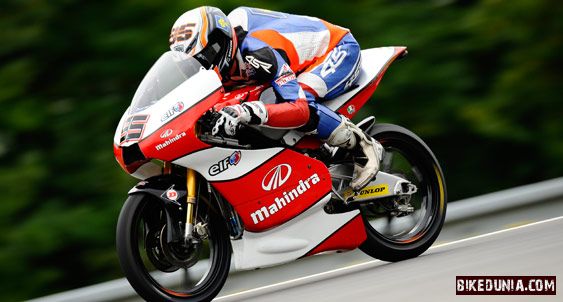 Oliveira is a Portuguese motorcycle racer. He began his racing career with a 4th place in Troféu Mini GP. While he appeared last time, he bagged 8th spot in the 2012 Moto3 Championship. So far he has won 8 Championships in his name.
Written by Bikedunia.
Last updated on 21-02-2013. Published on 21-02-2013.