The days are no longer away when the world gets completed shifted to electric machines. Symptoms are already seen in today’s generation as many electric motorcycles, scooters and cars are getting launched everyday. American electric motorcycle manufacturer, Brammo is one of the best brands that rolls out world class electric machines from their production houses. Unveiling new machines that are as powerful and featured as that of current generation superbikes, there is no other way than being astonished before the miraculous works done by the company.

The Empulse from Brammo is one of the finest high-end electric bikes in the world. Brammo has exceptionally done a great job in molding out such a masterpiece on road. The design of the machine is quiet unique. No one may feel the Empulse to be an electric stuff for that the machine is designed in such a way. Well, the American firm has taken cues from certain streetbikes, sportbikes, and café racers to figure out an apt and a unique sketch. 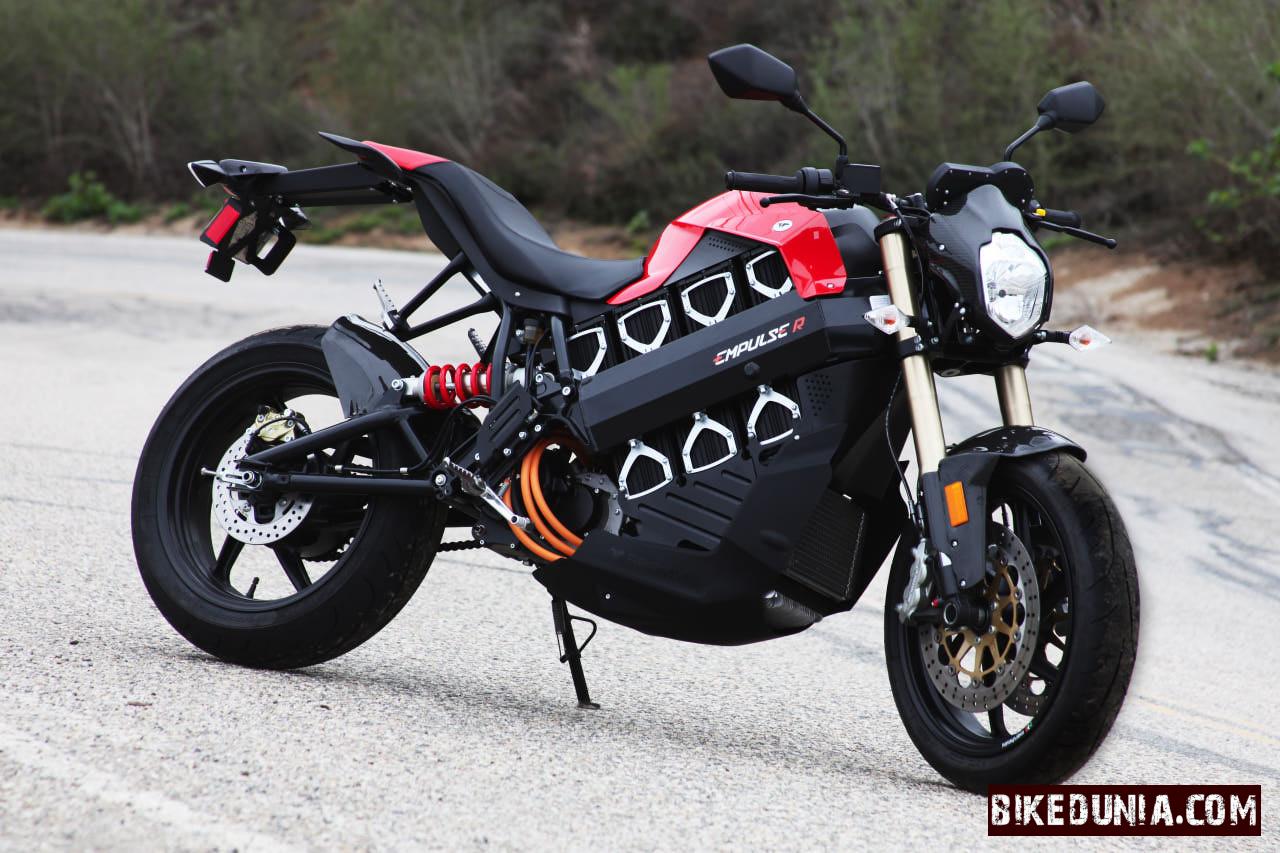 The Empulse which is also known as the Empulse R comes with a Permanent Magnet AC (PMAC) - Water Cooled motor. The machine has a direct chain 1drive. Mated with IET 6 speed gearbox with multi-plate, hydraulic activated wet clutch, the motor-machine produces peak power of 40kW, @ 8,200 rpm and peak torque of 63Nm. Having all these powerful specification, the bike takes a top speed of 169 kmph, which is very much impressive as far as an electric motorcycle is regarded. 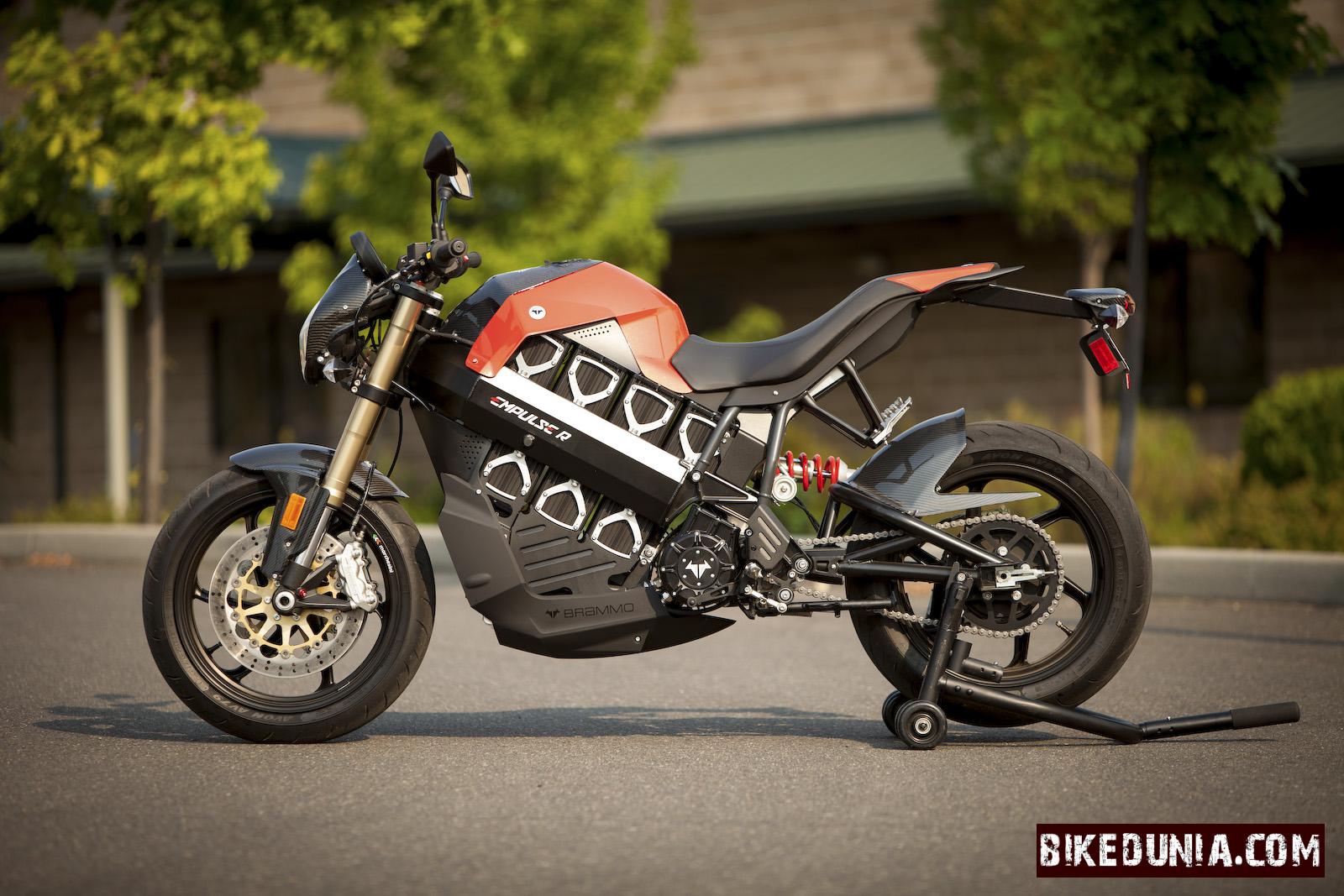 Being an electric bike, its battery is of much reliable. Here the motor is performing with Brammo Power BPM15/90 Lithium-Ion ( NCM Chemistry) battery. It requires 8 hours of maximum time to fully charge the cell. With a single fully charged battery, the motorcycle can be moved up to 195 km in city, 90 km in highway, and has a combined driving range of 124 km.
The Empulse is crafted out of Brammo E-Beam™ Aluminum frame, fabricated by Accossato in Italy. This ensures maximum stability to the machine. Suspension has good importance to make every turns and bumps easier. It is equipped with a fully adjustable 43mm Marzocchi Forks at front and a fully adjustable Sachs Shock suspension at rear. The motor-machine is certified of world class braking features. It is mated with dual 310mm Brembo floating disk with twin four piston Hydraulic Brembo Brake Calipers at front and a Brembo single disk with dual piston Hydraulic Brembo Brake Caliper at rear.

The Empulse is featured of next generation instrumentation on the dashboard. An LCD display that figures out almost all stuffs that a rider must know are seen at a simple glance. The bike weighs only 213kg. The Empulse is available in True Blood Red, Eclipsed Black, and White Noise colors.
Written by Jose Gonsalo Garshya.
Last updated on 13-11-2013. Published on 12-04-2013.