The Italian motorcycle manufacturer MV Agusta Motor S.p.A. confirmed the production commencement of the Rivale 800 by the second half of 2013. The confirmation message dropped out from the official web page of MV Agusta.

“The new year has started well for us regardless of the negative global market trend. We are very satisfied with our results to date. I’m convinced that they will tend to grow even further thanks to the arrival of the new RIVALE 800, for which we’ve already received many orders. We have good reason to look forward to 2013 with optimism,” said Mr. Giovanni Castiglioni, President and CEO of MV Agusta Motor Holding. 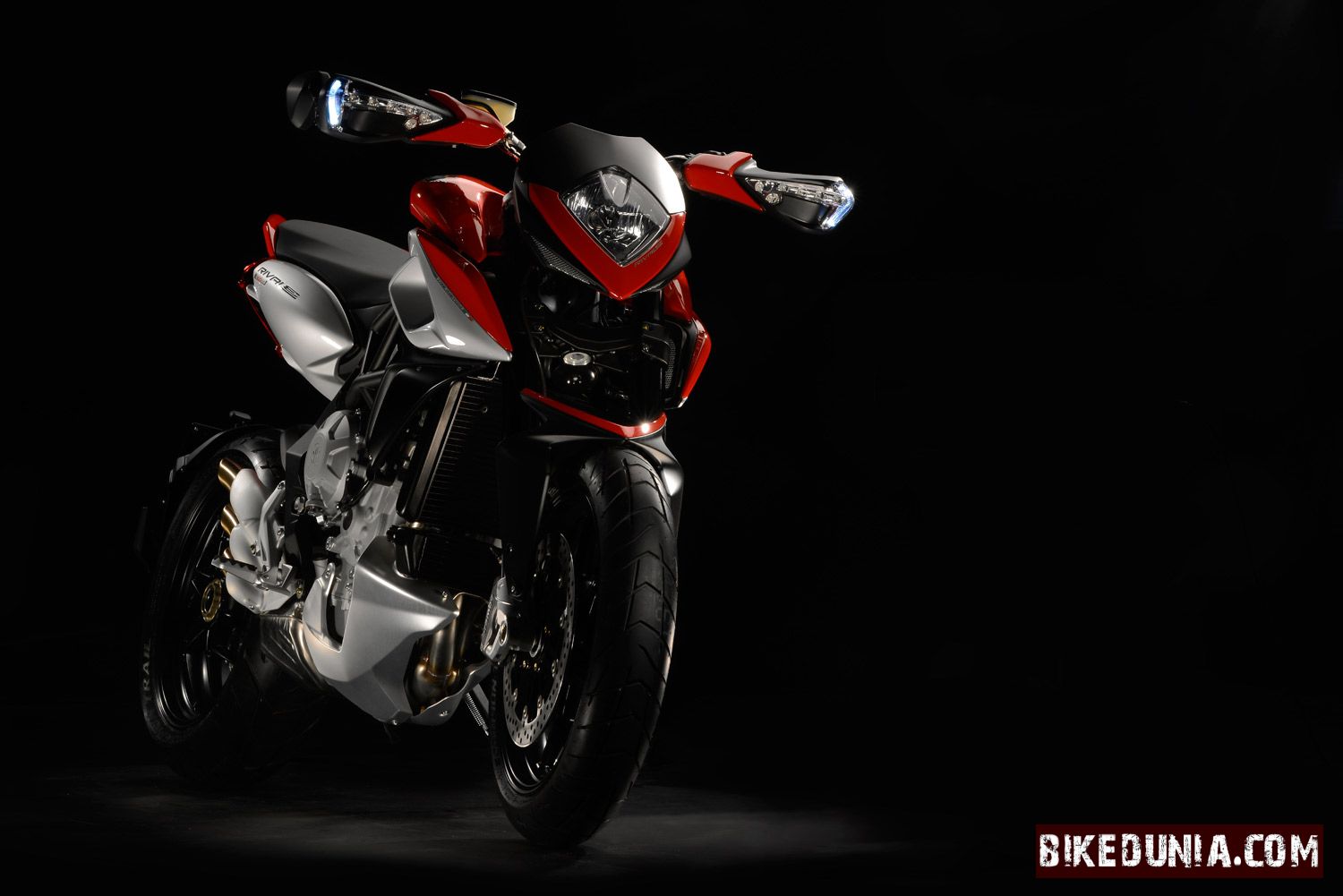 Initially, MV Agusta 800 Rivale was debuted at the 2012 EICMA (Esposizione Internazionale Ciclo Motociclo e Accessori or Milan Motorcycle Show), in Milan, Italy. Meanwhile, the machine was applauded with tons of compliments and praises. The Rivale 800 also bagged the prize for the most beautiful bike at the show. 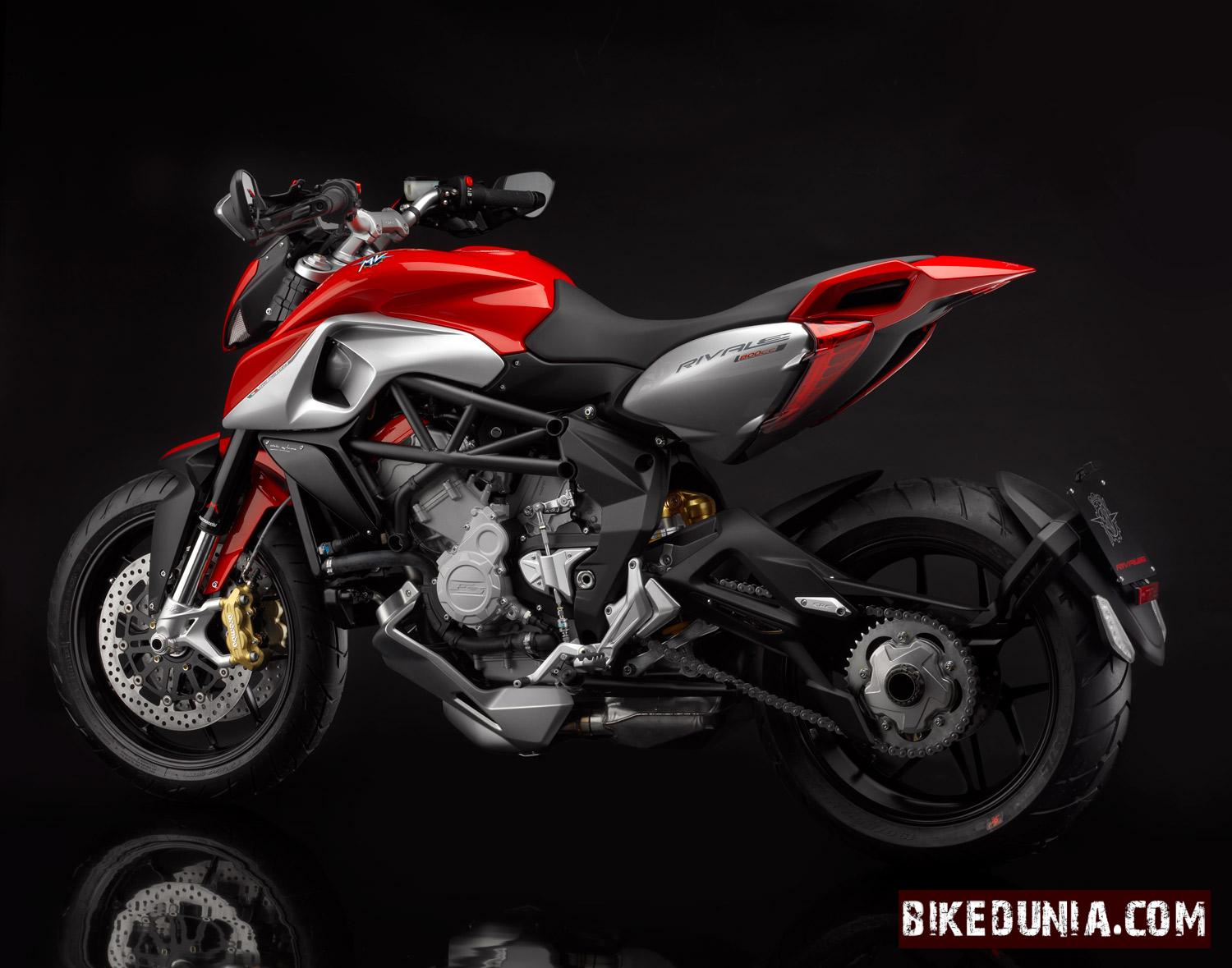 I solidly believe that the Rivale 800's outlook must be described more than in words since the two-wheeler holds that sportiness and hardcore racing ambiance onto itself. The designers of the machine must be exceptionally rewarded for their extra brilliant work that resulted in an outstanding bi-wheeler on road. Its 'V' shaped headlight, which matches the front mud-guard, the turn indicators which are housed just in front of the handlebar but on the wings mounted on both ends, triple-exhausts with tails in golden finish, rear LED light, unique aluminium alloy wheel, and all new paint scheme of red, black and silver, mould out a novel species in the motorcycle industry. 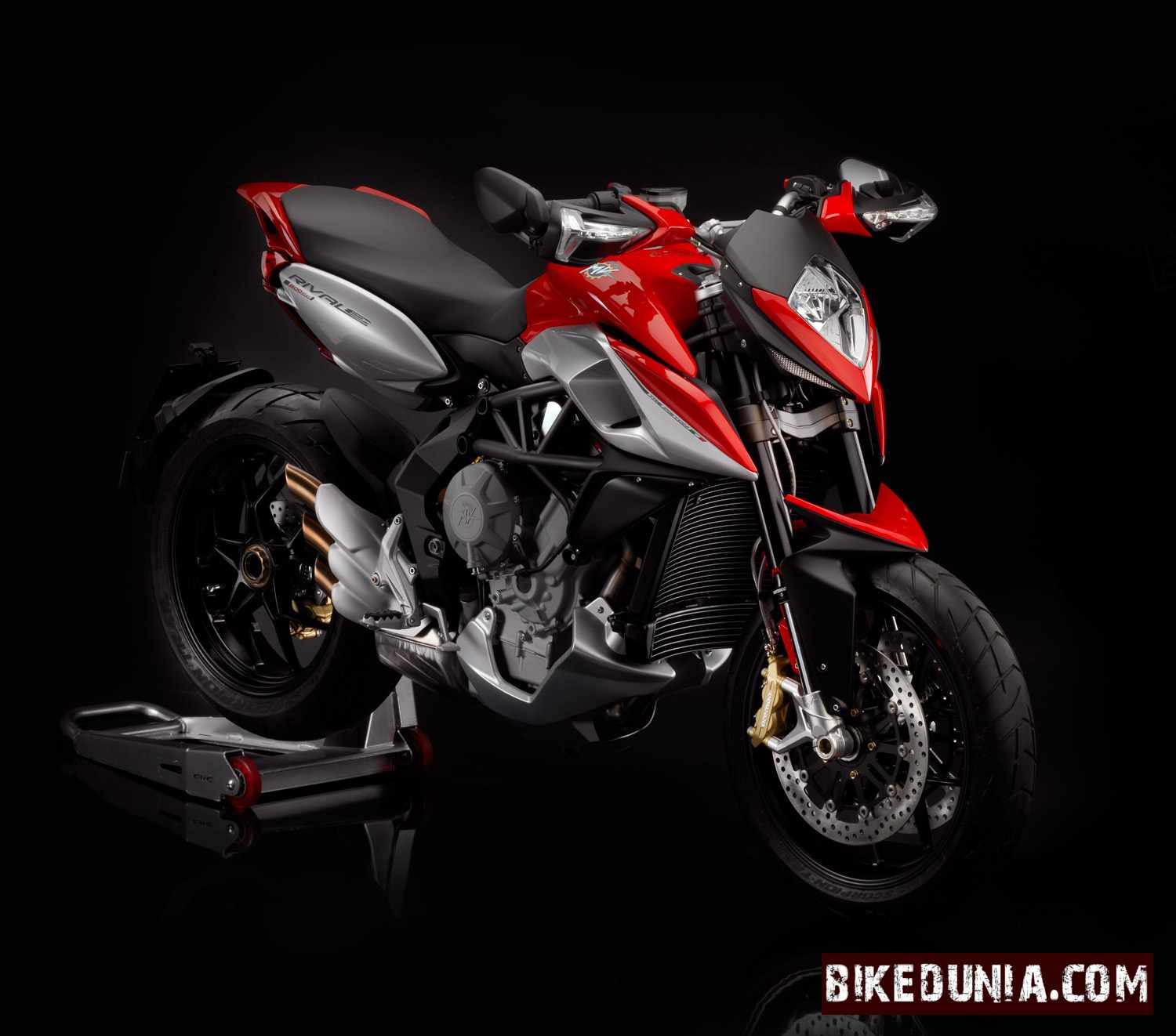 To carry on the genuine niche hypermotard market, the Rivale comes with the same 798cc, In-line three, four-stroke engine, The engine fires out stunning power of 125 HP. It is coupled with a 6 speed gear transmission. The power weight ratio of the bike is 1:0.7353. Having mounted on the steel trellis frame that is combined with a rear of two aluminium alloy plates, the reliability and the stability would be better. 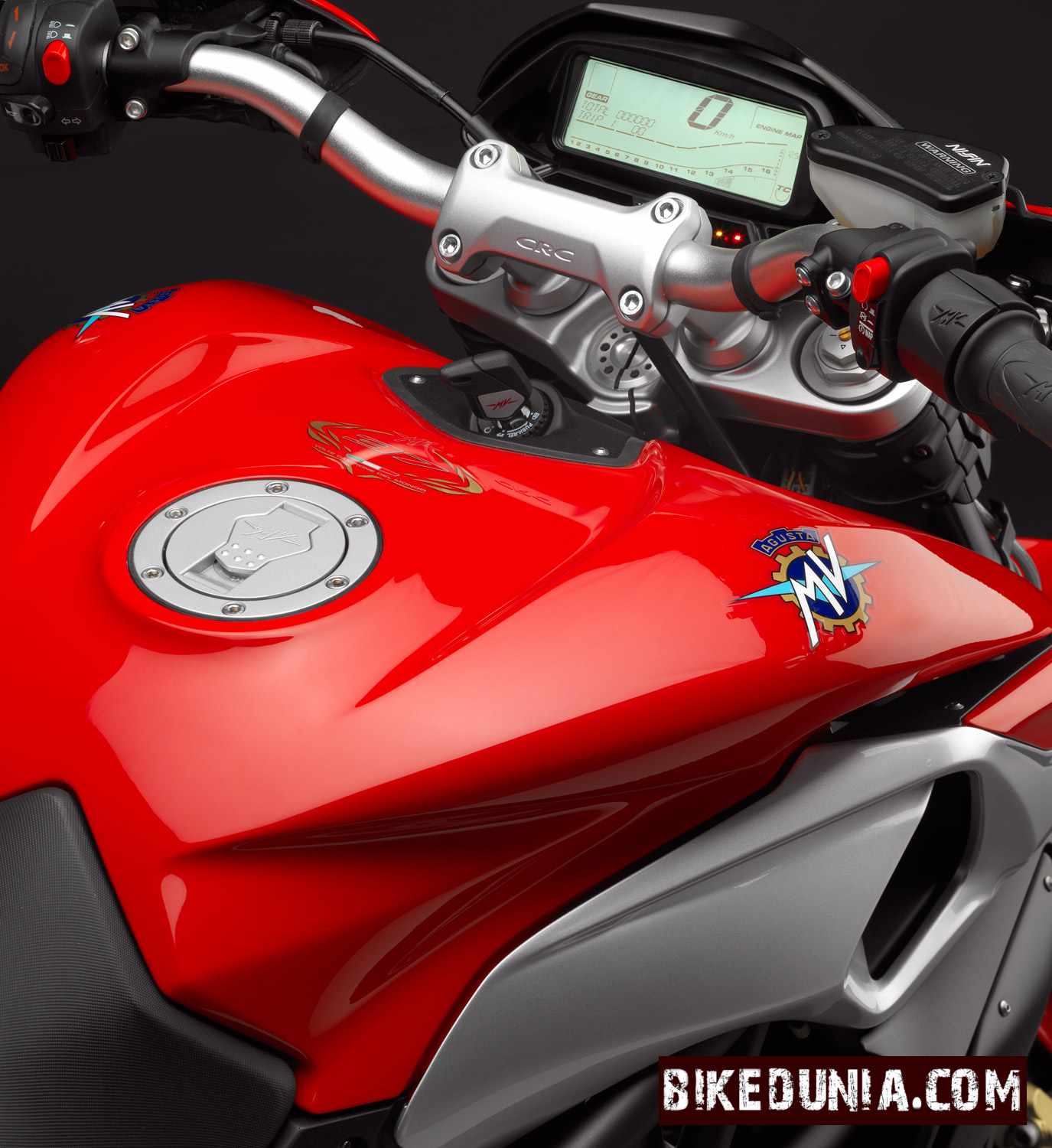 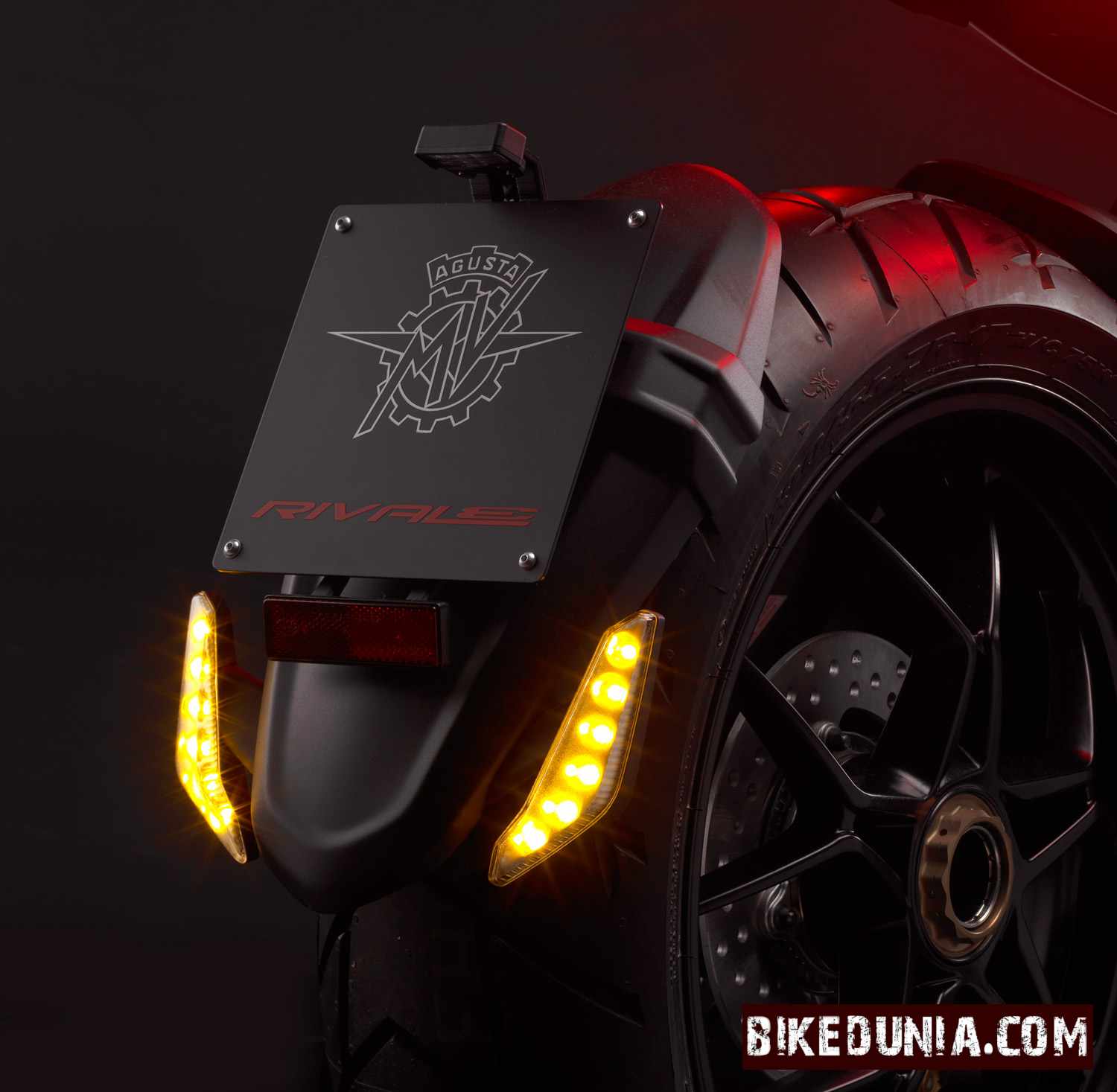 The machine features a monochrome fully digital multi-function display by which the rider can have easy glances to know every details so easily.