Honda RC213V-S : An Inspiring Sportsbike From The Tracks Of MotoGP

It is the street legal production model of Honda's ace MotoGP machine.

MotoGP is considered to be the pioneer in motorsports. It is the most advanced field of engineering in which all major powerhouse competes for the crown. The models used for the championship often features the most advanced technology and designs. Honda RC213V is one such world title winning model of Honda. After their success stories on the GP grounds, they have decided to bring out this beast on to the roads as a street legal model. 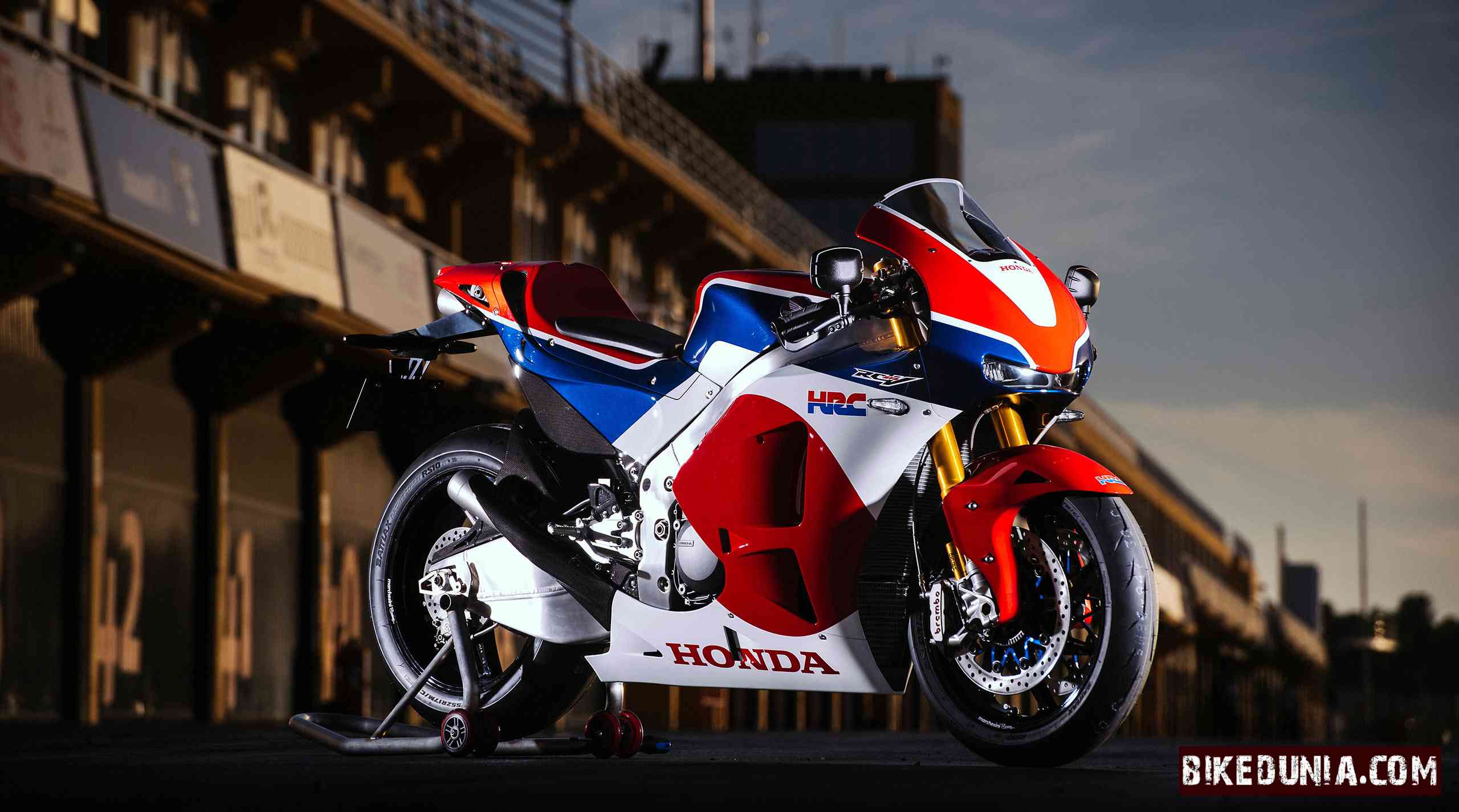 But they were not ready to change the racing outlooks of this model and decided to add just enough equipment for making it as road legal. And the new Honda RC213V-S is such a raw machine with GP outfits. It really looks like a MotoGP bike with lights and some minimal sticker works.

This particular model was very famous on the track by winning back to back titles in 2013 and 2014. A 1000cc, 90-degree, V-4 powertrain with 360-degree crank and gear driven cams acts as the main source of power delivery. With the engine on board the bike may looks bit mighty monster and heavy, but it is the least weighed mass produced superbike in the market. No other bike would stand close enough to the weight shedding of this monster. One of the exciting feature of this machine is its directness to go speedy around a racetrack with all MotoGP performance in and around. The mill churn out a maximum power of 159 bhp and a peak torque of 138.3 Nm. Honda uses the same conventional cassette-type gearbox from the GP track, assisted by slipper clutch which gives lighter feel during aggressive shifting.

Like engine, suspension and chassis set up of the vehicles are equally important, especially at the racing. The RC213V-S gets Ohlins TTX36 rear shock with a special remote preload adjuster and an Ohlins TTX25 gas charged fork. The rear suspension features Pro-link, Ohlins TTX36 suspension system. On the other hand, Brembo brakes of RC213V-S consists of radial-mounted four-piston calipers on a pair of massive 320mm discs. At the back hydraulic disc brakes takes in-charge.

Honda has produced many breathtaking machines from past to present. This particular model stands above all, as it comes directly from the race tracks. It might became the onlt mass produced superbike with MotoGP skin and attributes. It is the lightest, fastest, compact, advanced and aggressive premium sportsbike in the market.