For those who demand cruising with right size, right equipment and right styling.

Suzuki recently got its name shifted from American Suzuki to Suzuki Motor of America in US, in order to concentrate on motorcycles, ATVs, Marine divisions, Automotive parts and service operation after the massive bankruptcy swiped the firm. Clinching the plans to bring back the earlier waves once Suzuki had in the one of the most successful premium motorcycle industries in the world, the USA, Suzuki has rolled out 31 motorcycles in the country, in 2013. It is comprised of 10 cruisers as well. And the machine what we have here is one of them, the 2013 Suzuki Boulevard C90T B.O.S.S. Being this as the optional bike, the 2013 Suzuki Boulevard C90T becomes the standard motorcycle with limited features on board.

The Boulevard C90T B.O.S.S. Is precisely what beyond the price tag of it. It is priced only $13,999 and has been geared up with a large optically correct touring windshield, integrated saddlebags, black paint scheme all over except some few key chrome accents, wide bars, a multi-function instrument panel, a monstrous fuel tank, floorboards, and seven-spoke color-matched cast aluminium wheels. 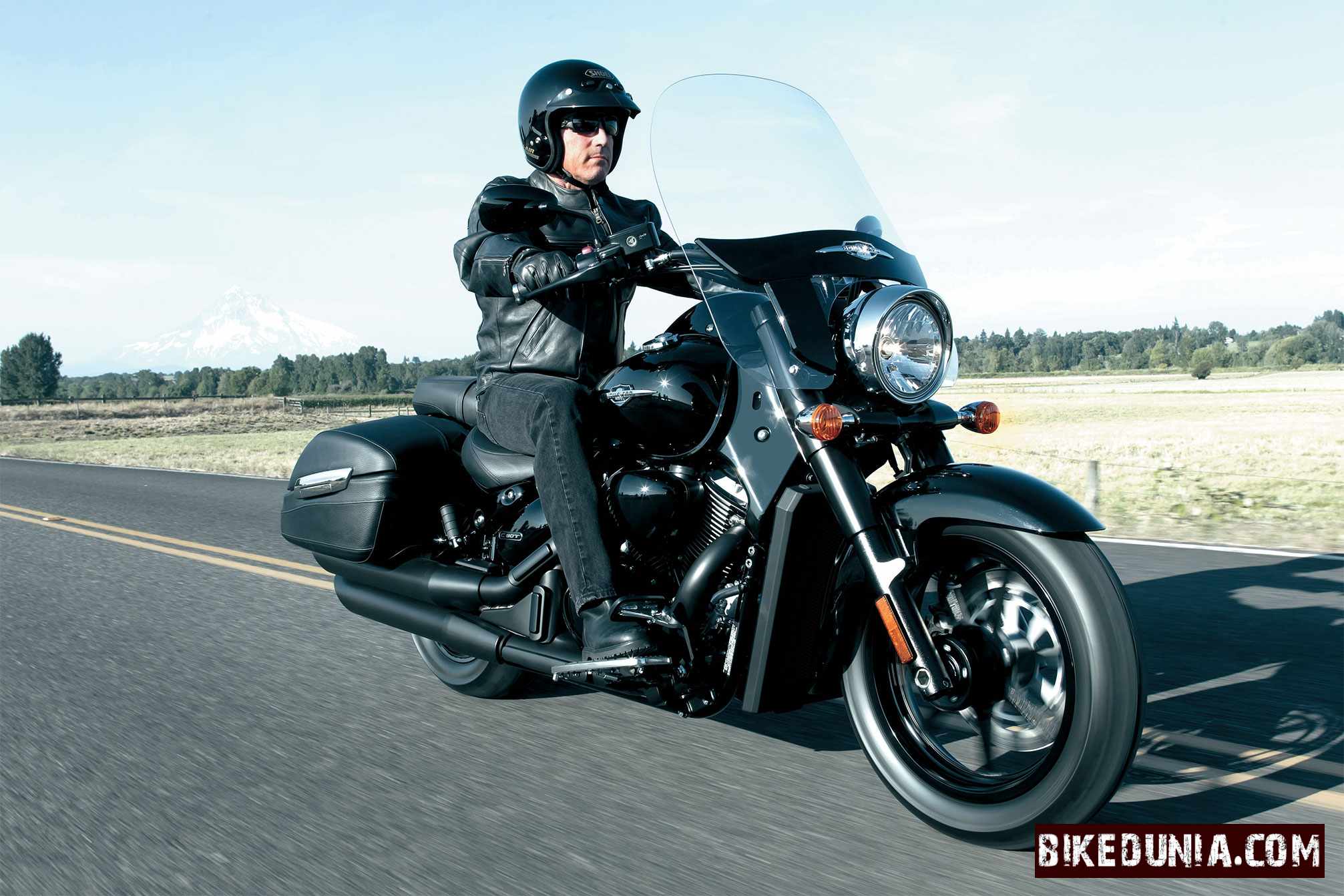 Coming down directly to the technical specifications, the Boulevard C90T B.O.S.S. Is powered by a 1462cc, 4-stroke, 2-cylinder, Liquid-cooled, SOHC, 54-degree V-twin engine, which is lively and on up to craft out some massive power of claimed 77.8 hp at 4800 rpm at respectable torque of 135 Nm at 2600 rpm. The front wheel is pulled by a 5 speed constant mesh that is coupled with engine. We can say gear shifting is ok since it is not that great as far as Harley Davidson machines are concerned. However, Suzuki has equipped the Suzuki Clutch Assist System (SCAS), which allows to make smooth downshifts by reducing pressure on the clutch plates under deceleration. While shifting up, an increase of pressure comes in charge for a stress-free change.

With this machine, Suzuki targets cruiser customers who wish to get cruised on a motorcycle having right size, right equipment and right styling. We can't say we are on the best machine its class while sizzling through roads. Its telescopic, coil spring, oil damped front suspension and link type, coil spring, oil damped rear suspension bring the rider a comfortable journey even at turns and troughs. 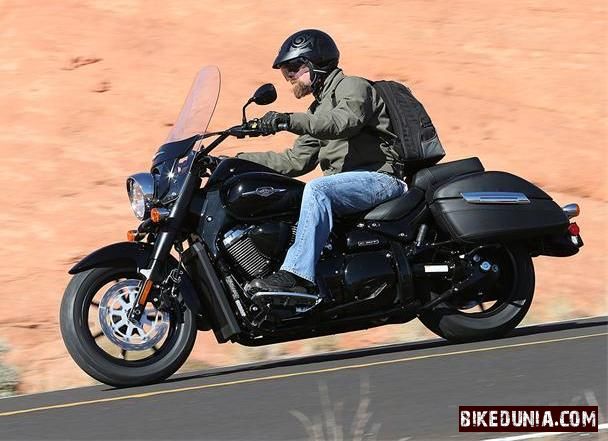 Seeing a single disc brake at front, we may get shocked and doubt about the stability while braking on high speeds. But your dilemma doesn't last long. The 330mm front disc with dual piston caliper and 275mm rear disc with twin-pot caliper bring the machine down from whatever speed it run to a very controllable manner.