The Italian bike maker Moto Guzzi celebrated their 50 years of presence in the market by rolling out V7 III Anniversario Edition. V7 is the most well known and best selling Moto Guzzi model by keeping all the expectations and reputations of the legendary brand. From 1967, V7 has been a major pillar in the Moto Guzzi product range, standing out to be the popular model because of its design and content. And now, after 50 years the third format of this legendary model is launched.

Moto Guzzi uses a new engine for V7 III model. It is powered by 744cc, 90-degree, V-Twin engine that comes mated with a 6-speed constant mesh gearbox. This mill is capable enough to draw a maximum power of 52 bhp @ 6200 rpm and a peak torque of 60 Nm @ 4900 rpm. The construction is based on tubular steel double cradle frame chassis for smooth handling and strength. Suspension system consists of 40mm hydraulic telescopic forks with 5.1-inch travel at the front and preload adjustable twin shock absorbers are used at the rear. Stopping power of V7 III lies within the hands of a 320mm disc brake upfront and a 260mm disc brake at the rear. This new offering claims to have a 10% increase in the horsepower while meeting the latest Euro 4 emission standards. Company also planing to launch a low powered version for the A2 class drivers for the European market. 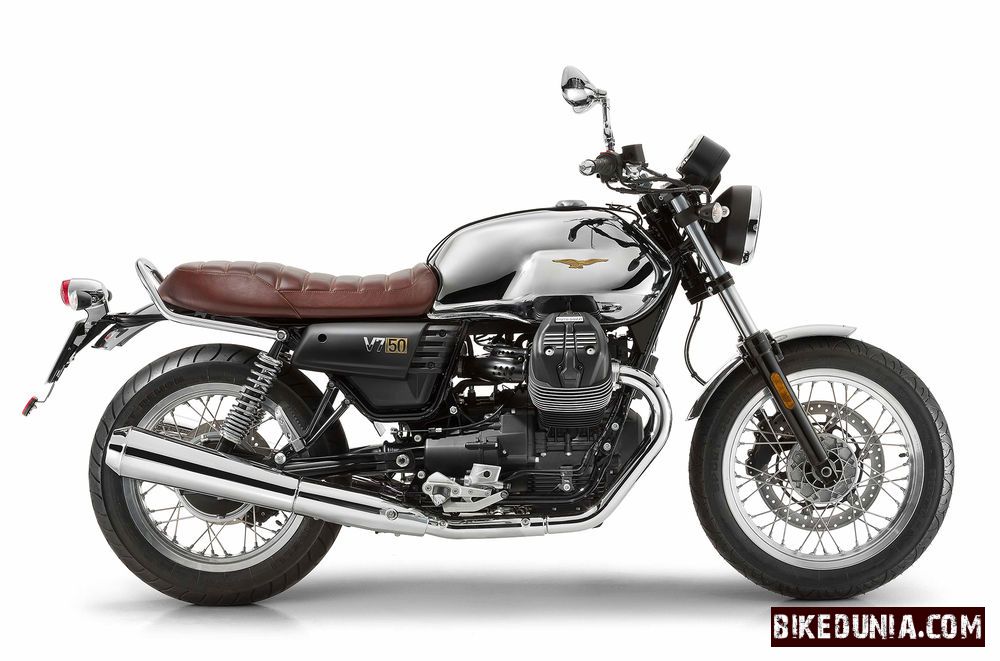 Coming on to the cosmetic department, the main highlights of this new machine has to be the chromium finish fuel tank. Moreover, a golden coloured eagle emblem on this fuel tank adds visual beauty of this bike even more. One of the premium feature of this Moto Guzzi is the genuine leather seat along with brushed fenders. Apart from the visual outfits, it also features a decent electronics package. The bike comes equipped with Anti-lock Braking System (ABS) and a traction control system that can be switched off by the rider itself. 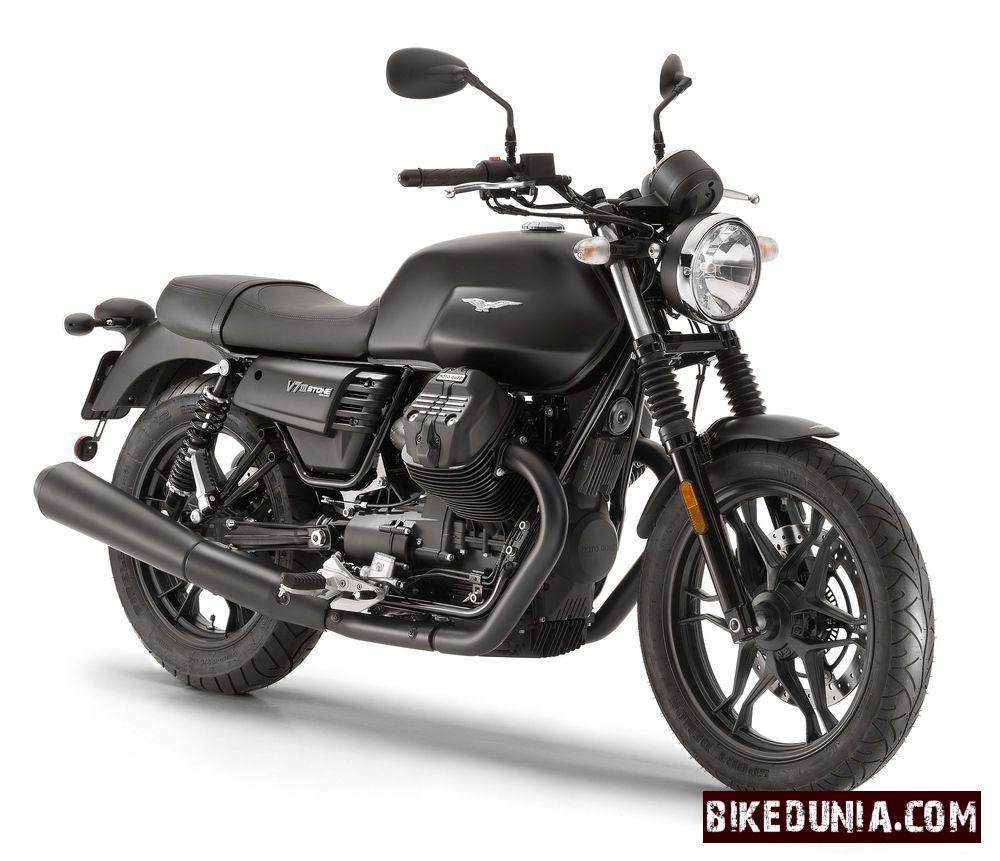 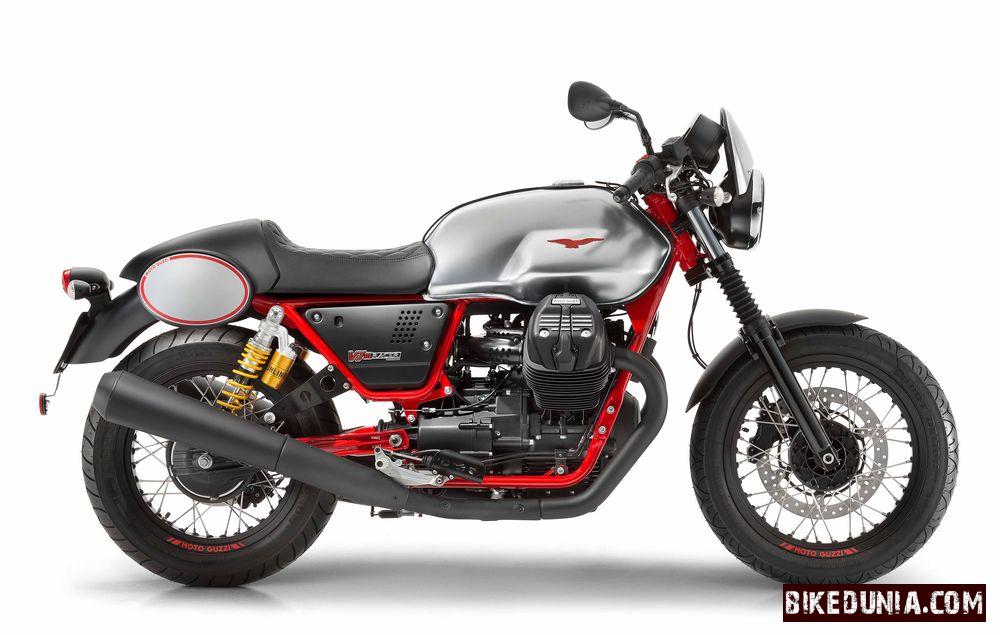