The CB Hornet 160R would replace the CB Trigger

Honda's recent gala event, the RevFest, as it was called, that featured the exclusive launch of some eye-catching models included the unveiling of the new Honda CB Hornet 160R. The Hornet surely looks attractive unlike the usual line-up of motorcycles that Honda had desperately tried to bring in to match with the current trend of 150cc-160cc based motorcycles that its competitors are selling without a pause.

The Hornet, is invariably based on the current Honda Unicorn 160cc, a bike that helped and still helps Honda maintain a good level of dignity and air among its million-odd customer base. Even when Honda seemed to feel too focused on the scooter segment, the Hornet could well be the answer to most of Honda's issues within its own motorcycle segment. It has been styled quite aggressively with a posture that reassures firmness and confidence. No curvaceous body lines or feminine fuel tanks, Honda instead going for a fully sharp make up. 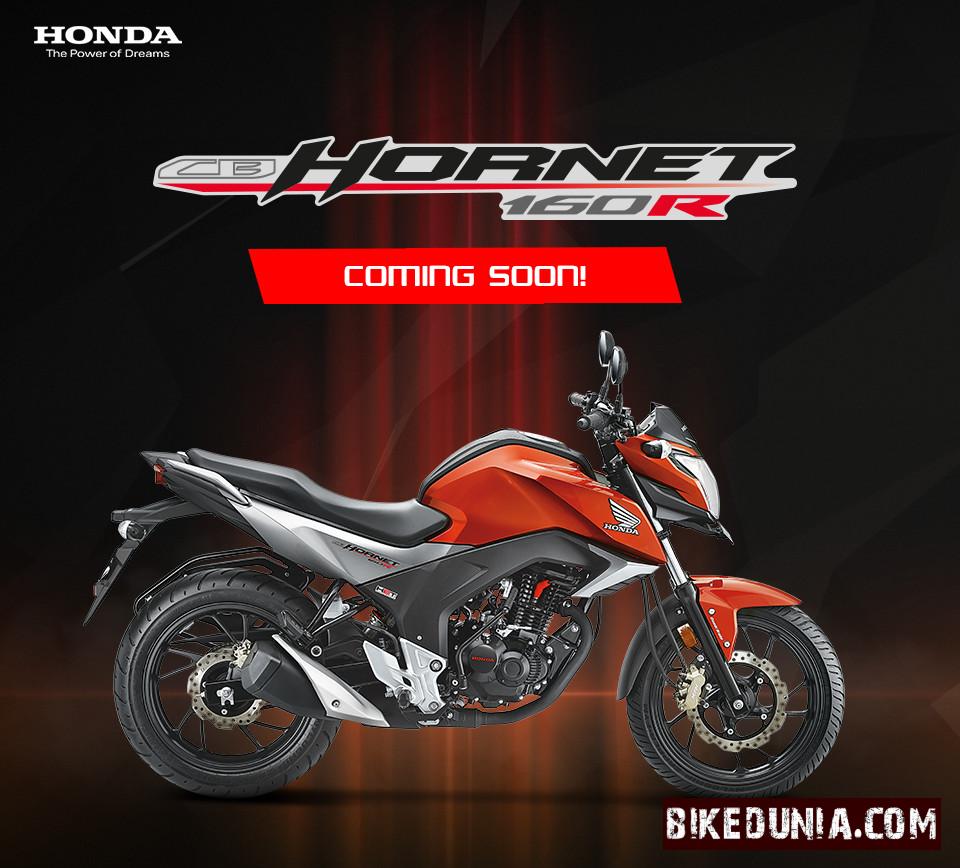 The front headlamp strikes familiarity with the Unicorn but maintains a fierce look, aerodynamic plastic cladding helps add to the styling efforts. Fairly wide tires with alloy wheels and petal disc rotors are a delight to the rider. The large fuel tank has been designed in a way to provide room for the thighs to rest comfortably in its contours, and again, cladding in the form of a body armor, strikingly similar to a carbon fibre cladding, swoops down from the filler cap of the tank to the seat. The seating appears low in height but it has been specifically made so to accommodate the rider in an aggressive stance. The pillion rider gets to hold on the grab rails that protrude from the rear muscle of the bike. The tail-light has been designed in a way that, when switched on, it illuminates in the shape of a stretched 'X'. The saree guard has also been designed in a unique way, no bars and grills taking away the overall look of the bike. The fat rear tire also gets a petal disc brake, the suspension has been carried over from the Unicorn. However, the exhaust resembles that of the CBR's that Honda India is still offering. A fully digital instrument console does the work of providing information to the rider. CB Hornet would use the 163cc engine featuring Honda's 'HET Technology', producing 14.5 bhp of power and 14.6 Nm of Torque, a 5-speed gearbox being the final piece. 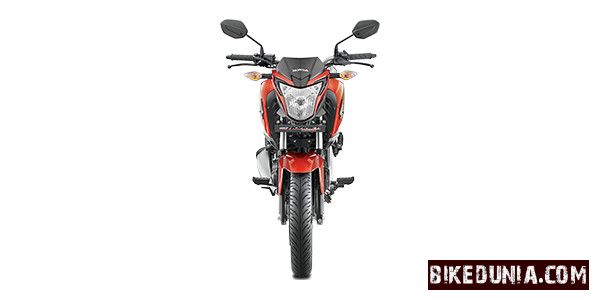 Overall, the Hornet has been designed by Honda quite impressively, and its competitors might start feeling the heat once it starts hitting the roads. The unveiling of the Hornet shows Honda's plan of luring in more of the younger riders who occupy a good share of the whole Indian biking segment. The Hornet would be locking horns with the segment's giants viz. Suzuki Gixxer and the Yamaha FZ; the competition should pick up the pace once the trio are put head to head. Priced at a reasonable Rs 85,000, the Hornet should already be a choice on the list among the prospective buyers for a motorcycle in this class.
Written by Vikas Vinod.
Last updated on 05-08-2015. Published on 05-08-2015.