Yamaha Launches The MT-25 In Indonesia

Yamaha recently launched a 250cc unfaired bike called the MT-25 in Indonesia. The naked bike comes as a sibling to the faired version, the R25.

The bike gets a 249cc liquid cooled, parallel twin-cylinder engine that is fuel injected and can produce 36PS of power and 22.6Nm of torque which is mated to a 6-speed gearbox. This is the same engine that the R25 uses and the rest of the bike, including the frame is borrowed from the faired version. Compared to the R25, the MT-25 is only different by its weight and the smaller fuel tank at 14 litres. Other than that, the bike essentially maintains its stance as a naked bike. 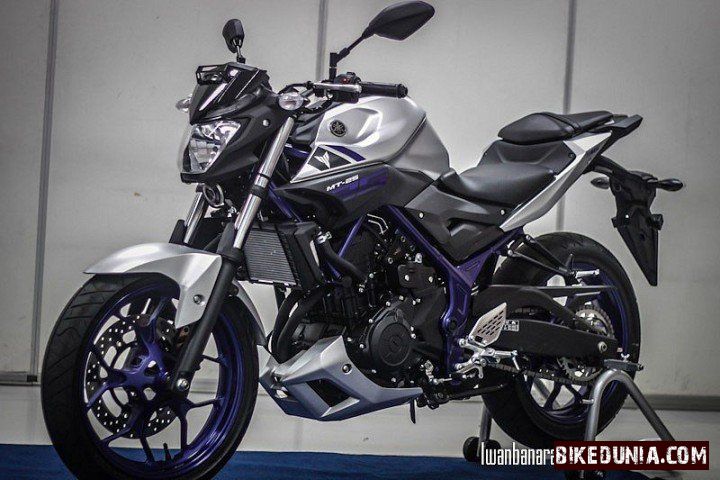 It gets an attractive blue and white livery with essential styling elements added from the front end all the way till the rear. At the front end, the bike gets a rather small but simple headlight with short turn indicators on either side. From the front, a large radiator can be seen from placed below an airbox that sits high up. The engine is given an all black paint-job and sits attractively amidst the blue colored frame. A neatly designed sump guard placed at the bottom end of the engine adds to the unique styling of the bike. A mono suspension does the suspension duties for the rear and is attached to the rear swing arm which houses the large alloy wheels and the fat rubber. A short and sporty exhaust juts out from the engine exhaust port and is placed at is tipped off at a high angle. Both front and rear wheels get a single disc brake set up. Overall, the styling does seem fairly impressive and looks worth the price. 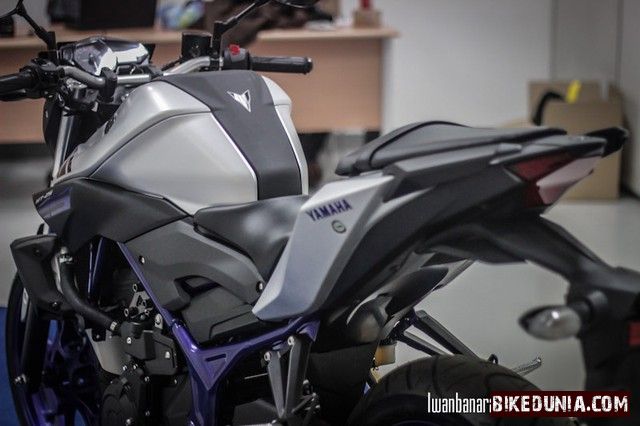 Yamaha has said that the MT-25 will cater to a lot of the younger individuals that are looking to start off their riding adventures with adequate power and agility. For now though, 10000 units will be launched in Indonesia in the first year and will later continue production as per demand. It also said that the MT-25 will also be introduced to other markets around the world and also includes both developed and developing economies. The MT-25 is priced at 46 million Rupiah.