Europe sets the stage for welcoming the all new Yamaha VMAX Carbon from the iconic motorcycle making giant. Celebrating the 30th anniversary of the Yamaha Motor Europe, the 2015 Yamaha VMAX Carbon edition will only be offered in Europe. The iconic design of the VMAX gets a little bit of twist and turn here and there. With a matte grey finish body paint job available for the standard model will be offered at a reduced price. Although the North Americans get a splash of Black Cherry coloured VMAX in the dealerships since last November. The first of its kind which was launched in the late 1985 was a ground breaking design concept. The muscular motorcycle concept which was then evolved is still playing a big role in the motorbike segment, keeping its glory as the best Muscle Motorcycle in its class.

The design of the all new VMAX Carbon edition is similar to that of the older version. Though it matches with the later version of the VMAX, the new one is filled with a different design and styling elements and components. The iconic double pair aluminium twin air-vents attached to the side cowl of the fuel tank is one such feature of the motorcycle which adds on to the muscular component of the motorbike. 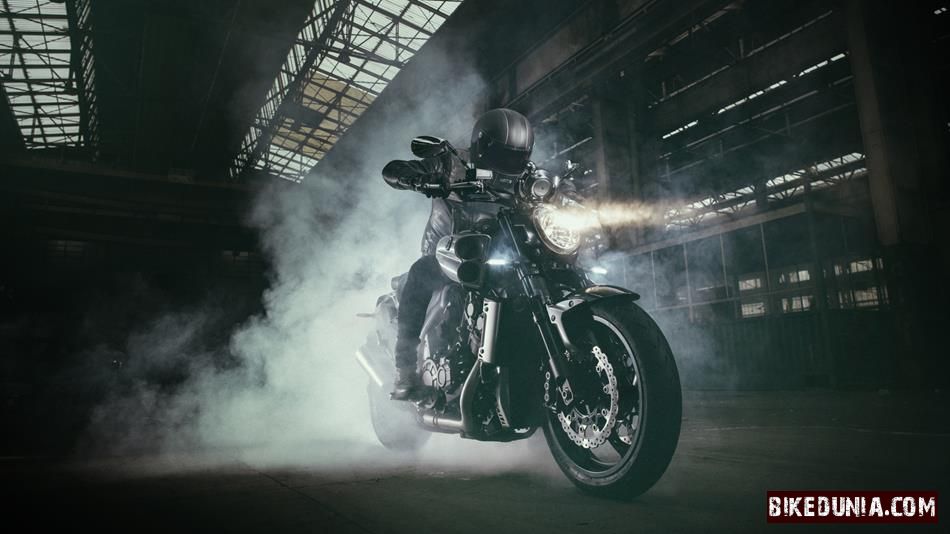 The twin spar aluminium frame features a diamond type frame layout that ensures excellent balance and rigidity of the motorcycle while at high performance. The frame arcs above the massive engine generates a brutal and aggressive look for the motorcycle. An exclusive carbon body work of the VMAX distinguishes itself from its older version. The use of light weight carbon material in the side covers, fenders and the tank covers provide the motorcycle a tough yet sturdy appeal. The black engine, frame and chassis and the all black wheels provide an element of blackness which results in the iconic look of the motorcycle. 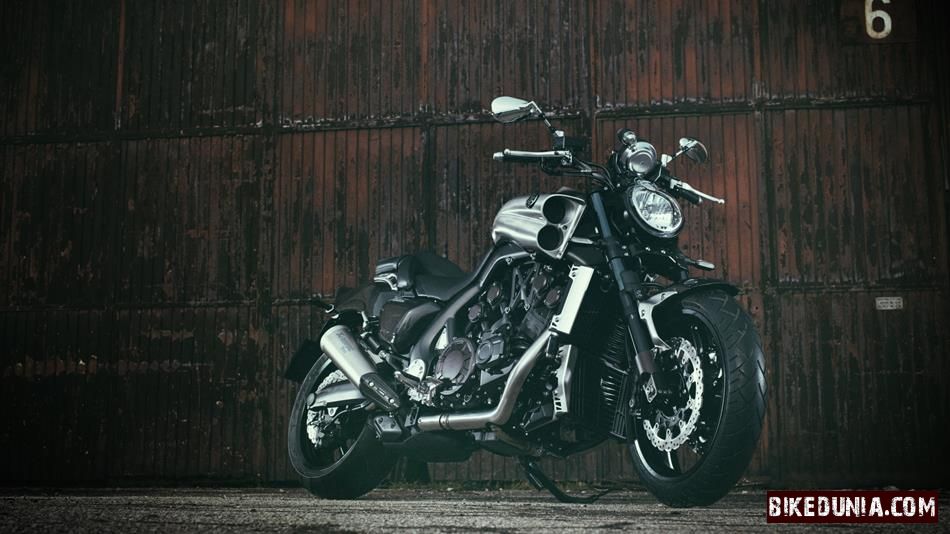 The all new Yamaha VMAX Carbon edition looks and feels different yet equips itself with a lot of technologies and innovations. The aggressive looking big boy comes with a V-type 4-cylinder, liquid-cooled, 4-stroke, DOHC, 4-valves 1679cc engine. The massive block of engine is capable of producing a maximum power of 147.2 kW (200PS) at the rate of 9000 rpm. At 6500 rpm the engine is capable of producing an overall net torque of 166.8 Nm (17.0 kgm). The wet multiple-disc diaphragm spring clutch of the motorcycle is connected to a 5-speed constant mesh transmission system. The Carbon version of the VMAX comes with a TCI ignition system with an all electric start up system. 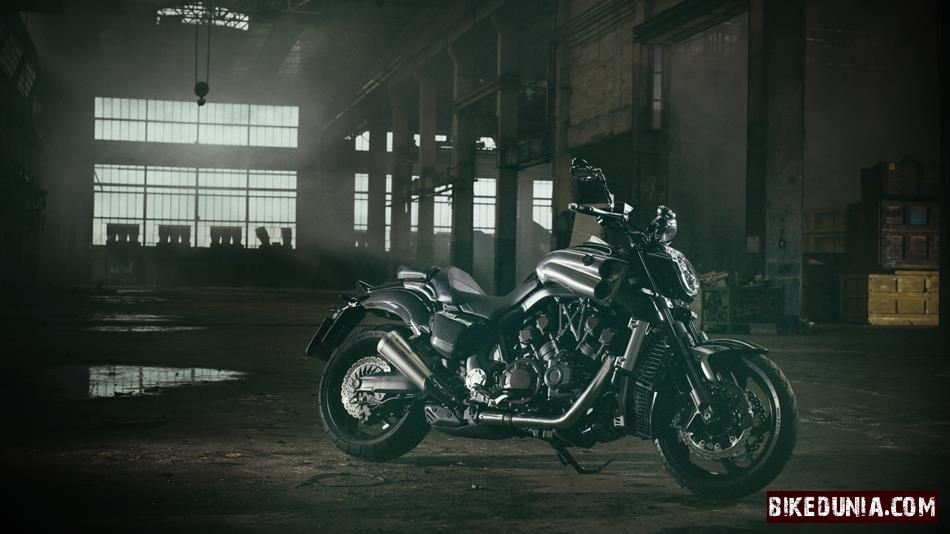 An aluminium diamond shaped frame of the motorcycle helps to enhance rider comfortability and luxurious ride experience. The frame also supports the engine and other control systems to hold tight towards the motorcycle, forming a tight enclosed and secure room for the same. A 4x2 exhaust system with Akrapovic mufflers are installed for the air flow out the motorcycle. The carbon fitted with upswept Akrapovic slip on the mufflers gives the motorcycle an enhanced look. 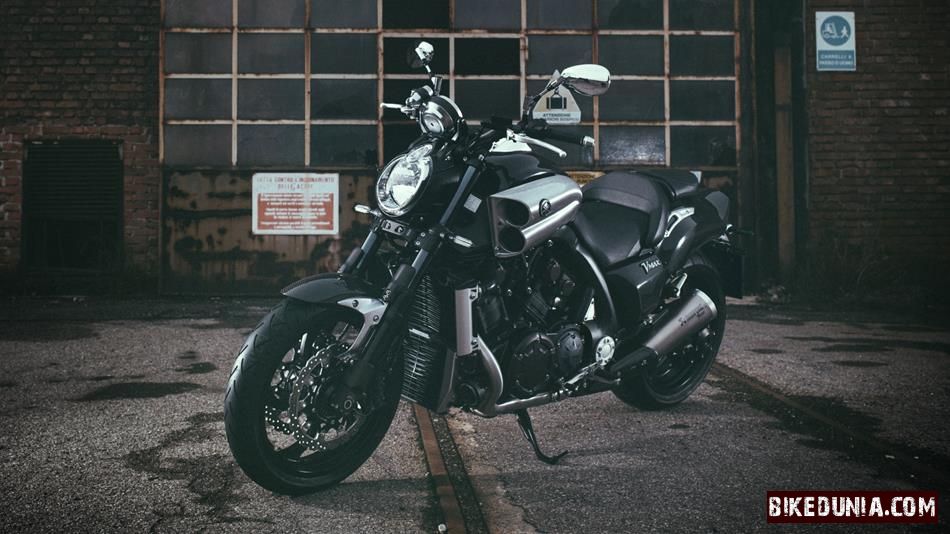 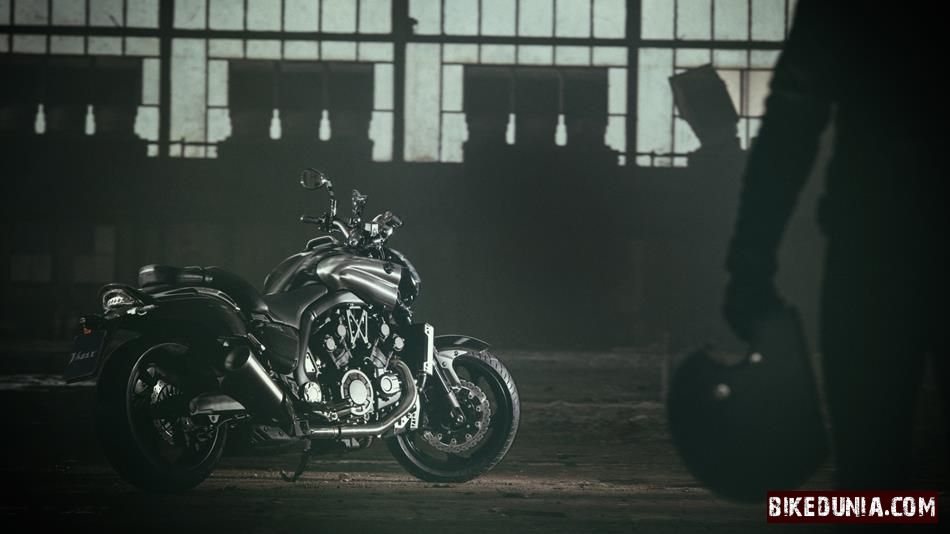 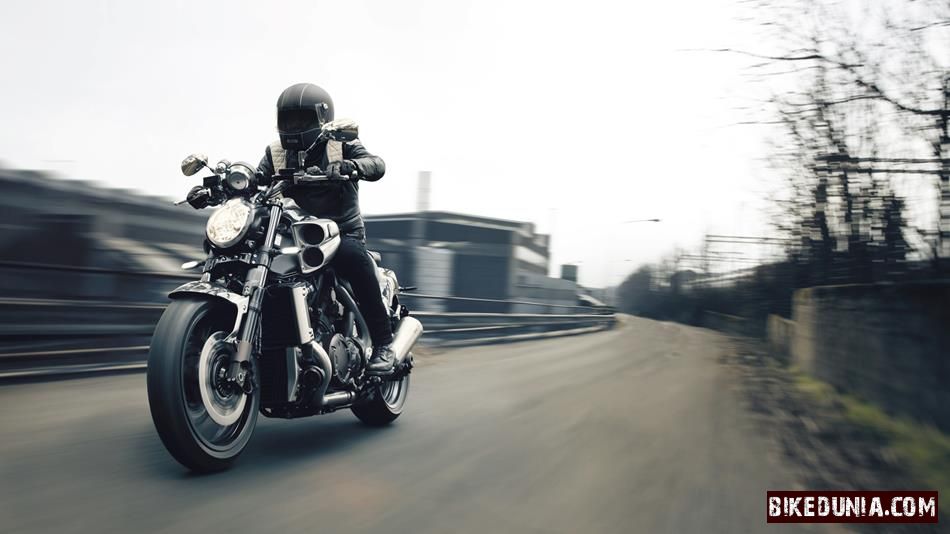 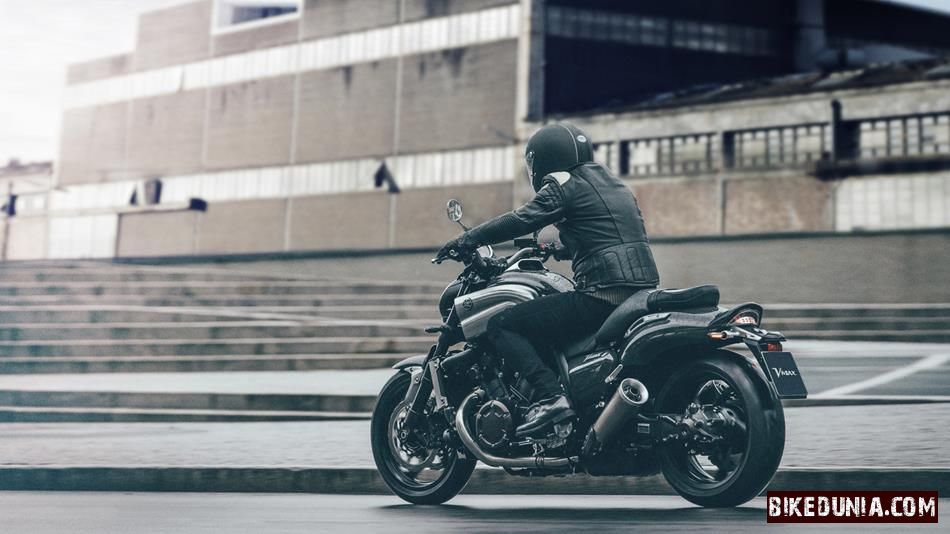 Though the motorcycle is not currently available in other markets, its available in for the customers in Europe. The all new Yamaha VMAX Carbon is priced at a whopping 15749 British Pounds (23,954 US Dollar) and will be available in two colour tones, specially the matte grey for the standard version and a Black Cherry black shade for the higher version.
Written by Akhil Venugopal.
Last updated on 09-02-2015. Published on 09-02-2015.