2015 is been a promising year for the Motorcycle makers Kawasaki launches the all new Vulcan S in the 650cc two wheeler cruiser segment. Unlike any other cruiser in this segment, the Vulcan S is targeted on a wide range of riders. Apart from the stunning features offered by the bike, it also has maintained the quality in ride comfort, performance, design and a next level of power generation. 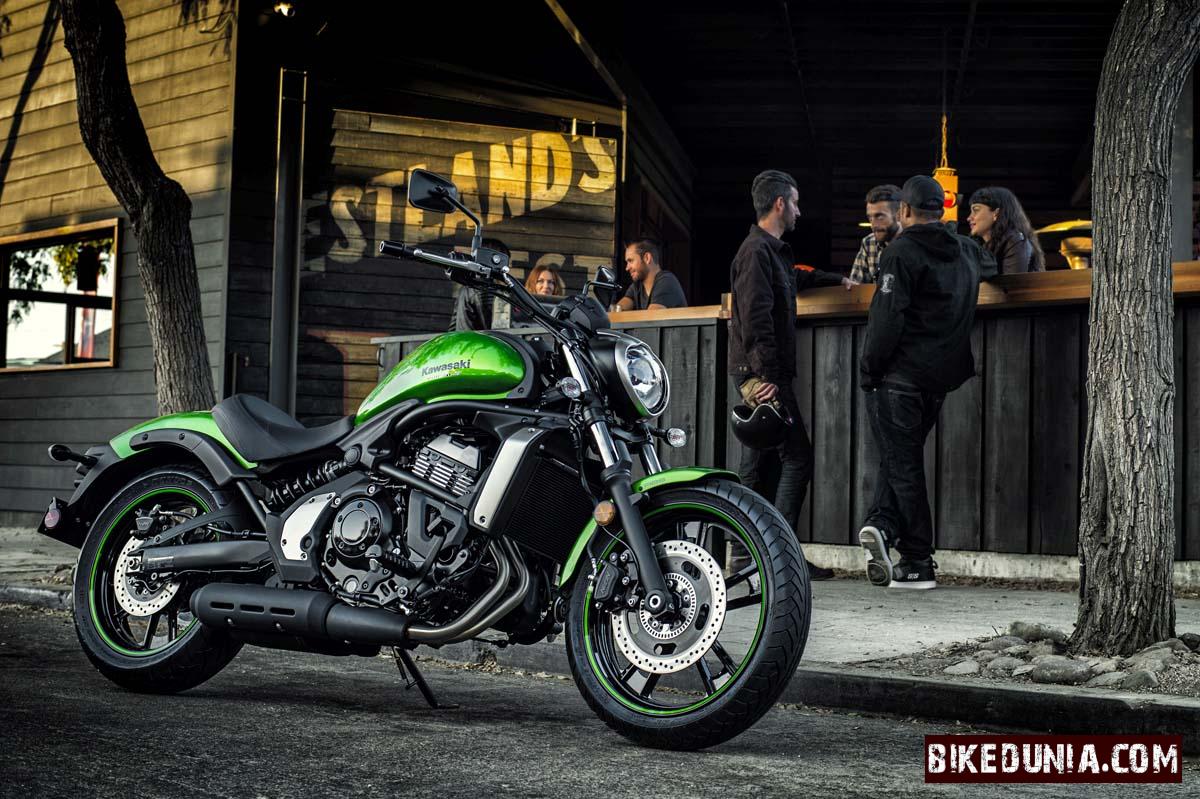 The design and styling features of the all new Vulcan S resembles that of its older and bigger versions yet the company has given the bike its own unique qualities in both styling and performance. A huge fuel tank is one such noticeable feature of the new Vulcan S. Attached to it is a pretty large and comfortable passenger seat which comes with a special feature termed as the “ERGO-FIT”. The Ergo-Fit is capable of re-arranging set of three type of handle and seat adjustment in the bike for the mos convenient riding position. According to the structure of the rider the seat and the handle can be altered. This makes the cruiser exceptionally adaptable to any kind of riders. A set of three possible adjustments like an extended reach, a mid reach and a reduced reach options are available in the Ergo-Fit feature of the bike. The bike is moulded over a High-Tensile steel double pipe perimeter frame which stands like a protective cage for the engine as well as the bike itself. 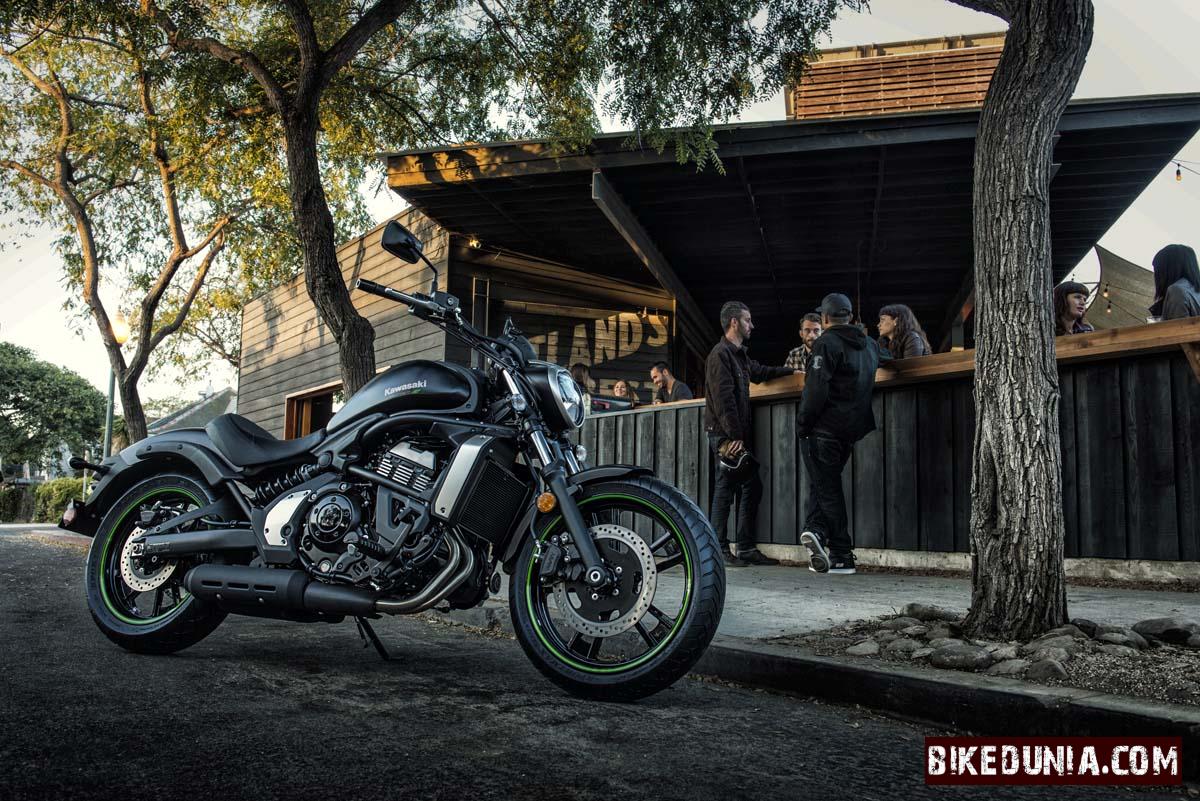 The Kawasaki Vulcan S commands the road with a smooth and refined 649cc liquid cooled parallel twin engine. The engine installed is rather light-weight which makes handling easier and renders high performance ratios. Sufficient amount of power and torque is delivered from the engine which makes the bike stable and rigid on the road. The 4-stroke, liquid cooled DOHC engine comes with eight valves per cylinder. The fuel system used in the Vulcan S is a DFI system with dual 38mm throttle bodies with sub-throttles. 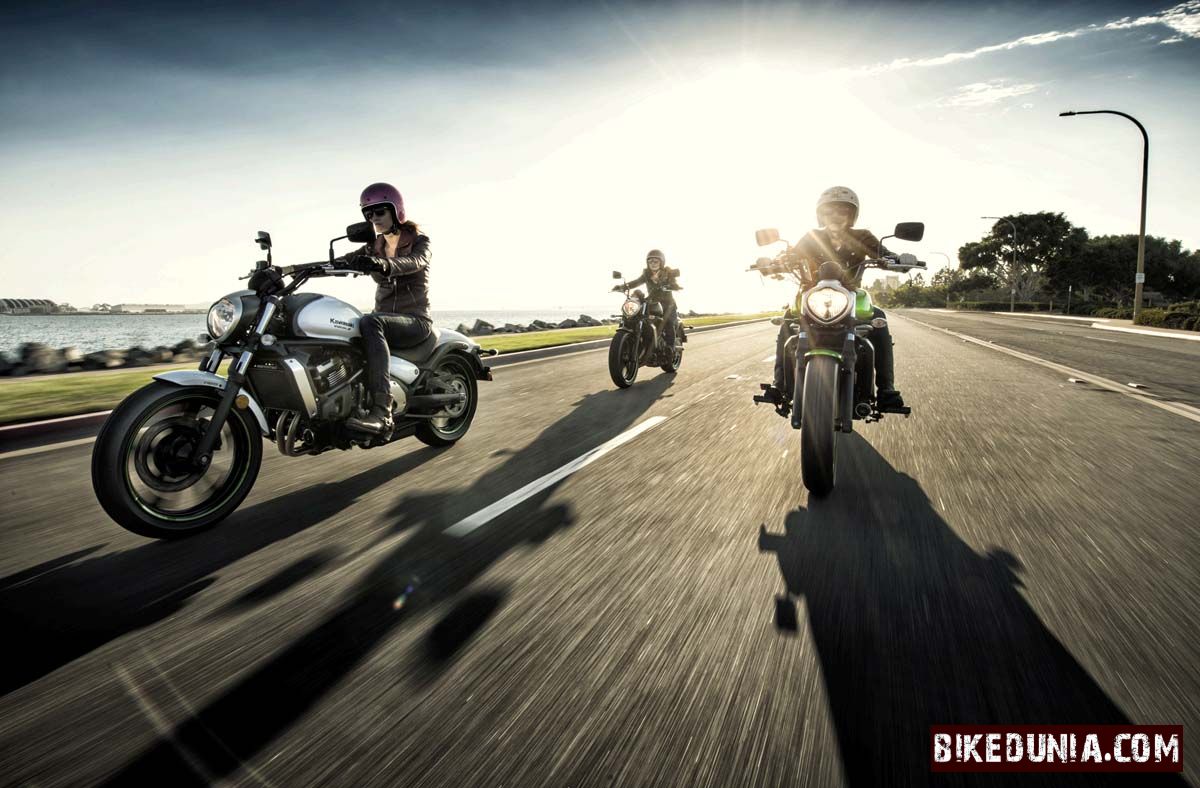 A six-speed with positive neutral finder transmission system is installed in the bike. The gearbox allows easy gear shift pattern which allows high rave points to reach the maximum speed. 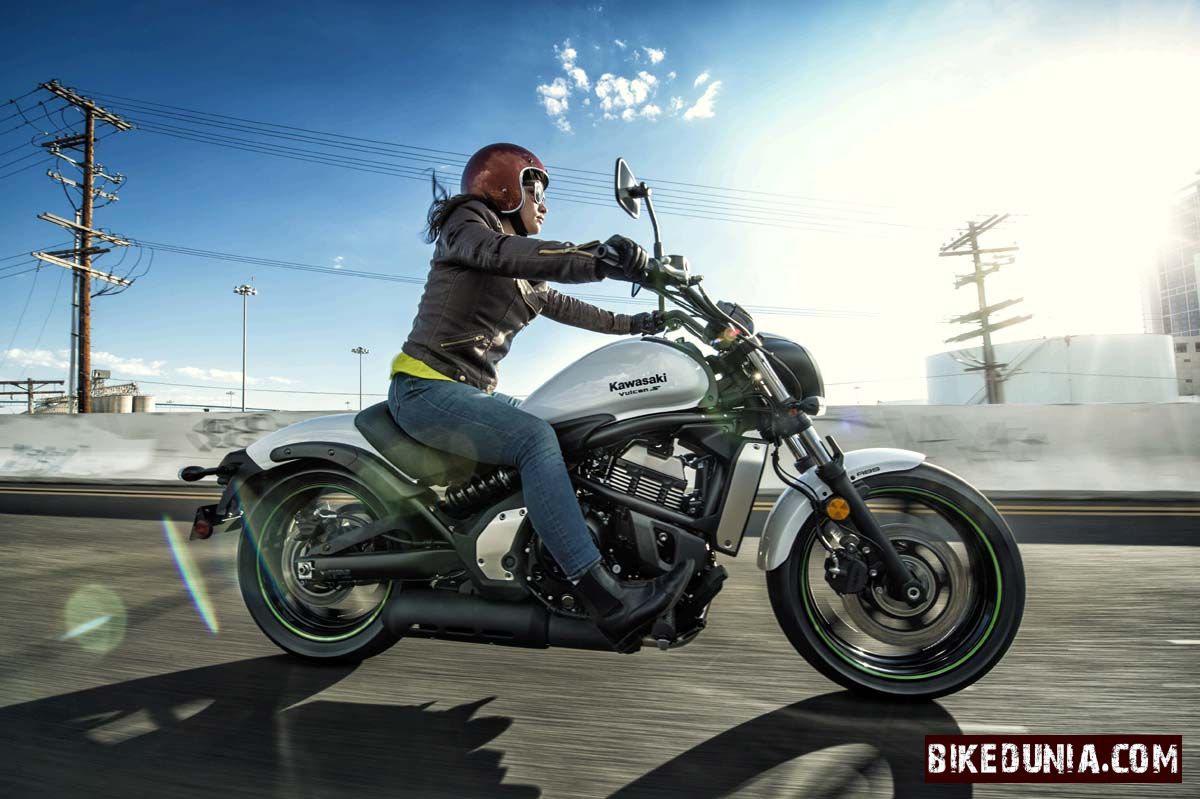 A 41mm Telescopic fork front and Lay down, off set rear shock with linkage and adjustable preload rear suspension system enhances smoother riding experience for the riders. The Vulcan S comes with a 120/70×18 and 160/60×17 front and rear tyres respectively. Safer and smoother ride is assured with a single 300mm front disc brakes with twin piston calipers and ABS and a rear single 250mm disc with single piston calipers. 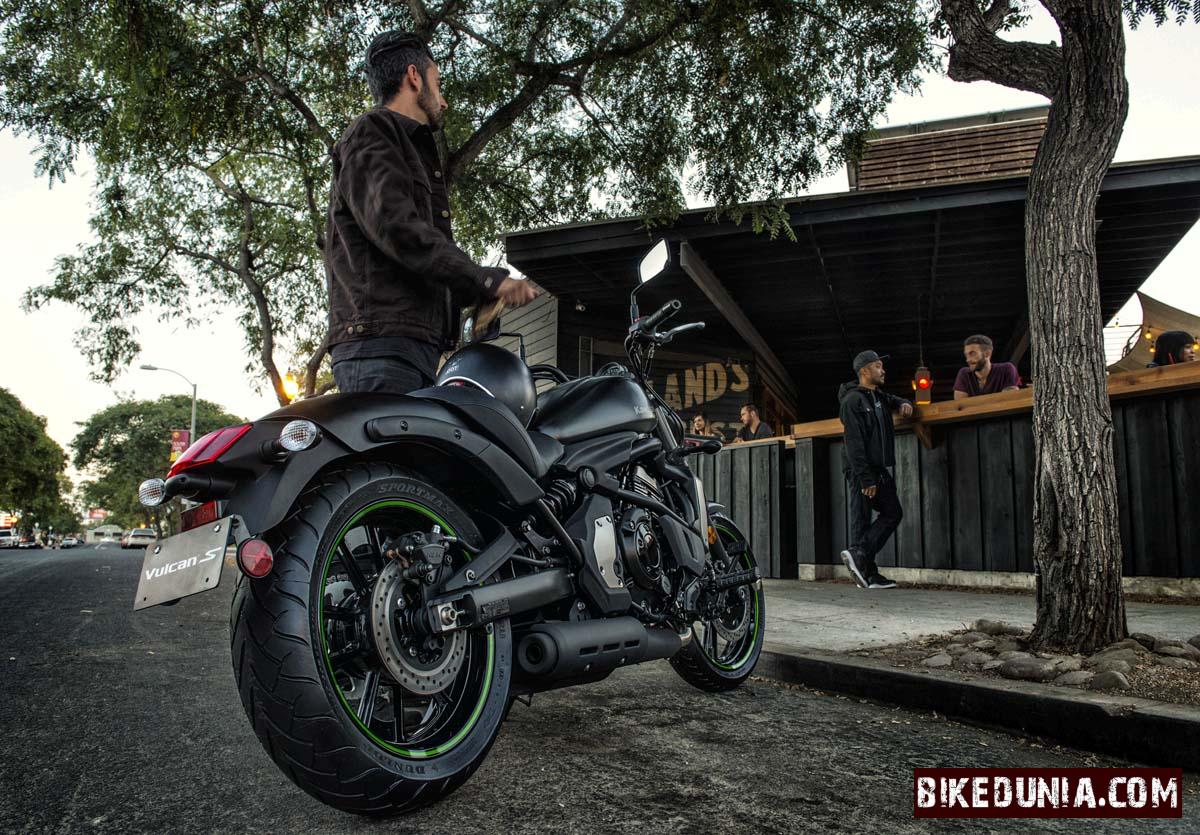 The Kawasaki Vulcan S will be available in three main colour tones.

Would this bike be available in India? I'm waiting to grab my hands on this beauty!
By Paul Martin on 04-02-2015