The Austrian motorcycle, bicycle and moped manufacturer, KTM Sportmotorcycle AG, which is already a hit premium bi-wheeler brand in India is all set to unveil the KTM RC8 and 350 EXC in Mumbai on 24th February 2013. This showcase of the two motorcycles shows the keen interest of the consortium towards the Indian two wheeler industry.

Earlier KTM had overtaken BMW Motorrad to become the number one player in the European market. KTM sold out 1,07,142 units in 2012, whereas the German giant could manage to sell only 1,05,000 motorcycles. This gives a lot of inspiration and confidence to the entire team and the company wants to carry on with more growth in Europe and outside the Europe. That’s why the firm is expanding the portfolio of bikes in other countries. Realizing the fact that India is a huge two wheeler industry where investment in bi-wheelers is safe and good business, KTM can’t skip the circle. 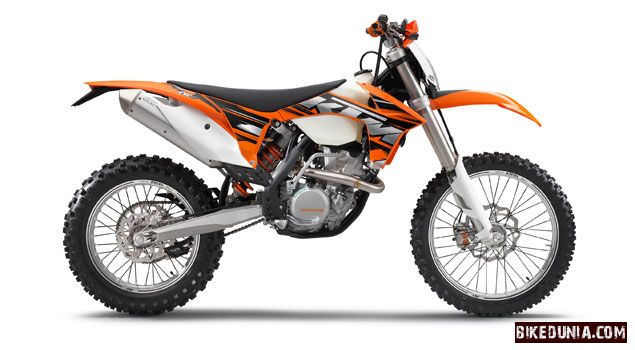 When KTM unveils the RC8 and the 350 EXC-F, all eyes across the country will have a watch in to the Norbit Mall parking space, Malad, Mumbai. KTM RC8 is a massive powerful racing bike. It comes with a 1148 cc, Two cylinder, 4-stroke, DOHC, water cooled engine. The machine is capable to produce maximum power of 210.74 HP @ 10000 rpm and maximum torque of 120 Nm @ 8000 rpm. This counts the machine to be the ruler of its dynasty. As usual, it has a 6 speed gear box. KTM ensures one of the best drives with a Cartridge, upside down Travel 120 mm Front Suspension and a mono shock, Swing arm Travel 125 mm Rear Suspension. It is equipped with drastic 320 mm Twin disc brakes at front and a 220 mm Single disc brake at rear. The RC8 which weighs up to 210 has a fuel tank capacity of 16.5 liters. 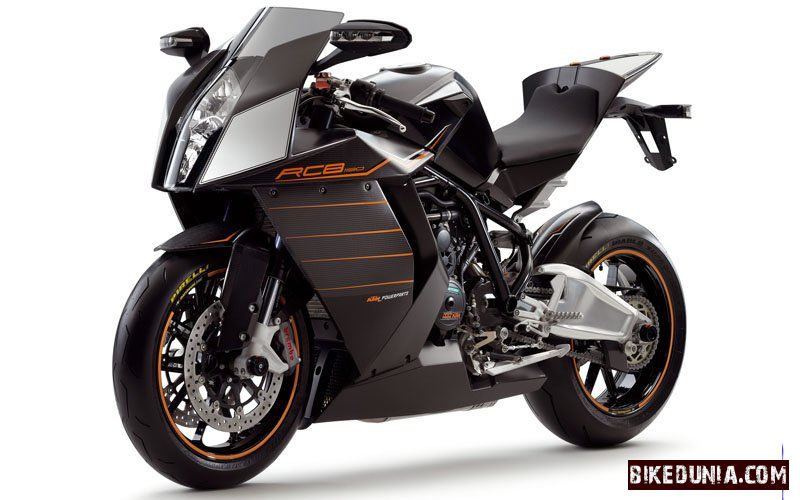 Meanwhile, the enduro KTM 350 EXC-F is an ultra-compact equipped with state-of-the-art electronic fuel injection and controllable traction on all terrain. Provided by a 349.7 cc, Single cylinder, four-stroke engine, which generates stunning power of 45 hp, the motorcycle looks to an extra ordinary element for mountaining. It is mated with a 5 speed gearbox.

At the same time, news is leaking out that KTM will be launching its much anticipated naked bike, the 390 Duke in March-April month this year.
Written by Bikedunia.
Last updated on 21-02-2013. Published on 21-02-2013.