A Whole New Styling Treatment for A Cruiser

The perennial luxury touring bike series from Honda, the Gold Wing, has finally released its all new 2015 Gold Wing Valkyire Power Cruiser. The immensely loaded, stylishly designed and luxuriously comfortable cruiser series of bike comes with performance and better features from that of its old model.

Now, the bike specifically defines the nature and culture of the country from which it was first designed. America, the name which without a question defines A big country and qualities such as Leadership, Independence, Freedom and a set of friendly people. The definition is clearly maintained by the Gold Wing Valkyrie. A cruiser bike series well fame for its style, exquisite design qualities and added on features such as luxury, performance, comfy seating, the combination of elements of technology and innovation. 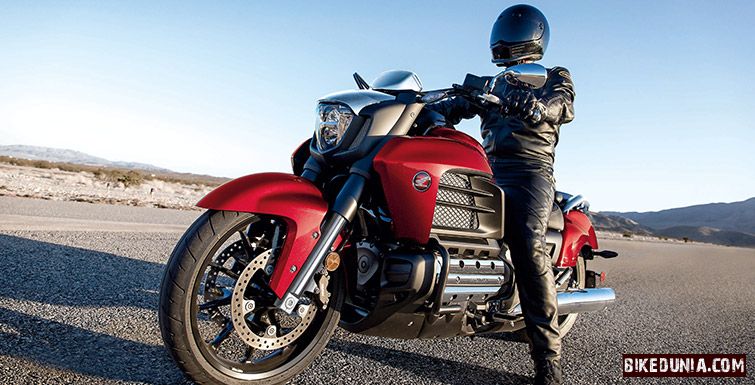 A big engine with tons of torque, the more cylinders the better. Supporting the elements with a low-slung chassis and a long stretch of highway or boulevard to let it stretch its legs, the vehicle is prepared to render the best in class space and power for the riders. 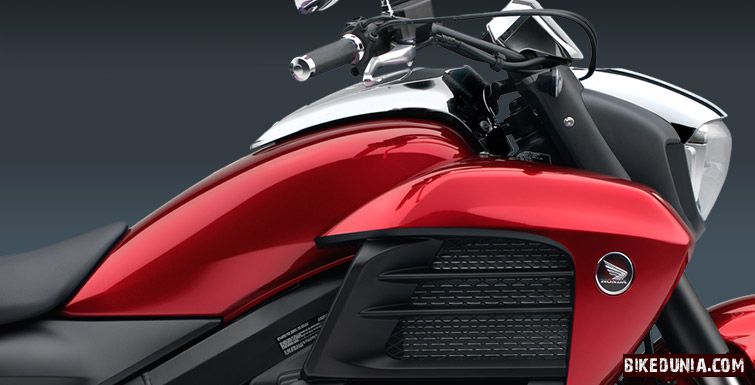 Size of the vehicle is directly proportional to that of its power and performance. Bigger, bolder and more outrageous than anything else on the road, the Valkyrie is a power cruiser unlike anything else. The biggest engine from the bike makers, a six-cylinder, 1832 cc engine is installed in a cruiser chassis and turned it loose on the road to deliver extra performance and bike riding experience. 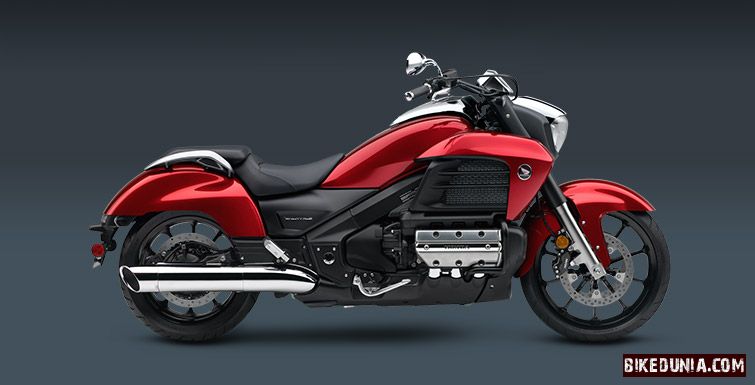 The 1832 cc liquid cooled horizontally opposed six cylinder engine is a hyper power element which ignites the bike to deliver maximum power and a tone of torque. A computer-controlled digital with 3D mapping system is the control system installed in the Gold Wing cruiser. With a pair of valves for each cylinder, a dozen valve energy releases more power and performance. Transmission system includes a five-speed shaft driven system. 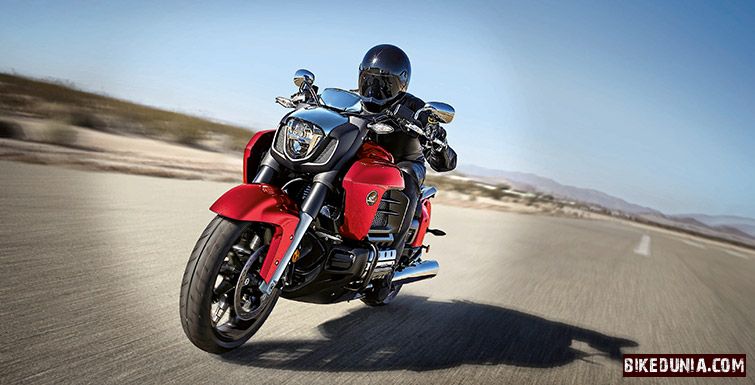 When the bike scores in almost all area where other of its kind fail, it still sticks on to the highest points scoring in the suspension system and braking system too. A 45mm cartridge fork with anti-drive system front and Pro arm single-side swing-arm with Pro-Link single shock with remote-controlled spring preload adjustment in the rear suspension system. Loaded with a 310mm disc and 316mm front and rear disc braking system the Gold Wing Valkyrie comes with a 130/60R-19 and 120/55R-17 front and rear tyres. 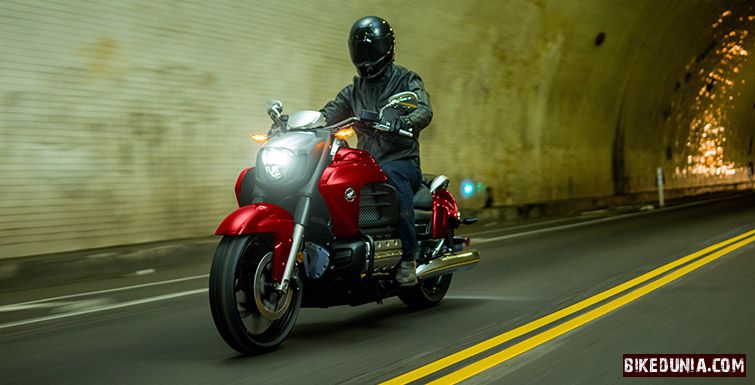 Other innovations in the bike such as Aluminium grab rails, slash-cut muffler, cutomizable seat, 10 spoke cast aluminum wheels and the unique cruiser design adds on to the overall look of the bike. With a huge 6 gallon fuel tank capacity the overall miles per gallon is 41 (MPG). The bike is only available in Candy Red colour tone. With an extended 3 year warranty the Honda Gold Wing Valkyrie is expected to turn out as the best in class power cruiser bike.
Written by Akhil Venugopal.
Last updated on 20-01-2015. Published on 20-01-2015.