Eider launched its all new cruiser bike, the Eider Ruddy.

Most iconic cruiser type bike has been launched in the 150cc two wheeler segment, the Eider Ruddy, claims to be the best in class ride in terms of styling and performance. A distinguishing factor of the bike, the design itself is a great component which makes it stand out from other bike types in the segment.

The macho look with matte and chrome combination of materials make it different from that of other bikes. Eider Ruddy comes with a seemingly bigger fuel tank which flows to a full stretch seat with slightly higher positioned rear passenger portion. The specifications and review of the bike will be soon updated by the company, although the engine, suspension and braking system details has been published.

Design and Styling
The Eider Ruddy is designed as a typical cruiser type bike. Seemingly big 12.8L stretched fuel tank, chrome plated long handle bars, attached to its middle is a single piece round head lamps. Towards the rear, a single stretch of passenger seat with a little higher positioned rear passenger portion. Bottom of the seat, the tail portion is beautifully designed to replicate the trendy design of the high powered cruiser bikes such as the Harley Davidson range of bikes.

The bike comes in a metallic black colour with a thin lining of red colour which adds on to the overall aesthetic appeal of this bike. In short, the bike is designed and styled according to the present trend of cruiser bikes. The designed may be inspired from the high powered cruiser bikes as mentioned before. Even though it replicates the high end cruiser bike models, the Eider Ruddy has its own design components which makes it even much more appealing than the later. 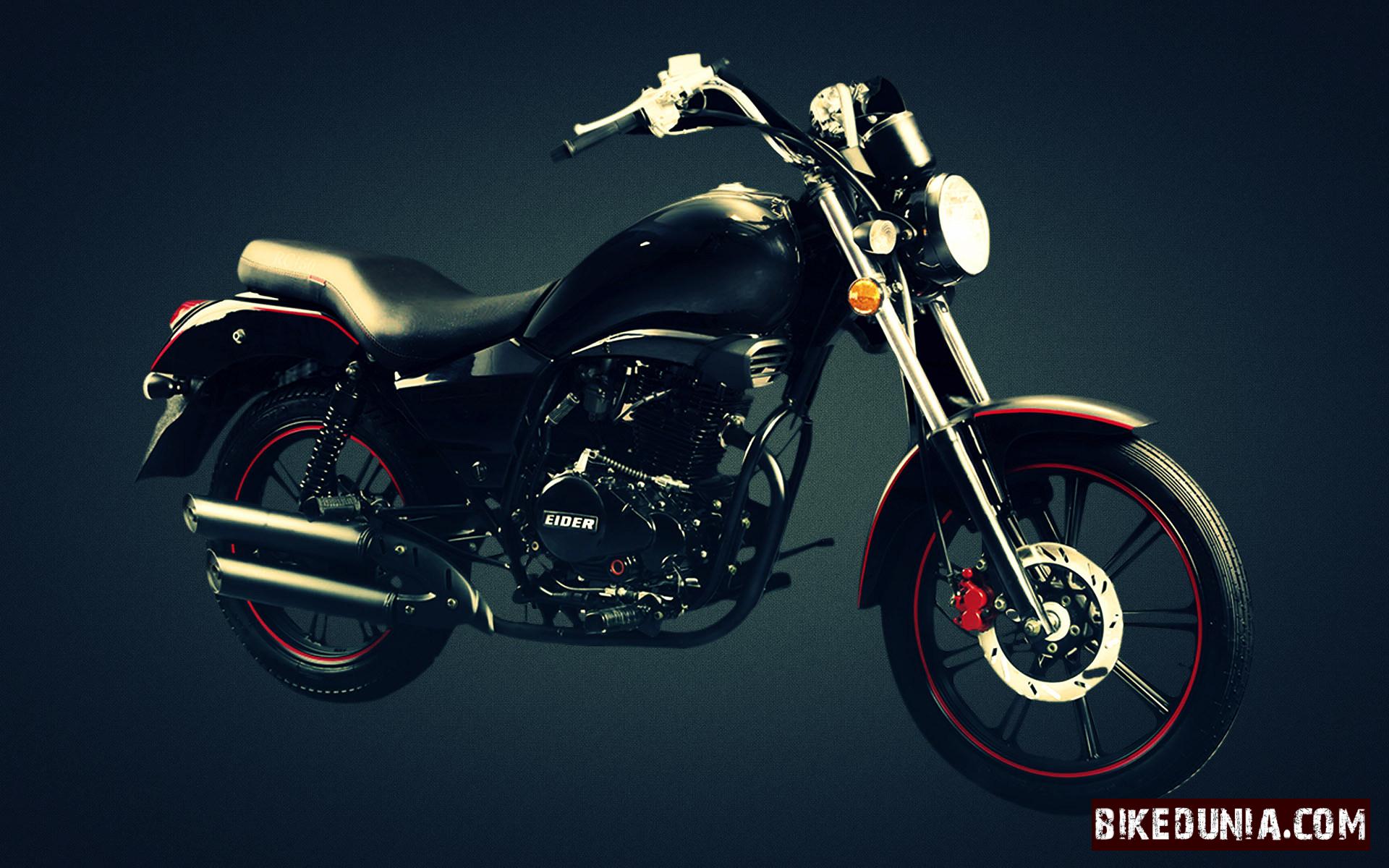 Engine, Transmission and Suspension
Eider has developed a 149cc single cylinder, 4 stroke, air cooled engine which delivers a maximum power output of 11.4PS(8.5KW) at 8500 rpm. A 5 speed Chain Driven transmission control system is used by the bike. The bike does rave quickly but the company assures a well balanced smooth ride to the customers with front telescopic fork suspension system and a read hydraulic suspension system installed in the bike. 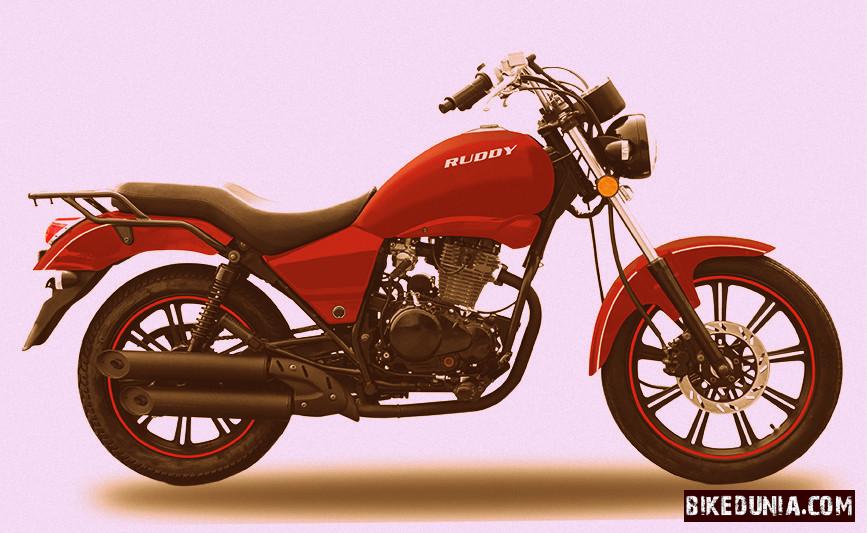 Tyres and Brakes
Safer riding experience is followed by the installation of front and rear disc and drum braking systems respectively. The bike features a 2.75-18/3.50-16 tubeless tyres in front/rear respectively. The front disc breaks comes in a typical red colour tone. 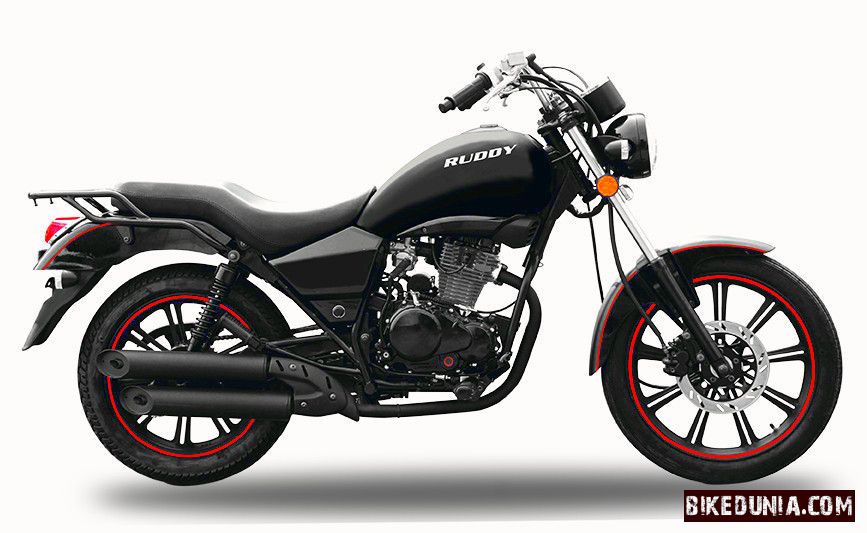 Colours
Availability of colour options for the bike is not yet updated in the official site, but the official images specifies the bikes may be available in three different shades.
* Black
* Read
* White 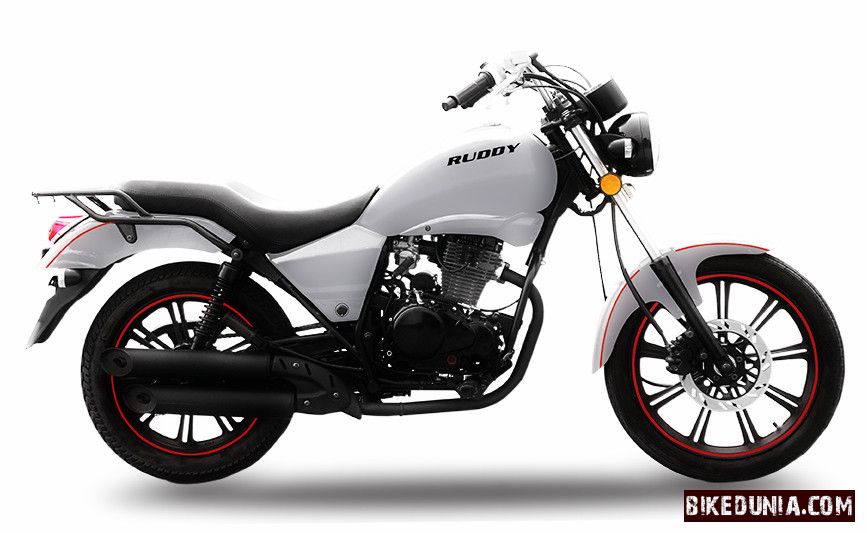 With the bike featuring all the essential components of a high end cruiser bike, the company is trying to sell out maximum units of the bike in the 150cc bike segment. The bike is targeted at almost all kinds of audience. The stunning design and assured performance of the bike are the assets of the ride. The bike will be soon available in the market along with 4 other vehicles from Eider.
Written by Akhil Venugopal.
Last updated on 09-01-2015. Published on 09-01-2015.