One of the biggest event in the biker's calendar

After providing a three days sporty moments to two wheeler maniacs the Carole Nash MCN Motorcycle Show 2013 got flagged off. The event was from February 15 to 17, at ExCeL London. It was a gorgeous experience for motorcycle fans across the world when a sea of motorcycles was displayed at the Excel hall in London, the whole bi-wheeler enthusiasts who came to witness the show got surprised and shocked at the stunning machines.

The show was dazing by the presence of premium class motorcycle brands such as Harley Davidson, Ducati, BMW, Triumph, Kawasaki, Yamaha, Moto Guzzi, Aprilia, Honda, Victory, MV Agusta, SYM and KTM. To ensure the last weekend to be more than funny, the organizers had arranged some interesting programs that can catch the attention of maniacs. 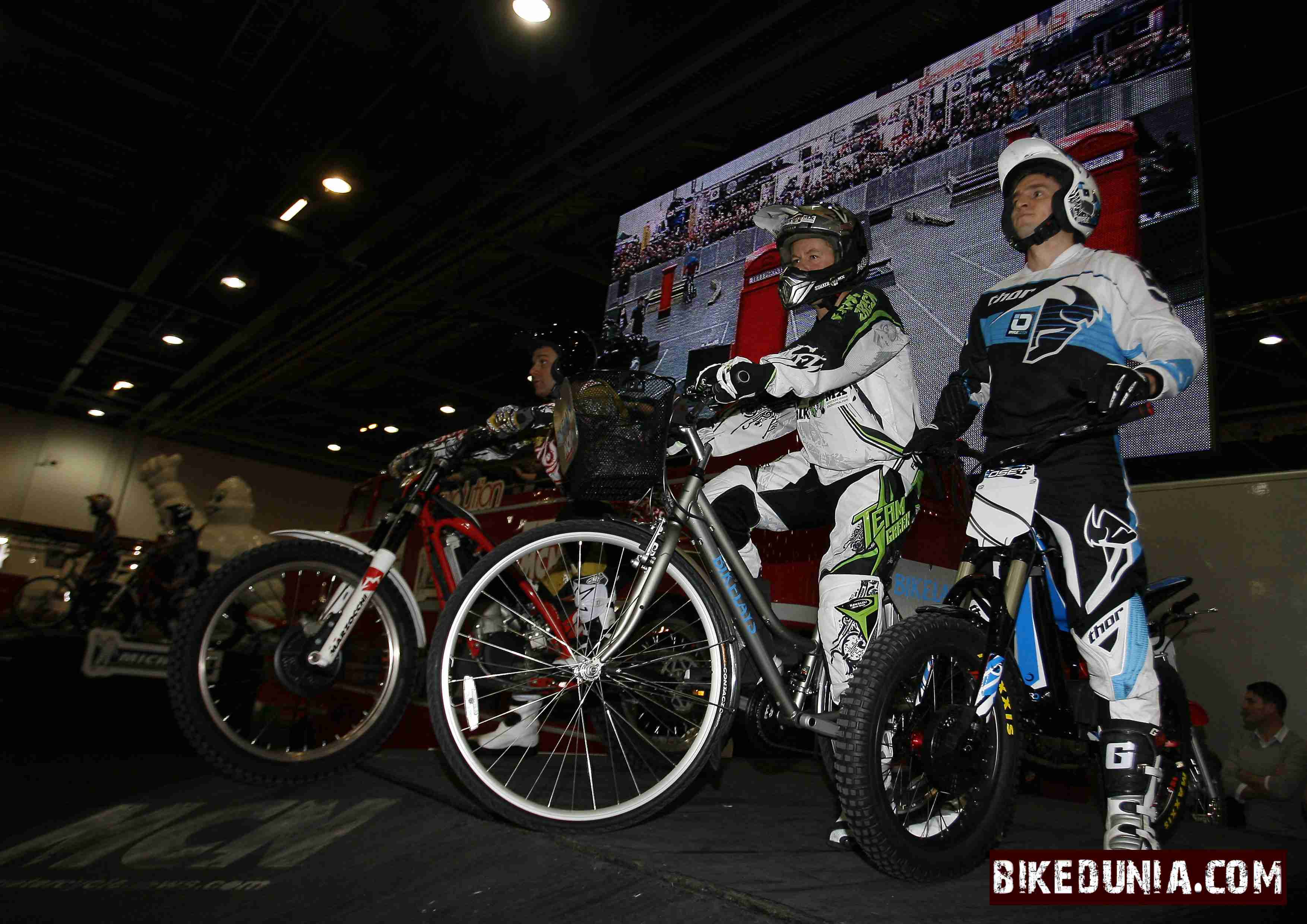 A battle for the title of Revolution champion was an interesting competition to be starred at. Along with the team-mates Tommy Hill, Dougie Lampkin, John McGuinness and Chris Walker, the two team captains, Neil Hodgson and James Whitham went head to head and provided a lively match to the spectators. 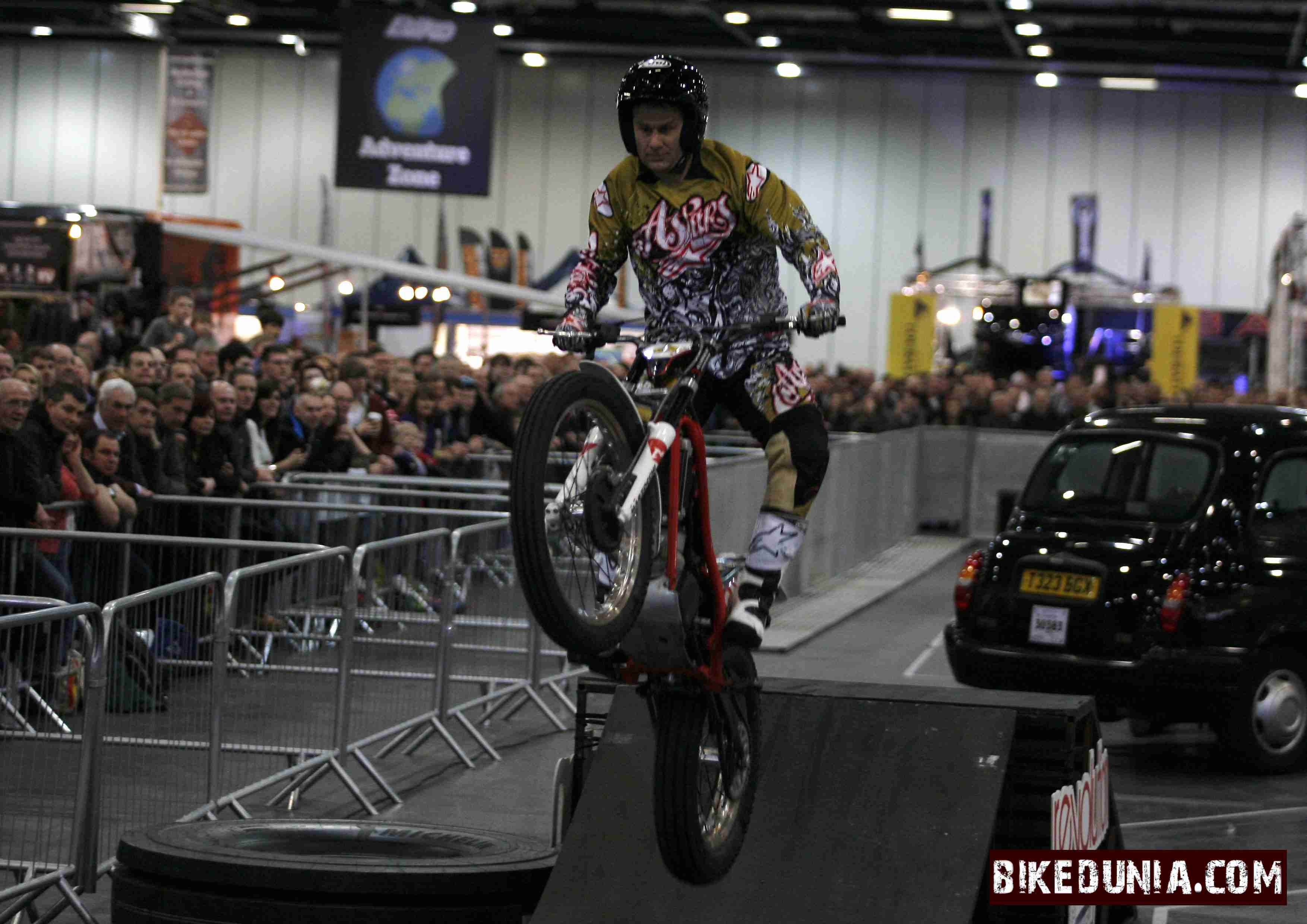 At the show, the Japanese motorcycle giant, Honda unveiled the Monkey. It is after 50 years Honda is bringing back the Monkey bike to the road. The bike is now renamed as the 2013 Honda MSX125. Here MSX stands for Mini Street X-treme. Manufactured in Thailand, the Honda MSX 125 comes with a 125cc, four-stroke, two-valve, single-cylinder, fuel-injected engine. It is capable to produce a power of 9.7 hp. The machine has already been nick named as the fun machine. 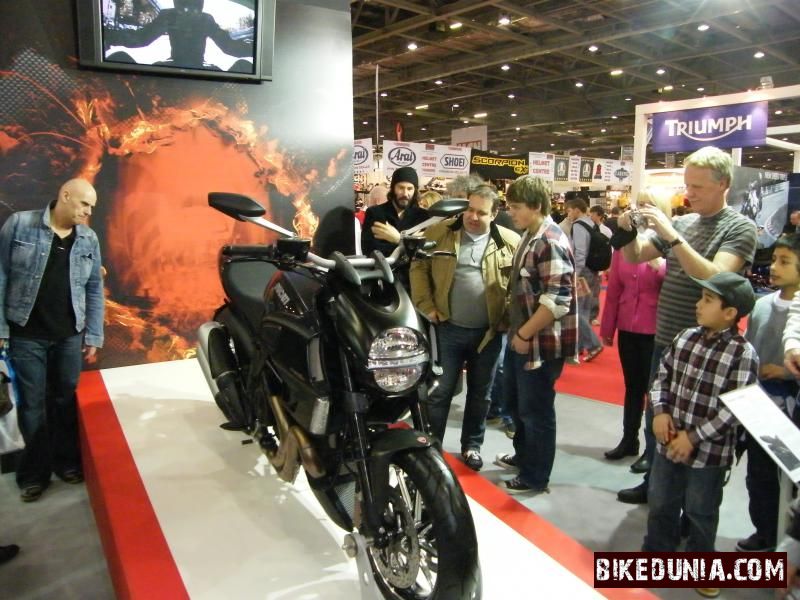 Meanwhile, the 'Yoshi fighter' which was built in honour of the famous Yoshimura race team took the title of Britain's Best Bike to win the Carole Nash Built in Britain competition. The Yoshi fighter is a modified version of Suzuki GSXR 1000. It comes with a new headlamp and customized exhaust that give a sporty feel to it. Along with it some body alterations have been done to decrease the weight. Its engine has been tuned to get more power on the race track.

A Harley Davidson machine with a Gulf-theme was one of the another major attraction of the show. Meantime, Michael Rutter and Tommy Bridewell were announced as riders for Bathams Honda in BSB for 2013. That was a great news for those superbike racers. Well, it's unfortunate to say that none of the machines could grab the AMD World Custom prize due to the modest number of participants.
Written by Bikedunia.
Last updated on 20-02-2013. Published on 20-02-2013.